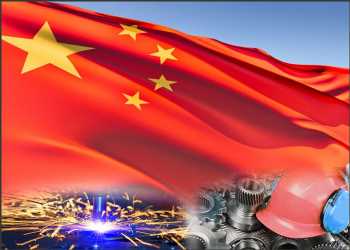 Industrial production posted an annual growth of 5.0 percent in October following prior month’s 6.3 percent rise, the National Bureau of Statistics reported. This was also weaker than the 5.2 percent rise expected by economists.

Due to the disruptions caused by the rising cases of COVID-19, retail sales dropped 0.5 percent annually, reversing the 2.5 percent increase seen in September. The decline was in contrast to the 1.0 percent expected gain.

The urban unemployment rate remained unchanged at 5.5 percent in October.

“With exports cooling, the property sector still in the doldrums and the zero-COVID policy likely to remain in place longer than many hope, the near-term outlook is gloomy,” Capital Economics Economist Zichun Huang, said.

The People’s Bank of China on Tuesday injected CNY 850 billion via one-year medium-term lending facility. The interest rate on the one-year MLF was retained at 2.75 percent. The bank also conducted seven-day reverse repo operations at an interest rate of 2.0 percent.

In the third quarter, the economy had expanded at a faster pace of 3.9 percent after the relaxation of Covid restrictions. However, the growth rate was short of Beijing’s target of ‘around 5.5 percent’ for the whole year.

The International Monetary Fund had projected China’s economy to grow 3.2 percent this year, but slashed the country’s forecast for next year to 4.4 percent.

$SOL: Crypto Analyst Explains Why Solana’s Price Crash May Have a Silver Lining