Decentralized finance (DeFi) protocol Trader Joe has announced its very first expansion from Avalanche and onto the Ethereum ecosystem, as part of its plans to access new markets and drive up user activity.

Thedecentralized trading platform announced its “multi-chain” expansion into Ethereum layer-2 scaling solution Arbitrum One on Dec. 1 and follows around a month after it stated its intention to expand to additional markets and ink new partnerships amid falling TVL and user activity in the third quarter.

The team stated that they’re working closely with Offchain Labs — the team behind Arbitrum One — to launch a testnet “within the coming days,” before officially deploying it onto the Arbitrum One mainnet in January 2023:

“Deployment to Arbitrum One is the next step in this global expansion effort and we look forward to introducing the innovative AMM built on Avalanche, and also working with new partners to benefit the collective DeFi ecosystems of Arbitrum and Avalanche.”

The deployment comes as Trader Joe has also expanded its ecosystem through partnerships and integrations with wallets, data clients and other vectors” since the second quarter as a means to spread the exposure of Avalanche and the Trader Joe itself.

Among the most notable recent partnerships include that of Trust Wallet and Crypto.com.

Trader Joe added that the protocol’s original AMM — Joe V1 AMM — would also move onto Arbitrum One in addition to the Liquidity Book AMM, which will bring “zero slippage trades and discretized liquidity provisioning to all Arbinauts.”

As for why Trader Joe chose to deploy its AMMs on Arbitrum One, the team said they were impressed by Offchain Labs’ efforts in building an ecosystem of DeFi protocols on the network, which is indicative of its 53.4% market share in total value locked (TVL) across all Ethereum layer-2 scaling solutions.

“Deploying (the) Liquidity Book will be a great addition to the vibrant ecosystem,” the team added. 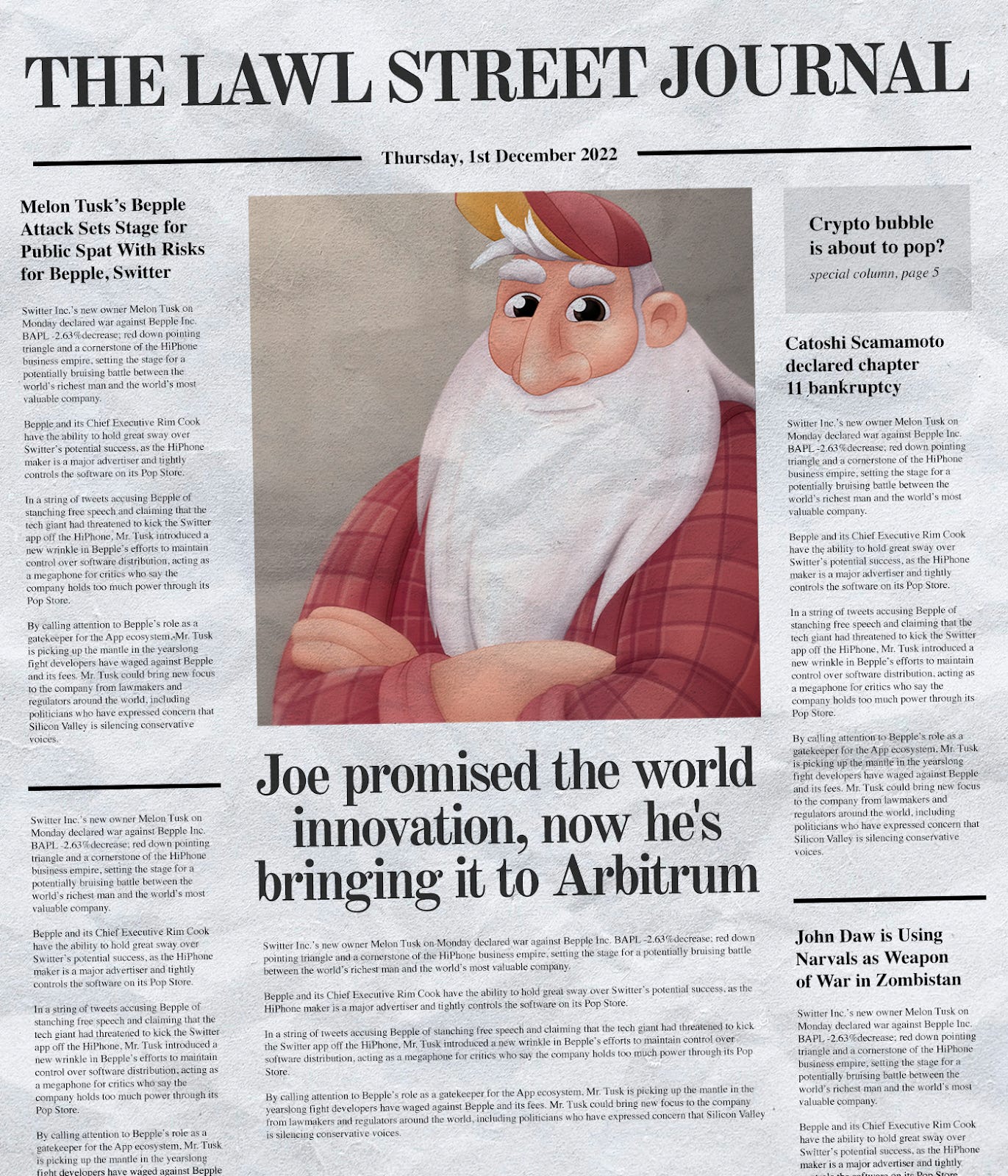 Despite announcing that it was “time to go global” on Crypto Twitter, the Trader Joe team confirmed that its “true home” and “top priority for all growth efforts” will continue to be on Avalanche.

The announcement appears to have a positive impact on the price of JOE, which increased 13.35% from $0.163 to $0.185 over an eight hour period before cooling off to $0.179, according to data from CoinGecko.