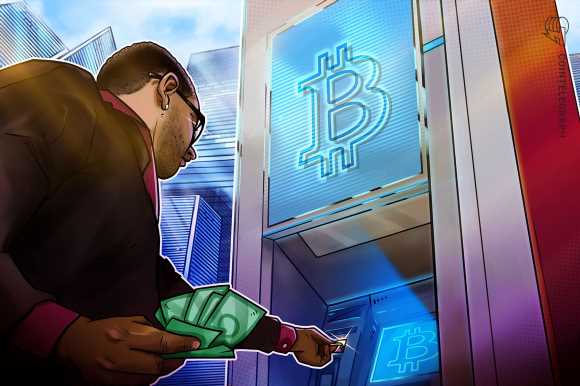 Hyosung America has signed a partnership deal with cash-to-crypto provider DigitalMint that enables Bitcoin (BTC) purchasing across the firm’s 175,000 ATMs located in the U.S.

Apart from offering its own BTC and Litecoin (LTC) payment rails such as ATMs, bank wires and tellers, DigitalMint also provides software API integrations that allow retailers or ATM operators to sell BTC through their machines.

As part of the deal, which was announced on July 12, Hyosung America will add DigitalMint’s crypto buying services to its upcoming API-based app store, which is being built for the firm’s ATMs.

However it will be up to the specific ATM operator to decide whether they want to incorporate DigitalMint’s services or not, which means it is unlikely the majority of Hyosung’s 175,000 ATMs will actually support BTC buying.

The CMO for Hyosung America, Brad Nolan stated the API-based app store will not only offer ATM operators a chance to sell BTC, but also offer a chance to provide a host of new services on them:

“With the app store, any ATM operator using our retail software platform can subscribe and download apps such as DigitalMint, to enable their ATMs to do more — driving new revenue streams for the operators and the retailers with whom they partner.”

Given the scale of Hyosung America’s ATM network, it may provide significant customer exposure for DigitalMint’s services. It is unclear if the duo have plans to launch further collaborations however, considering that DigitalMint offers crypto buying services for just two crypto assets.

Hyosung America is the North American subsidiary of South Korean firm Hyosung, Inc, and claims that it is the “largest provider of ATMs” in the U.S. The company has not made any notable plays in crypto apart from this, but given that it is working on an API-based app store, more crypto partnerships could follow.

According to data from Coin ATM Radar, as of this month there are currently 33,772 Bitcoin ATMs installed in the U.S., making it the country with the most BTC ATMs in the world. For contrast, second-placed Canada has just 2,438 BTC ATMs installed, while the combined figure for the entire world stands at 38,430.

Coin ATM Radar data suggests that interest in crypto friendly ATMs is waning, with Cointelegraph reporting on June 5 that global Bitcoin ATM installations hit a record lowin May of just 202, a range not seen since 2019. The figure did surge back to around 714 by June, however the number is still well off ATH figures of 2,037 posted in August 2021.