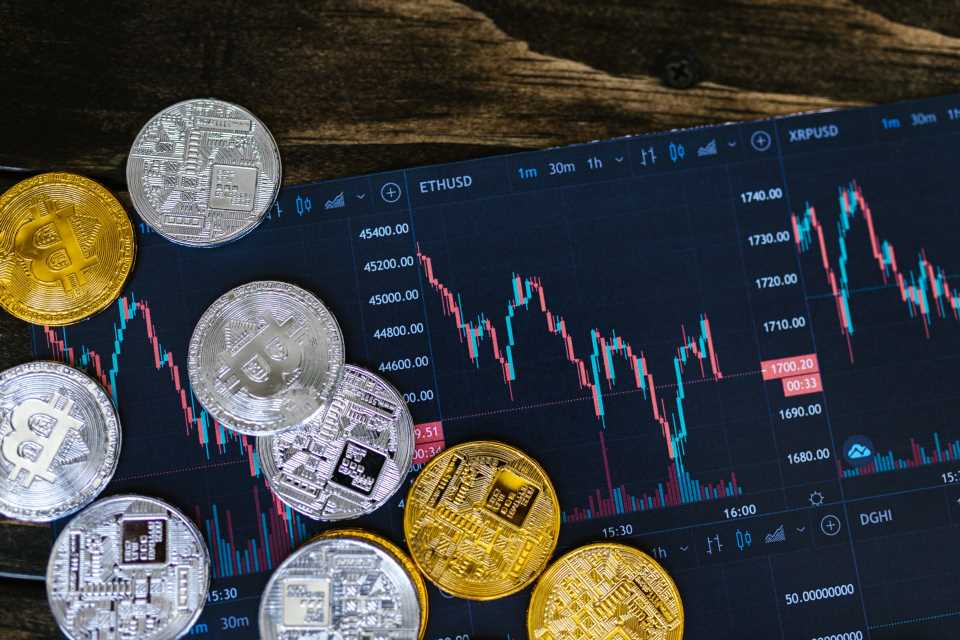 How Is Bitcoin Price Determined?

You have likely seen the price of Bitcoin fluctuate from $3,200 to $69,000 and then down once again below $20,000. But how is Bitcoin price determined? Which are the factors that decide which is going to be Bitcoin’s price? There are many things to take into consideration, as this is not as simple as it seems.

You have likely seen the price of Bitcoin fluctuate from $3,200 to $69,000 and then down once again below $20,000. But how is Bitcoin price determined? Which are the factors that decide which is going to be Bitcoin’s price? There are many things to take into consideration, as this is not as simple as it seems.

In this Bitcoin guide, we are going to tell you all the things you should know about Bitcoin price and how is determined by market forces. We will focus on supply and demand, Bitcoin scarcity, monetary policy from central banks, and many other things.

Let’s start with one of the simplest questions: what is Bitcoin? Bitcoin is the largest cryptocurrency in the world with a market valuation that stands at $380 billion at the time of writing. Its price fluctuates on a daily basis and it became a great alternative to traditional financial assets.

Bitcoin has a total supply of 21 million that will be mined by the year 2140. Furthermore, it works with a Proof-of-Work (PoW) consensus algorithm that allows the network to run smoothly and without issues. Every close to 10 minutes, blocks are processed by the network, making it possible for transactions to reach their respective wallets.

Bitcoin is the largest cryptocurrency, but there are thousands of other digital assets. Over the course of the years, Bitcoin remained the largest and most valuable digital currency thanks to being decentralized, censorship-resistant, and secure.

Bitcoin has also become the most secure crypto in the market. This is thanks to its Proof-of-Work consensus algorithm and the way in which the digital asset works. In order for it to suffer an attack, a government, institution, or group of people would require massively large amounts of energy and hardware.

People and institutions that use Bitcoin know that the network is extremely secure and that it has been this way for many years now. Hence, Bitcoin is becoming one of the alternative currencies to send and receive money around the world.

In order to understand how is Bitcoin price determined, we should have a look at how the Bitcoin price behaved over the last few years. According to data shared by CoinGecko, Bitcoin has had a very bumpy road to reaching an all-time high of $69,000 in November 2021.

Back in 2013, Bitcoin was traded below $1,000, which allowed users and investors to enter the market at early stages. After reaching $1,000 in 2013, there was a beaer market that lasted several years before Bitcoin started to move higher once again.

In 2017, Bitcoin hit an all-time high of $20,000. This was a period in which Initial Coin Offerings (ICOs) were expanding and offered new tokens and coins to investors. Additionally, institutions entered the market for the first time and invested in Bitcoin.

However, as it always happened, a new bear market affected the whole crypto market and Bitcoin fell to $3,200. Then, a new bull market started and it pushed the price of BTC to $69,000 in November 2021. This was the top of the market, which pushed the prices down over the last few months.

Indeed, Bitcoin fell below $18,000 for a short period of time and stabilized close to $20,000. In the future, Bitcoin could continue to move lower, but it would highly depend on a different number of factors. So how is Bitcoin price determined? Let’s have a look at what experts say.

How is Bitcoin Price Determined?

Let’s have a look at how is Bitcoin price determined. There are different factors that could affect the price of BTC. The things to take into consideration include the supply and demand for BTC, the scarcity of this digital asset, and monetary policy from central banks.

Supply and demand are among the most important things determining Bitcoin’s price. As we mentioned before, Bitcoin is a scarce asset that will never increase its supply. Therefore, when there is a demand shock, the price is the natural mechanism to adjust this imbalance between supply and demand.

Thus, one of the main determinants of Bitcoin’s price is supply and demand. When demand grows, the price tends to move higher. Instead, when demands decreases and supply outpaces demand, then the price moves lower. This is what we see during bull and bear markets: periods of demand surpassing supply and vice-versa.

Each day, there are 900 BTC released to the market on average. This is thanks to Bitcoin’s proof-of-work algorithm that rewards miners with 6.25 BTC per block. In order for Bitcoin’s price to grow, demand should be larger than 900 BTC.

Every four years, the reward for miners gets halved. There is a 50% reduction in the rewards that miners receive. The next halving event is expected to take place around May 2024. This would reduce the rewards for miners from 6.25 BTC per block to 3.125 BTC per block, reducing the new daily supply of Bitcoin to 450 BTC a day.

This is one of the ways in which Bitcoin price fluctuates. When you will ask how is Bitcoin price determined, you already know that one of the ways to do so is by supply and demand. The price works as a natural balance between a supply that is fixed or constant and a demand that is variable. The larger the imbalance, the larger the volatility that there would be in the markets.

It would be very simplistic to say that Bitcoin’s price is determined only by supply and demand. There are other things that we should take into consideration if we want to answer the question of how is Bitcoin price determined.

Bitcoin is a scarce asset. There will never be more than 21 million BTC, meaning that there is a strong incentive from investors to accumulate as many Bitcoin as possible. This is something that adds a constant demand to BTC.

As you can see, Bitcoin scarcity is closely related to its price through supply and demand as well. Bitcoin is a scarce asset, and investors know it, which pushes the price higher of his virtual currency. In the future, with a larger demand and a smaller number of BTC available for investors, it might be possibel for BTC to move even higher.

The price of Bitcoin is also determined by its scarcity. Otehr virtual currencies that are not scarce, for example Dogecoin (DOGE), have a lower price and they are more volatile than Bitcoin as well. Furthermore, it would not be enough to create a cryptocurrency with a very limited supply and expect its price will skyrocket, because demand has to be there for it to have value.

This is how scarcity combines itself to supply and demand. Investors should pay close attention to scarcity and how it affects Bitcoin price over time. It is among the most importnat factors that determine the price of this digital currency.

Secondly, the transition from a dovish to a hawkish FED marked the top of the market in November 2021. We can certainly say that Bitcoin and stocks became highly correlated over the course of the last years. As risk assets such as stocks moved higher over the last years, Bitcoin followed the trend.

The same happened with the market crashed, Bitcoin followed. This happened because when there is free money given away to everyone, money losses value. There are more monetary units around in the economy, and financial prices tend to move faster than other markets that are less liquid.

If interest rates are low, risk assets grow and expand, and Bitcoin is considered to be a risk asset. When centrla banks started to print money to “help” people face the COVID-19 crisis, Bitcoin and digital assets started a new bull market. This bull market ended in 2021 when the FED decided to start increasing interest rates to control inflation, which is now growing at 9% on a y/y basis.

As we can see, there is a large number of things that determine the price of Bitcoin and how it evolves in the market. We should take into consideration these things when analysing the price action of this virtual currency in the coming years. It might be possible to see Bitcoin moving higher in the future if interest rates start moving lower.

How is Bitcoin price determined? As we have seen in this guide, there are some things that could affect the price of the largest cryptocurrency in the world. Among these things we find supply and demand, scarcity, and monetary policy from central banks.

Thinking About Returning To School As An Adult? Here Are A Few Things To Consider Before Enrolling
Technology