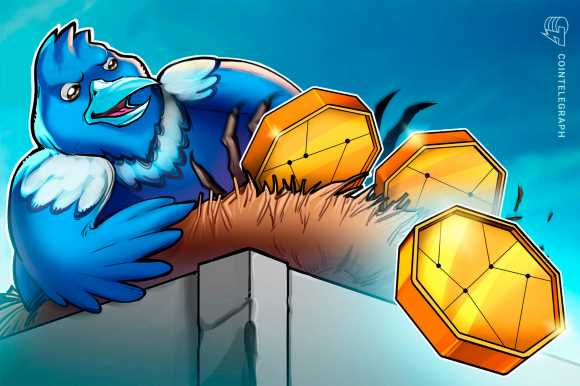 Twitter is a platform for community members to discuss various perspectives on issues within the crypto space. However, productive discussions are often hindered by bots that spam “why is no one talking about this?” often paired with a link to shady projects or scam landing pages. Because of this, the community expressed their ire in various ways, with some employing satire and even art.

Crypto analyst Lark Davis posted a screenshot of bots pretending to be the Binance CEO, Changpeng Zhao. Davis tagged Twitter and urged them to sort out the issue. The analyst described Twitter threads as a “bot wasteland.”

Being the person impersonated by bots, Zhao also commented on the issue, saying that bots should be a high priority on Twitter’s to-do list. The Binance CEO shared a video showing many of his impersonators flooding a thread. Zhao also clarified that if it was not obvious to people, he did not comment on the thread that he showed.

As a way to point out the issue, crypto trader Scott Melker posted a replica of the spammers’ words in all caps. Meanwhile, an artist made his own statement by turning the scam tweets into a digital art costume.

While the members of the community made very clear points, it did not stop the bots from once again flooding the Twitter threads of those trying to call for a fix.

In April, billionaire Elon Musk said in a talk that if he successfully purchases Twitter, one of his top priorities will be the elimination of scam bot armies within the social platform. According to Musk, bots are making the platform “much worse,” highlighting the issue.

On Aug. 21, a cybersecurity analyst published a thread that aims to help inexperienced crypto users to avoid scams based on Twitter. The analyst highlighted that scammers use many strategies such as fake airdrops, fake projects and malware, to name a few.