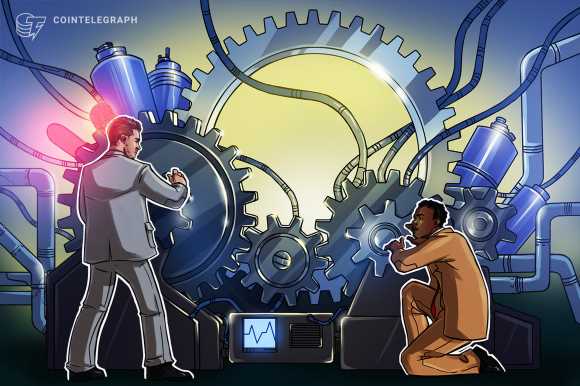 Cryptocurrency exchange and Initial Coin Offering (ICO) platform CoinList took to Twitter to address “FUD” after a blogger tweeted that users reported being unable to withdraw funds for over a week, sparking fears the company was having liquidity issues or w insolvent.

“There is a lot of FUD going around that we would like to address head-on,” CoinList said in a Nov. 24 Twitter thread that stated the exchange is “not insolvent, illiquid, or near bankruptcy.” It said however that its deposits and withdrawals are affected by “technical issues.”

Crypto-focused blogger Colin Wu had earlier tweeted to his 245,000 followers that “some community members” using CoinList have been unable to withdraw for over a week due to maintenance.

CoinList has a $35 million creditor claim with bankrupt crypto hedge fund Three Arrows Capital which Wu said in his tweet was a “loss,” that likely triggered concerns the company was insolvent or illiquid.

Looking to dampen fears that have seen bank runs on other platforms, CoinList explained that an upgrade to its internal systems and a migration of wallet addresses that involves “multiple custodians” is being undertaken.

The company cited unexplained “custodian issues” as the reason a selection of cryptocurrencies “are taking longer than anticipated to migrate” with one of its unnamed custodian partners suffering from an “outage […] unrelated to the migration” on Nov. 23 which impacted tokens on the platform.

“Once again, this is purely a technical issue, not a liquidity crunch,” CoinList said. It claimed to hold “all user assets dollar for dollar” and noted it plans to publish its proof of reserves.

Cointelegraph has contacted CoinList for more information but did not immediately receive a response.

Related: FTX illustrated why banks need to take over cryptocurrency

CoinList claimed on Nov. 14 that it had no exposure to the now-bankrupt FTX exchange, but users are increasingly nervous about centralized platforms and have rushed to ensure safe custody of their assets as evidenced by the surge in sales reported in mid-November by hardware wallet providers Trezor and Ledger.

Around the same time, outflows of Bitcoin (BTC) and stablecoins from exchanges hit historic highs and a corresponding uptick in activity was seen on decentralized exchanges.