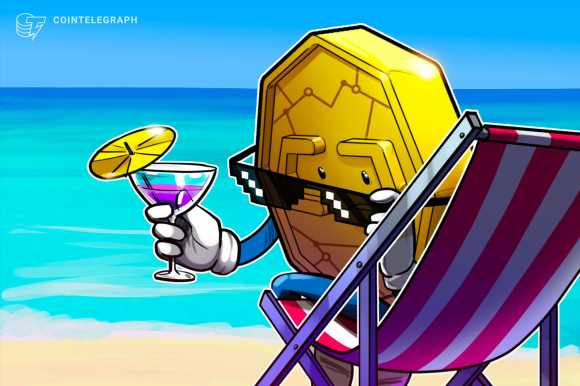 The Caribbean nation of St. Kitts and Nevis may declare Bitcoin Cash (BCH) legal tender by March 2023. Prime Minister Terrance Drew made that announcement while he spoke at the Bitcoin Cash 2022 conference in St. Kitts on Nov. 12.

St. Kitts and Nevis is a member of the Eastern Caribbean Central Bank and part of the ECCB’s DCash central bank digital currency (CBDC) program, which was launched in March 2019. “Our nation has always been a forward-thinking nation and a leader in exploring new technologies that can advance our people,” Drew said, but he added:

“I can confirm that we are prepared to explore that possibility with the guidance of experts and professionals and after consultation with our regional banking system. […] I welcome the opportunity to dialog further with a view to exploring future opportunities to engage in Bitcoin Cash mining and making Bitcoin Cash legal tender here in St. Kitts and Nevis by March 2023, once safeguards to our country and our people are guaranteed.”

Bitcoin Cash was created from Bitcoin (BTC) in a 2017 fork. The DCash program has had technical problems that have impeded adoption. Besides introducing new competition to DCash, the Caribbean nation may be eyeing its replacement. Sint Maarten Member of Parliament Rolando Brison spoke after Drew and expressed his support for Bitcoin Cash and his opposition to a CBDC.

Related: Bitcoin think tank: Reject CBDCs and look to BTC and stablecoins instead

Brison opposed CBDC as “too much of a danger to consider.” He said:

“I love the fact that in our jurisdiction, the central bank has at least been open enough to say and admit, ‘We don’t have the capability to monitor and engage and promote and safeguard something like this.’ […] If they can’t properly regulate the banking sector, […] why would I give them now a huge mandate to do something that they have no idea about? […] The legislator should be the one to have a say on what happens in regulation.”