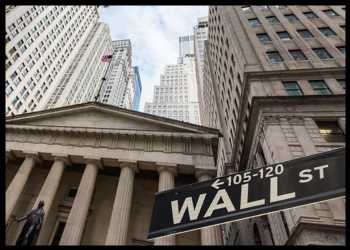 The U.S. economic data scheduled to release this week might get special attention this week. Producer Prices, Import and Export Prices, Retail Sales, Industrial Production, Housing Starts, and Existing Home Sales are expected in the next days.

The G20 meeting in Bali and the meeting of world leaders are keenly watched by investors. President Joe Biden and Chinese Premier Xi Jinping met at Bali, Indonesia on the sidelines of the G20 summit. They have met earlier face to face in 2017. Biden said the world expects the U.S. and China to discuss challenges such as climate change, food, and security and he said he is committed to keeping the communication open.

Xi said when the world has come to a crossroads, “we need to chart the right course for the China-US relationship.”

Early signs from the U.S. Futures Index suggest that Wall Street might open lower. Asian shares finished mostly down, while European shares are on a positive note.
As of 7.00 am ET, the Dow futures were sliding 84.00 points, the S&P 500 futures were down 15.50 points and the Nasdaq 100 futures were falling 75.75 points.

On the economic front, the six-month Treasury Bill auction will be held at 11.30 am ET.

Euro Stoxx 50 which provides a Blue-chip representation of supersector leaders in the Eurozone, is up 0.32 percent.