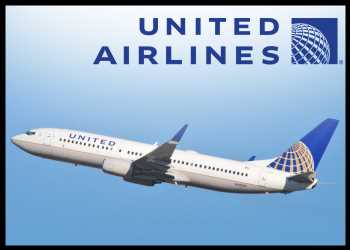 United Airlines Offers 5% Pay Hike To Pilots Ahead Of Schedule

United Airlines Holdings Inc. is giving pilots a 5 percent pay raise as promised during a pandemic cost-reduction deal, reports said. The pay hike is months ahead of schedule following the airline’s return to profitability and positive outlook.

The news came as the airline is struggling to come to terms on a new contract with its pilots’ union, The Air Line Pilots Association or ALPA, which represents United’s more than 13,000 pilots.

During the Covid-19 pandemic struggles, United had promised to boost pilots’ hourly pay by 5 percent once the airline returned to a pre-tax margin at or above 5 percent for 12 months.

As per the deal, United had to pay the 5 percent pay increase in May 2023 only. However, the company returned to profit with a strong surge in demand and reported a pre-tax margin of 9 percent in the last quarter.

In a message to pilots, Bryan Quigley, senior vice president of flight operations, said the company now plans to implement the pay hike in December.

He wrote, “This is a show of good faith and a down-payment on a market-based, industry-leading labor agreement. It’s also recognition of the role that you played in helping United survive the pandemic and recover so much stronger.”

Recently, the United pilots’ union voted to reject a tentative deal that would have included raises of more than 14.5 percent over 18 months, noting that the deal did not reflect United’s agreement to improve several of the work-rule provisions that were found to be problematic.

United pilots reportedly plan to picket outside the company’s flight training center in Denver next Tuesday.