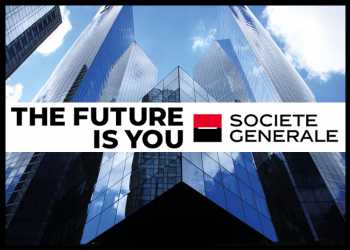 Fréderic Oudéa, the Chief Executive Officer, said, “The third quarter is marked by increasing revenues, continued control of operating expenses and a contained cost of risk, while maintaining a prudent provisioning policy… The coming months will enable us to continue to implement the strategic initiatives underway, which would ensure sustainable growth and profitability…”

The company noted that on September 30, its Board of Directors decided that at the next General Meeting it would propose Slawomir Krupa as Board member to succeed Oudéa as Chief Executive Officer of the Group in May 2023.

The results reflected the resilience of French Retail Banking with a 0.5 percent rise in revenues, strong 5.6 percent growth in International Retail Banking and in Financial Services, and a robust performance from Global Markets and Financing & Advisory, the company noted.