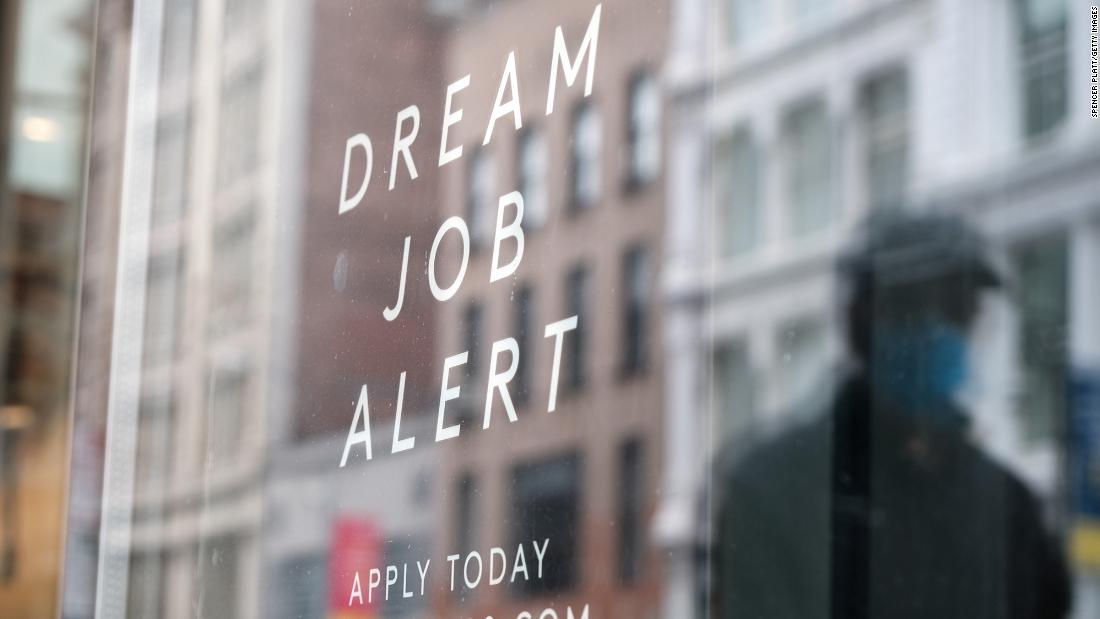 (CNN)On Friday, the Bureau of Labor Statistics reported that the US unemployment rate had ticked up to 3.7% in August, an increase that surprised economists who had expected it to remain at July’s 3.5%.

In a normal labor market, rising unemployment is a red flag. But even though today’s labor market is far from normal, last month’s rise in unemployment is actually an indication that the job market is normalizing, economists say.
One of the main reasons unemployment ticked higher in August was because more people were working or actively looking for work. Labor force participation rose three-tenths of a percentage point to 62.4%. While still a full percentage point lower than its pre-pandemic level in February 2020, the August jobs report offered the first glimmer of hope that there might be some relief ahead when it comes to the tight supply of workers. 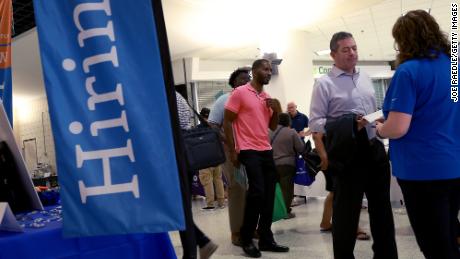 “In the current context where labor supply has been a key constraint… this rise in the labor force participation rate is actually very encouraging,” said Gregory Daco, chief economist at EY Parthenon.

Increasing the supply of available workers is positive for the economy, even if it does increase the official jobless rate, US Secretary of Labor Marty Walsh said in an interview with CNN’s Jim Sciutto on Friday. It’s a sign that a lot more people are looking for work, which is a plus, given the extraordinary lengths to which employers are going to recruit and retain workers in a labor market with 11.2 million job openings.

“If the unemployment rate goes up a little bit because of that, that’s okay. Because there are still many job openings in United States of America and we need to get more people back into work,” Walsh said, adding that he was “very encouraged” by the growth in labor force participation.
Gary Burtless, labor economist at the Brookings Institution, echoed that sentiment. “That is something we’ve been worried about in this recovery — that too few people are looking for work and that’s causing a lot of labor market tightness,” he said.

Improvement in the number of prime-age Americans between the ages of 25 and 54 joining the workforce was especially heartening, he said. “A lot of the increase in the civilian labor force is in the population we’ve been most worried about,” he said.
This is good news — even if they’re not finding jobs right away, Burtless added. “[Some] entered the workforce but they didn’t immediately find work, and consequently were added to the ranks of the unemployed,” he said, which is why the unemployment rate rose even as the economy added jobs.
Even after increasing, unemployment is still very low by historical standards, which suggests that policymakers and lawmakers alike will have to stomach a higher rate of joblessness if they want inflation to moderate, said Ken Kim, senior economist at KPMG.
“That 3.7% unemployment rate is probably still adding to inflation in the US economy through higher wages,” he said. “We think the unemployment rate will have to rise to 5.5%… to get inflation back to the Fed’s 2% target.” Wages rose at an annualized rate of 5.2% in August, the same as in July. 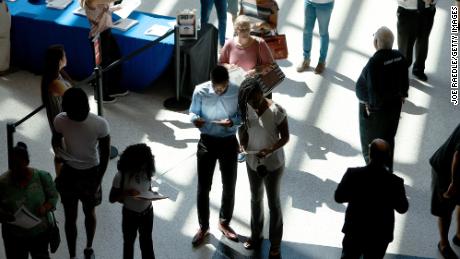 The combination of higher pay and a higher cost of living is likely motivating at least some of the new job seekers. “With inflation running at 8.5%, household finances are under pressure. If you’re currently without a job, you’re probably reassessing your financial situation, your wealth situation, and stepping back into the labor pool to maintain your standard of living,” Kim said.
Aside from inflationary pressure, economists said stock market volatility, receding fear of Covid and a new school year in which in-person learning is once again the de facto norm are prompting more people to reenter the workforce.

“We also are seeing improving health conditions… probably helping alleviate some of the strains we’ve seen on the child care front,” Daco said. “Public school are open on a more reliable basis. We’re seeing some signs that some education workers are returning to the labor force, and that has knock-on effects” by freeing parents — mostly mothers — from child care obligations that were keeping them out of work.
“It’s the fact that you know the school is not going to close every time there’s a case,” he said.
Source: Read Full Article