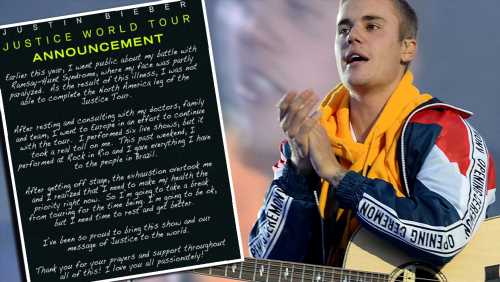 Justin Bieber Taking A Break From World Tour: “I Need Time To Rest And Get Better”

“I need to make my health the priority right now,” Justin Bieber wrote today in a message posted to his Instagram Story. As a result, the superstar singer said, “I’m going to take a break from touring for the time being.”

Bieber had resumed his Justice World Tour in late July after it was postponed multiple times. He announced in 2021 that he suffers from Ramsay Hunt syndrome and the facial paralysis it causes.

This is the fifth time Bieber has had to pause or postpone the 130-date tour. It was bumped from 2020 to 2021 and then to 2022 because of Covid. Earlier this year, it had to be postponed yet again when he got Covid and then again in June of 2022 due to his battle with Ramsay Hunt syndrome. And now, again.

At one point in June, Bieber posted a video highlighting and explaining his condition which, for a singer, is likely especially difficult to deal with.

In today’s announcement, he mentions performing at Rock in Rio over the weekend and doing six shows in Europe. “I gave everything I have,” writes Bieber, “but it took a real toll on me.” 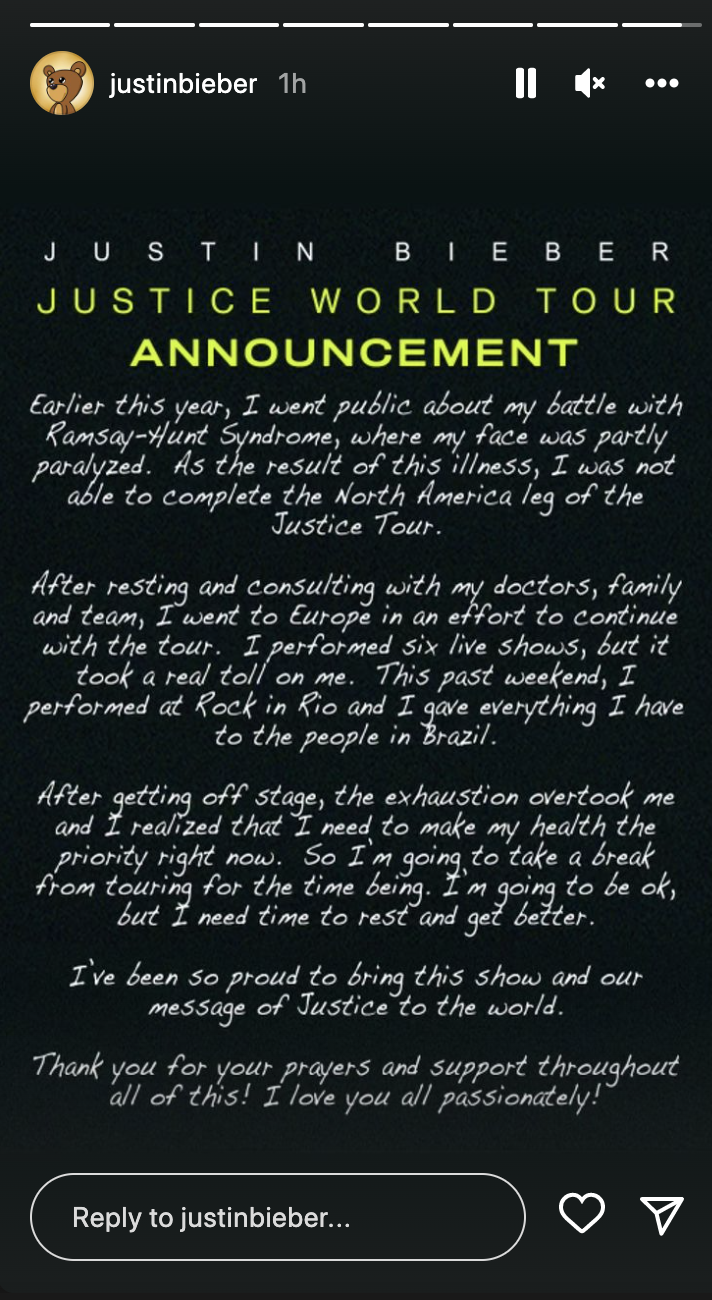 There are about 70 dates left on his Justice World Tour, all of them outside the U.S. The tour was scheduled to run through March 2023.