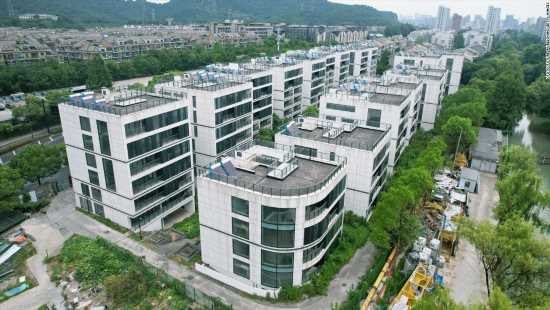 Hong Kong (CNN Business)China is trying to ease panic over two of the biggest issues threatening social stability in the country—mortgage boycotts and frozen bank accounts.

On Sunday, the China Banking and Insurance Regulatory Commission urged banks to increase loan support for real estate developers so they can complete unfinished projects, as thousands of disgruntled homebuyers are staging a mortgage boycott across the country.
In China, real estate firms are allowed to sell homes before completing them, and customers have to start repaying mortgages before they are in possession of the new property. These funds are used to finance construction by the developers.

The payment boycott comes as a growing number of projects have been delayed or stalled by a cash crunch among property developers. Evergrande defaulted on its debt last year, and several other companies are seeking protection from creditors.

Home prices are also falling, putting some buyers underwater: They may be locked into a property that is now worth less than they agreed to pay, making them anguished about meeting their mortgage payments. 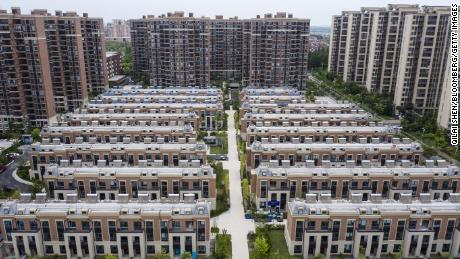 Buyers across 18 provinces and 47 cities had stopped making payments by last Wednesday, according to multiple state media reports and data compiled by Shanghai-based research firm China Real Estate Information Corporation.
The regulator pledged Sunday to work closely with local governments to ensure timely delivery of unfinished residential projects, according to a report by China Banking And Insurance News, the regulator’s own publication, citing an unnamed official from the CBIRC. 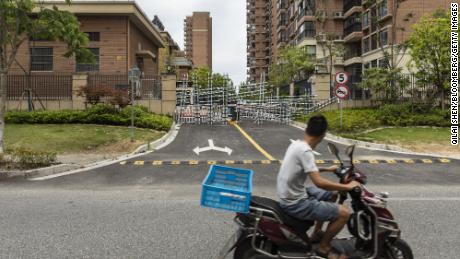 Stocks in the region were also partly boosted by hopes for more stimulus from China. The Hang Seng Index climbed 2.7% while the Shanghai Composite gained 1.6%.
But analysts advised caution.
“While this move [by the regulator] is encouraging, the issue is very complicated and it is unlikely the CBIRC will be able to handle it on its own,” said Nomura analysts on Monday.

To address rising public anger over frozen deposits at some rural banks in the country, the regulator on Sunday pledged to boost capital buffers for thousands of small banks, which are facing worsening balance sheets amid a weak economy and a slump in property market.
Protests have erupted in recent weeks in central China, as thousands of depositors couldn’t access their savings at several rural banks in the region.
The regulator added that it has already allowed local governments to issue over $15 billion worth of special bonds to replenish small banks’ capital this year. It will work with the finance ministry to approve an additional $30 billion worth of bonds by the end of August.
This move comes days after Chinese authorities said they will start refunding some bank customers whose accounts have been frozen for months. 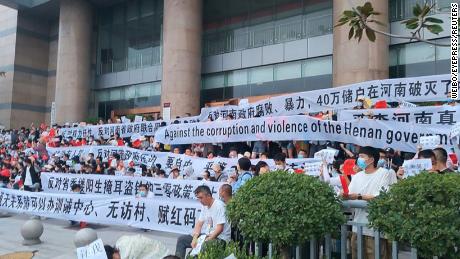 Protestors launched a mass demonstration earlier this month in Zhengzhou city, Henan province, which was crushed violently by authorities. It was the largest protest yet by the depositors, who have been fighting for months to retrieve their frozen savings.

Policymakers in the world’s second largest economy are facing mounting challenges to keep growth steady, as the country contends with a sharp slowdown in activity due to Beijing’s stringent zero-Covid policy, a bruising regulatory crackdown on the private sector, and a real estate crisis that is causing rising bad debts at banks and growing social protests.
On Friday, China reported its gross domestic product, the broadest measure of its economy, grew 0.4% from a year ago in the second quarter. That was the weakest performance since the first quarter of 2020.
Source: Read Full Article