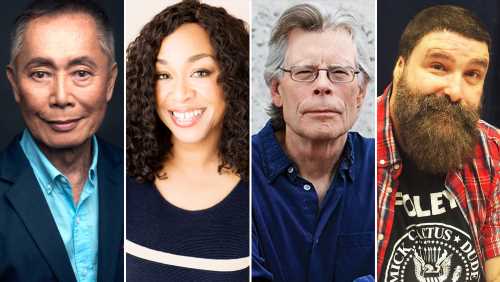 Hollywood’s Twitter Exodus: Who Has Quit, Who Has Threatened To Quit And Who Refuses To Leave

Ever since Elon Musk announced he would buy Twitter in April, a number of prominent showbiz types have had a sinking feeling. Some of them, like Mia Farrow, announced at the time that they were considering quitting.

The actress wrote in April, “Well if Twitter becomes even more toxic—with Trumpy-treasonous lies & all the hatred—it will be taken less seriously, and people like me will quit—for peace of mind.”

She has since modulated that stance expressing hope that Musk can “keep Twitter worthy of your previous achievements and of lawful people everywhere.”

Wrestling legend Mick Foley wrote in April, “I’ll be giving some serious thought to leaving [Twitter] for good in the near future…I do not have a good feeling about where this platform is heading.”

“I decided I needed a @twitter break,” wrote Foley, “since the new ownership – and the misinformation and hate it seems to be encouraging – has my stomach in a knot. I really do enjoy connecting with all of you on social media, but it can get overwhelming sometimes. I think I’ll be back on in a few weeks…”

The others who more recently either deleted their accounts or definitively announced that they are quitting the platform include Grey’s Anatomy/Bridgerton/Private Practice mastermind Shonda Rhimes, Grammy-winner Sarah Bareilles and Thirtysomething actor and This Is Us producer Ken Olin.

A range of other prominent figures have either threatened to quit (Stephen King), signed off for a break which may or may not become permanent (Toni Braxton, Téa Leoni, Josh Gad and Billions co-creator Brian Koppelman, Bill & Ted star Alex Winter), expressed concern (tech journalist Kara Swisher) or have defiantly said they will stay and fight the tide of nastiness (Rob Reiner and George Takei).

See below for a breakdown of all the tweets by category, with context as needed. 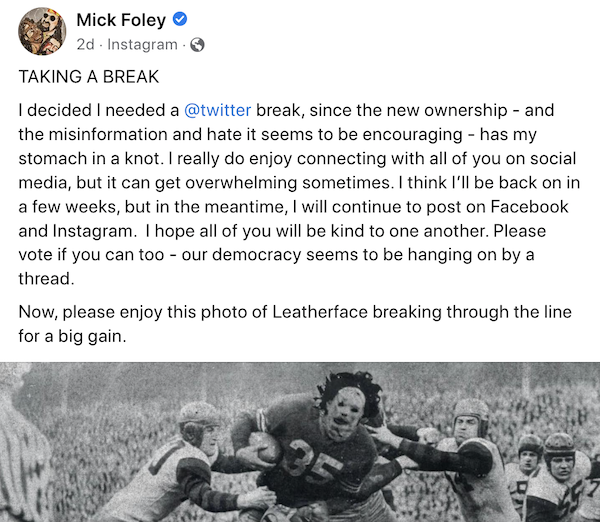 Billions co-creator Koppelman recently set his account to private after tweeting, “Y’all’s, for real, come find me over on instagram and the tok. Gonna really try to take a breather from here for a minute or a month come deal close time.”

Actor Alex Winter did likewise sometime after Musk took over, making his account private and setting his bio to read, “Not here,” with a link to his Instagram profile on which he posted a tweet from Musk which says, “Comedy is now legal on Twitter.” Winter’s reply on Instagram? “RIP Twitter.”