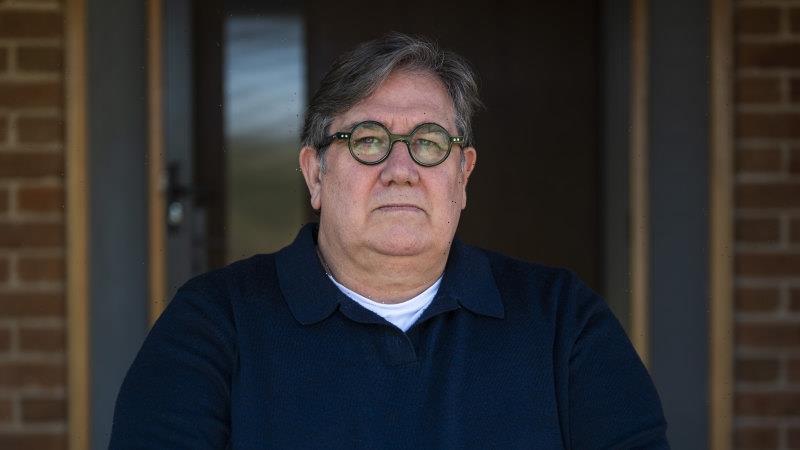 David Savage is not bitter that he suffered massive injuries when a 12-year-old boy trained as a suicide bomber detonated an explosive vest next to him in a small village in Afghanistan. “I was aware of the risks when I went there,” he said.

And he is not angry at the people he tried to help. “I am fond of the Afghan people. Parents around the world have the same aspirations. They want to live peacefully and see their children go safely to school. They are not interested in the politics of violence.” 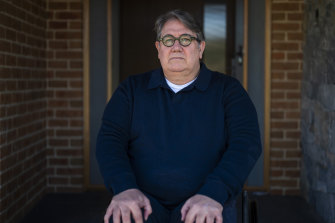 But he is frustrated at the futility of the mission that led to the 2012 attack that left his body shattered by 64 ball bearings – the equivalent of being hit with eight shotgun blasts.

At 58, Mr Savage is retired now. He had to learn to write with his left hand because an acquired brain injury left his right arm nerve-damaged. He recovered sufficiently to walk until an embedded ball bearing in his spin shifted, placing him back in a wheelchair.

One of the 39,000 Australians who served in Afghanistan in the past 20 years, his mission at the time he was injured was to sell the locals a story – that we were there for the long haul – when everyone suspected it was a lie.

“They would see people come and go. They knew we could always get a plane out,” he said. “They used us to placate the locals when the decision had been made to withdraw.”

“It was so disappointing … it was clear there was no strategy. There were so many stuff-ups. No one knew what the mission actually was.”

It did not need to be like this, he said. The Taliban’s influence had been destroyed until, in 2003, Iraq became the priority military operation, allowing anti-Western forces to regroup.

Mr Savage is not a military man. In fact, he spent a great part of his career investigating corrupt military men responsible for international war crimes. As an 18-year-old he joined the Australian Federal Police working general duties and as a detective before progressing to overseas postings. He worked in Mozambique, Sri Lanka, East Timor and Bougainville in peacekeeping groups and war crime investigations. Later, working for the United Nations, he investigated human trafficking in Cambodia and Myanmar.

In 2009, he went to the north of Afghanistan with a UN contingent to identify local leaders involved in war crimes to try and stop them taking positions in a new government.

While he lived in a UN compound in the relatively peaceful city of Mazar-e-Sharif he was free to socialise with locals and was often invited to their homes. It was there he developed a bond with people who had lived through so much violence yet maintained a sense of decency. 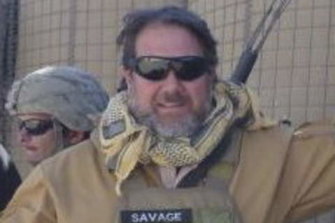 David Savage in Afghanistan, before he was injured by a child who was a suicide bomber.

He left in late 2009. Later the compound was attacked and seven UN staff and four Nepalese guards were killed.

Despite knowing the risks he returned in June 2011 as a Department of Foreign Affairs and Trade “stabilisation officer,” a role he said was never defined. The broad brief was to prepare local government officials to run the country in an honest and democratic fashion.

He helped provide small villages with water and power, setting up standalone hydro kits. To achieve this he could not remain in a safe military compound, but had to work “outside the wire”.

“It was so disappointing that as the war progressed it was clear there was no strategy. There were so many stuff-ups. No one knew what the mission actually was.”

Part of it was to control corruption, but when assets arrived he says every level of government would skim for themselves. “There would be nothing left for those fighting the Taliban.”

He said it was impossible to train locals to independently run the country in the time assigned. “Imagine taking a police recruit and in 12 months expecting them to run a busy police station.”

The feedback, he said, created false optimism. “The message was ‘Everything is good boss, the people are great’. The only way to have made a difference was to make a generational commitment.”

Forensic doctor Professor Stephen Cordner, who spent a career dealing with death from bushfires to war crimes, believes the best defence to post-traumatic stress is to know your work makes a difference.

Mr Savage said the collapse of Afghanistan after six prime ministers and four presidents vowed to protect it, and the knowledge that so many decent people will suffer under tyranny, had left him with feelings of “guilt, horror, despair, anger and impotence”.

“We are all wondering what it was all for, was there ever any strategy or purpose in our service and sacrifice. Sadly, I don’t know the answer and doubt I ever will.”

Forty-one Australians were killed in Afghanistan, while 500 veterans of that conflict and other campaigns have taken their lives since 2001.

Mr Savage urged friends and family of veterans to reach out during the death throes of the Afghanistan government. “We don’t want to lose anymore.”