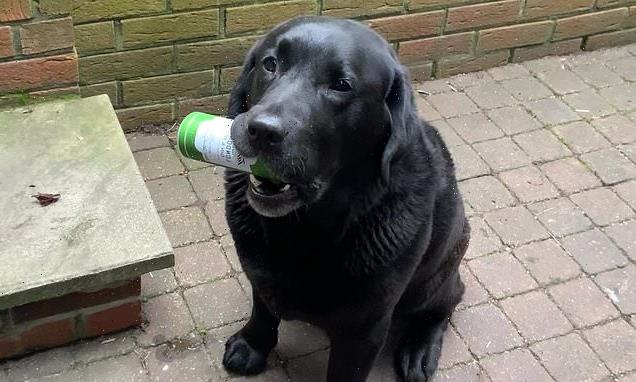 Woman’s best friend! Clever Labrador fetches a drink for his owner when she say ‘gin o’clock’

This clever Labrador might just be a woman’s best friend as he fetches his owner a cocktail can whenever she says ‘gin o’clock’ – and he even does it with wine too.

Janice Cousins, 64, and her husband Dave, 67, had been hard at work painting in her garden in Weston-super-Mare, Somerset, when she decided to take a quick refreshment break.

Hilarious footage shows Mrs Cousins turn to her black Labrador named Bear and say ‘it’s now gin o’clock’, to which her faithful pooch runs off into the kitchen.

Mrs Cousins joked ‘it’s scary’ when Bear knows what gin means, but within 20 seconds the eight-year-old dog returned with a pre-made can of Tanqueray gin and tonic nestled in his mouth. 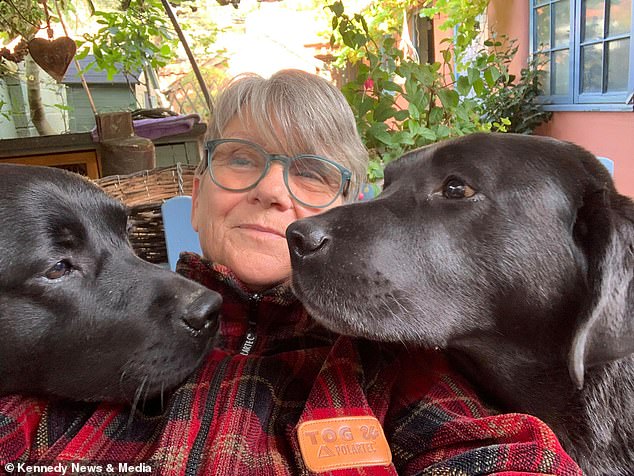 Janice Cousins, 64, of Weston-Super-Mare, with her Labradors Bear, left, and Benson, right 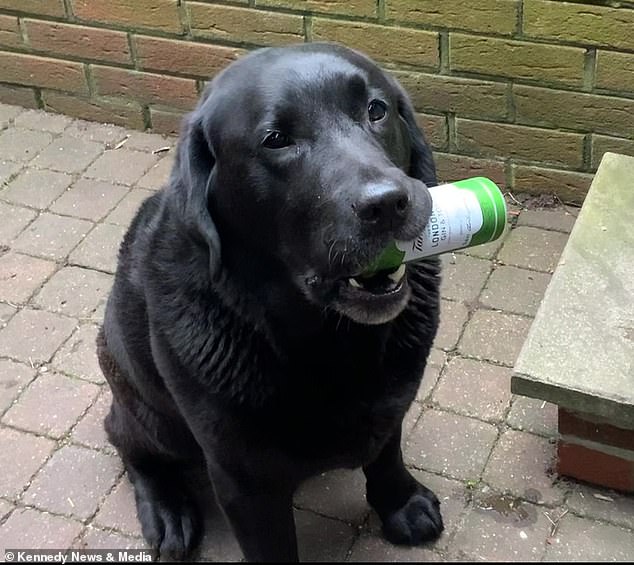 Retired postlady Mrs Cousins said: ‘The command for Bear to pick anything up is his name. He won’t normally go and collect anything until he hears that.

‘On this occasion though he trotted off on ‘gin o’clock’ and grabbed me a can. It was amazing and very useful.

‘He’s done it before with beer, cider and even bottles of wine. He’s a good lad. He works for biscuits so he’s always willing to help out.

‘I’ve trained Bear with gun dog training methods and once I’ve shown him something – whether it be a log, his toy or even a bottle of wine – I can release him and command him to get that object.

‘If there were 10 toys in one place and pointed to one specific one, he would get that for me. He’s a very bright cookie.

‘Both my husband and I had been working hard in the garden – he was putting up lights and I was painting – and it was time for a little break.

‘I was away from the house and wanted to test Bear’s skills and he delivered. I really did enjoy that gin, especially as I didn’t have to collect it myself.’

Mrs Cousins – who has another chocolate Labrador called Benson – has been training Bear ever since he was an adolescent and found his skills very useful ahead of her double hip replacement. 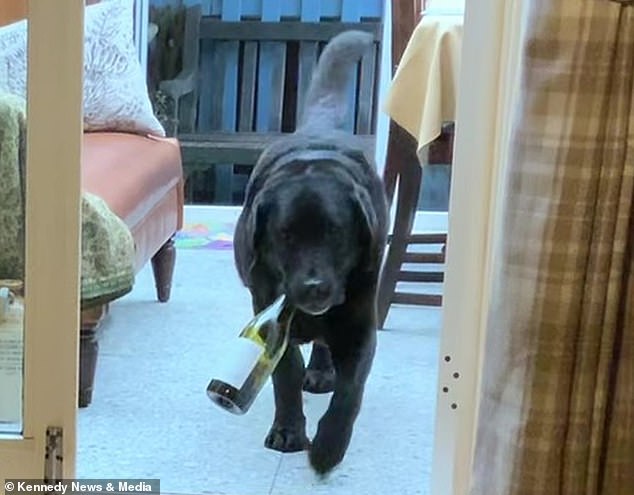 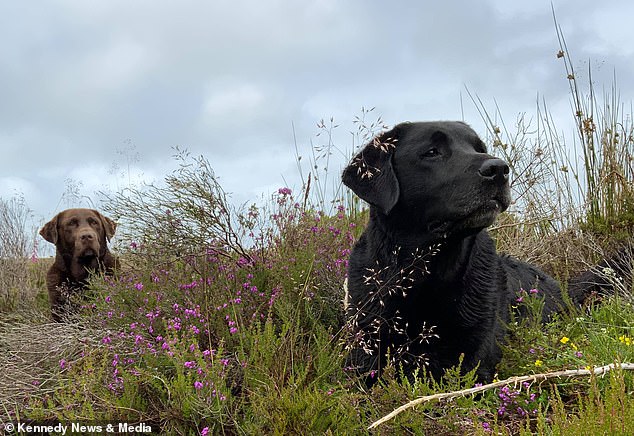 Bear, right, enjoys relaxing with Mrs Cousins’ other Labrador Benson in the countryside 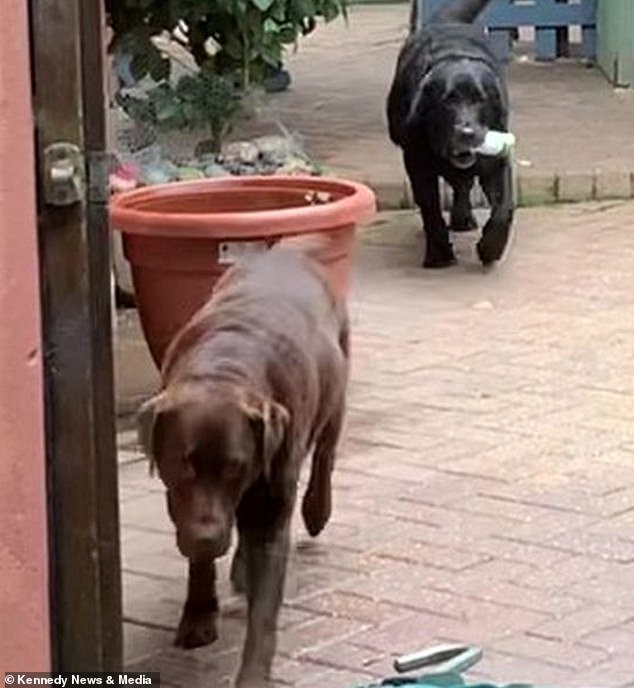 She added: ‘I had a double hip replacement a couple of years ago and I had to use a grabber to pick stuff up beforehand.

‘I couldn’t bend before the operation so I taught him to fetch his own bowl and hand it up to me so I could feed him.

‘It was hugely helpful at the time and I’ve just continued his training.

‘We’ve got our own log burner and he will help fetch the logs for me.

‘He was a very naughty adolescent dog when he was younger which is why I decided to go for gundog training. It turned his attitude right around.’