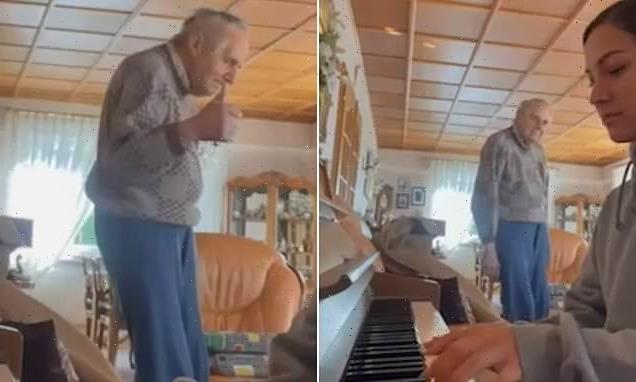 This is the heartwarming moment a grandfather with Alzheimer’s gave a thumbs up to his granddaughter, who was playing the piano.

Sheela Awe, 28, filmed herself playing JS Bach’s Prelude in C Major in Alsace, France with her 93-year-old grandfather sneaking in the room to listen.

He tentatively comes near her and gives a thumbs up to her. 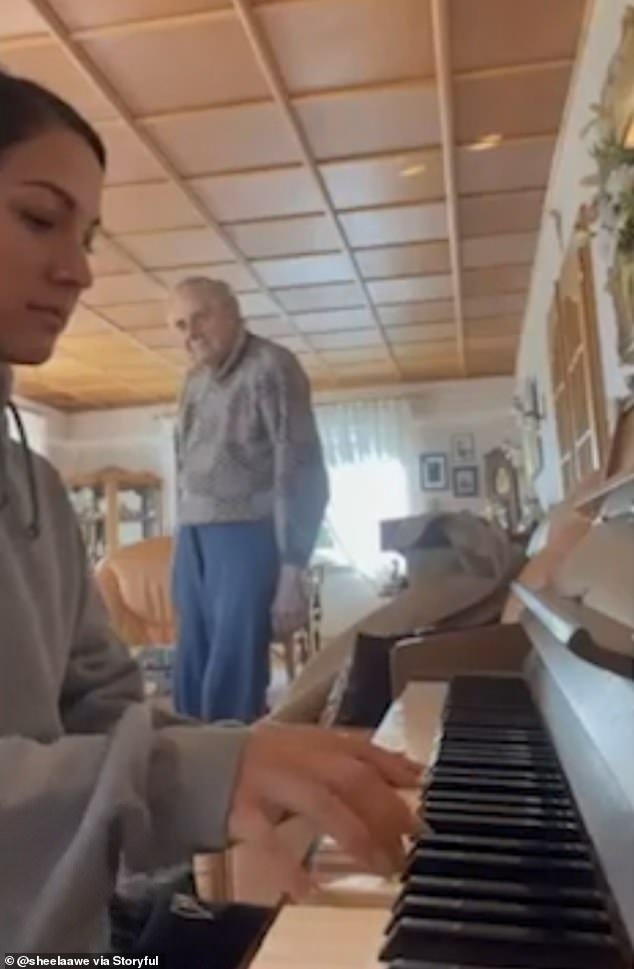 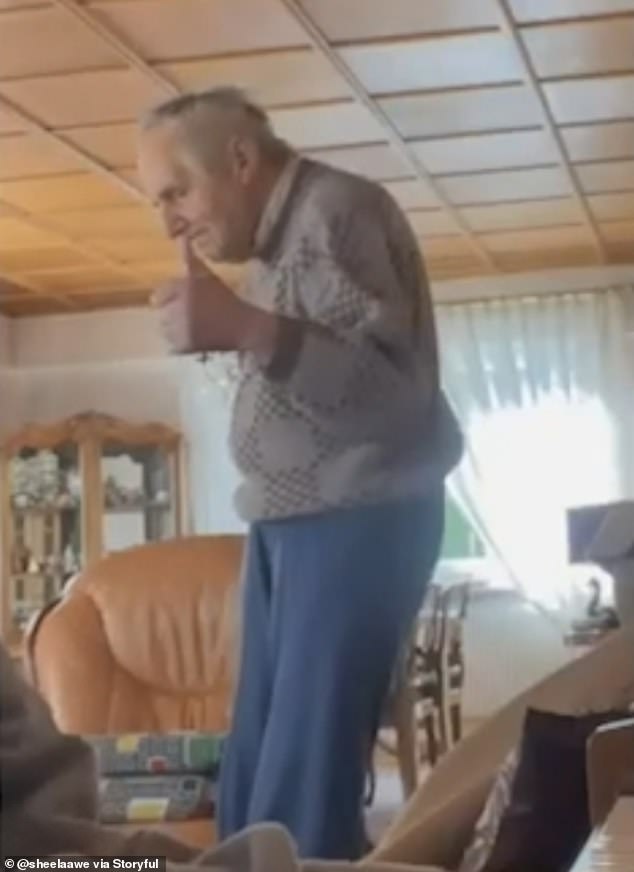 Her 93-year-old grandfather, who has Alzheimer’s, walks in and gives the youngster a thumbs up when he hears her playing

The talented pianist wrote on Instagram: ‘My grandpa is 93 and has Alzheimer’s. He doesn’t know my name, where I live or who I am.

‘This is us, sharing a moment of happiness, where memory doesn’t have to play a part in the experience.

‘Life is too short y’all. Make space for love and cherish the present moment with your loved ones.’

People flooded the comments with praise for the young woman and the tear-jerking video.

Melanie Wilking said the video was ‘just beautiful all around.’

Meanwhile, Melissa Molinaro said: ‘And she plays the piano!!! WHO ARE YOU WOMAN!!!!!!’ alongside a string of clapping-hands emojis.

Ms Awe is originally from Los Angeles but is currently travelling around Europe and filmed the clip in France.

The Alzheimer’s Association describes the disease as the ‘most common cause of dementia, a general term for memory loss and other cognitive abilities serious enough to interfere with daily life.’ 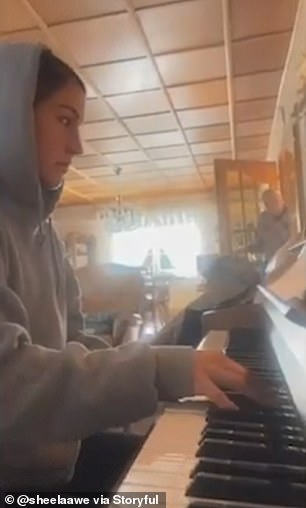 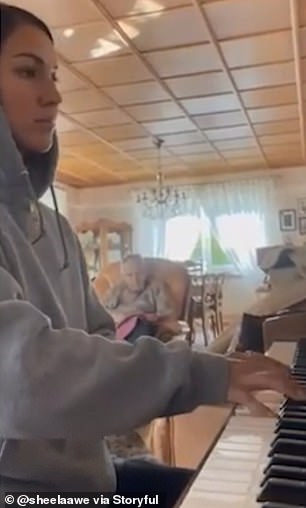 People flooded the comments on Instagram with praise for the young woman and the tear-jerking video. Ms Awe is originally from Los Angeles but is currently travelling around Europe and filmed the clip in France

It’s not the first time music has sparked memories in someone with Alzheimer’s.

Marta C Gonzalez, who died in 2019, was a former prima ballerina suffering with Alzheimer’s. Footage shared in November 2020 shows her being transformed when she hears the music from Swan Lake.

A carer places headphones on her, as she sit in a wheelchair at a care home in Valencia and begins playing Tchaikovsky’s Swan Lake – which Ms Gonzalez danced to in her youth. 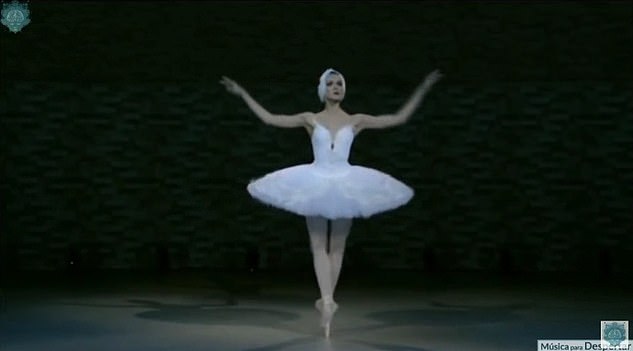 Within moments, her hands instinctively reenact the graceful movements she had performed on stage in 1967

As the music floods through her, Ms Gonzalez, who was a prima ballerina in New York in the 1960s, is visibly moved.

Within moments, her hands instinctively reenact the graceful movements she had performed on stage in 1967 and she remembers the music and choreography from decades ago.