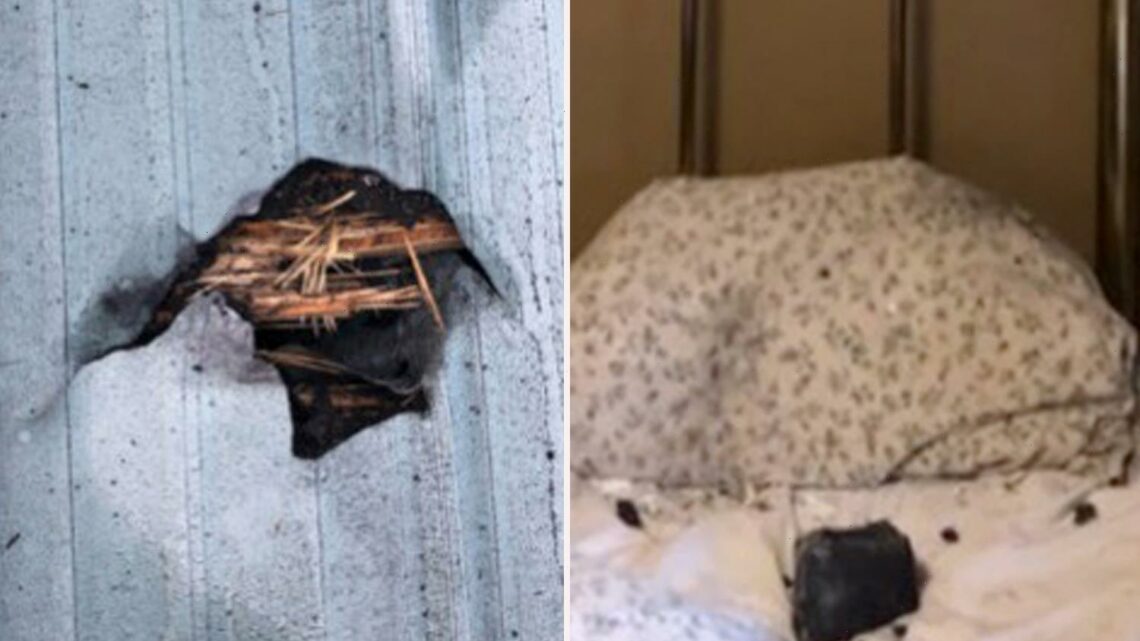 A LUCKY woman is thanking the stars after narrowly avoiding being hit by a meteorite that landed inches from her head as she slept.

Ruth Hamilton was nearly star-struck when she awoke to find the space rock that tore through her roof in her small Canadian town of Golden, British Colombia, on October 4. 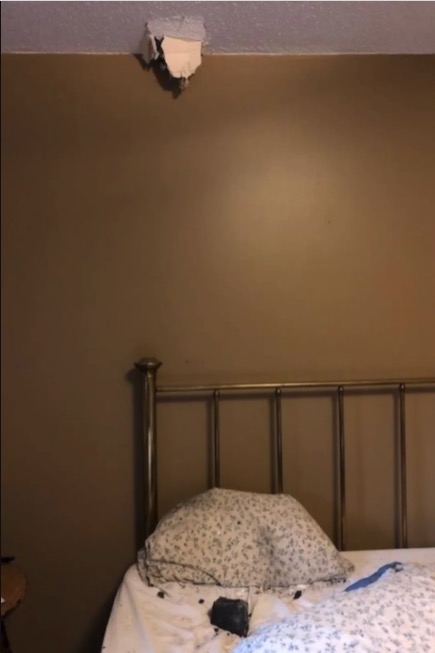 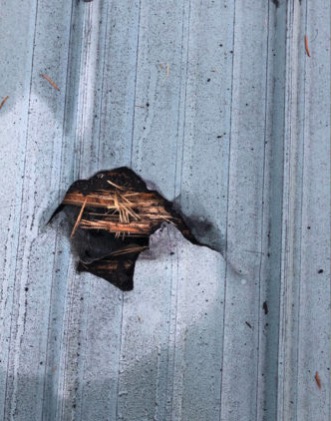 "I just jumped up and turned on the light, I couldn't figure out what the heck had happened," Hamilton told Vic News .

She told how she heard a loud bang and felt debris falling on her face – and fresh air from the newly formed hole in her ceiling.

When Ruth looked down at her pillow, she saw the out-of-this-world visitor lying just inches from where she had laid her head.

In shock, Hamilton called the police, who arrived on scene to determine the rock was not from a nearby construction site – but couldn't work out where it came from.

"We called the Canyon project to see if they were doing any blasting and they weren't, but they did say they had seen a bright light in the sky that had exploded and caused some booms," Hamilton said.

That's when it – figuratively – hit them: it was a meteor that came crashing through her ceiling.

"I was shaking and scared when it happened, I thought someone had jumped in or it was a gun or something," Hamilton said.

"It's almost a relief when we realized it could only have fallen out of the sky."

She added: "I’m just totally amazed over the fact that it is a star that came out of the sky, It’s maybe billions of years old."

At any given point, there are millions of meteors flying through the Earth's atmosphere.

They can be seen as high as 75 miles above the earth's surface and can travel at speeds up to 44 miles per second.

Every so often, there will be a meteor shower visible to the naked eye but they often stay too high to see clearly.

The freak occurrence left Hamilton in gratitude for her own life as well.

"The only other thing I can think of saying is life is precious and it could be gone at any moment even when you think you are safe and secure in your bed," she said.

"I hope I never ever take it for granted again."

Only In Crypto: A Croissant Lists Potential Bullish Drivers For Bitcoin And Ethereum In Q4 2021