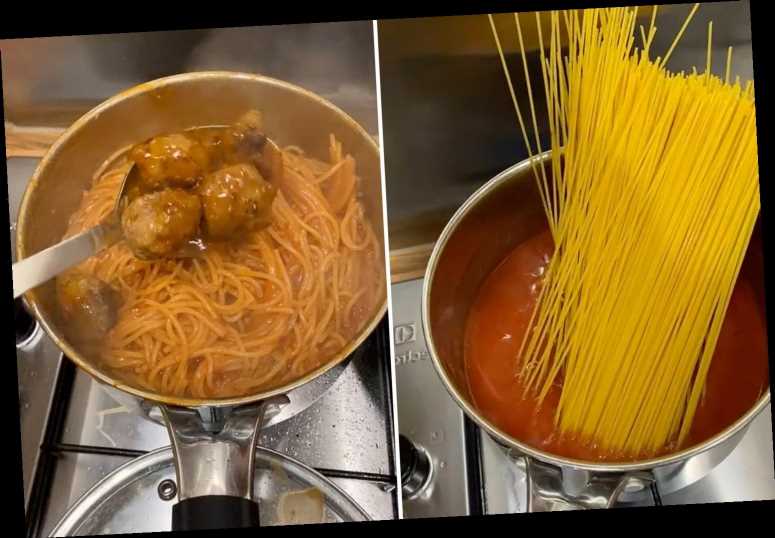 A WOMAN boiled her pasta in tomato sauce rather than water – and it blew people’s minds.

The hack, shared by TikTok user @jasminegiltrow, had people in a debate whether it was "brilliant" or horrifying. 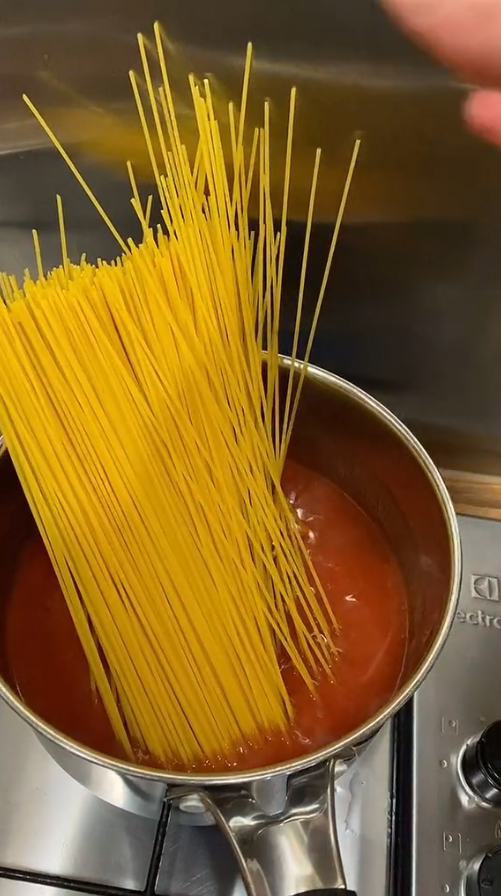 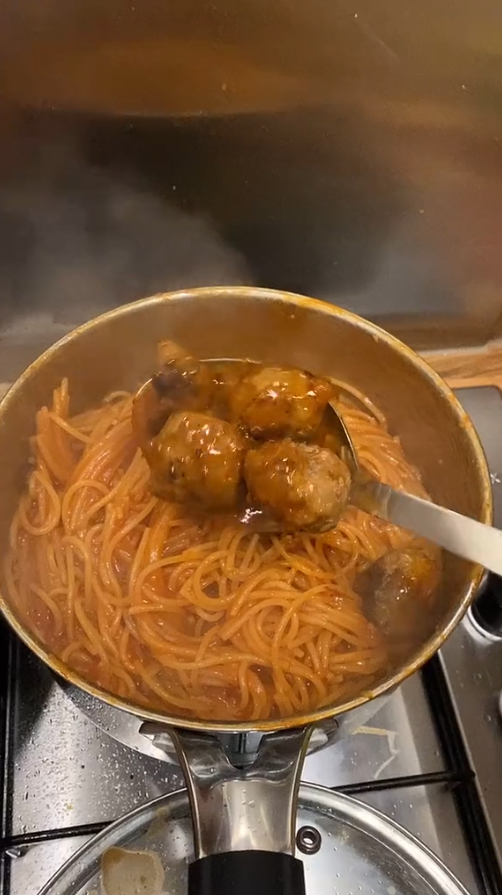 In the life hack video, the TikToker – whose name is Jasmine, according to her profile – poured a jar of red sauce into a pot.

She then added a splash of water, and dropped in a handful of spaghetti pasta noodles.

As the sauce began to boil, the noodles expanded and softened – absorbing the sauce.

Jasmine then added meatballs to her spaghetti mix, and moved it to a plate.

The hack had people in a debate over whether it was genius – or if it was "wrong." 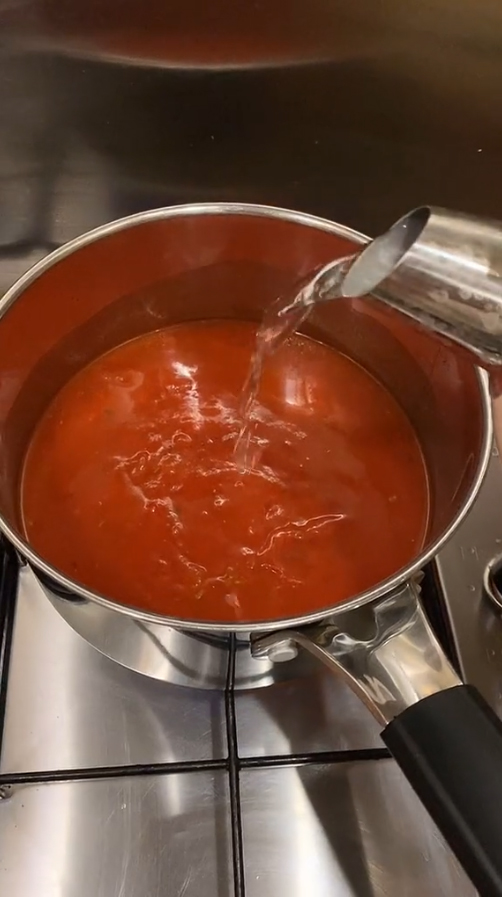 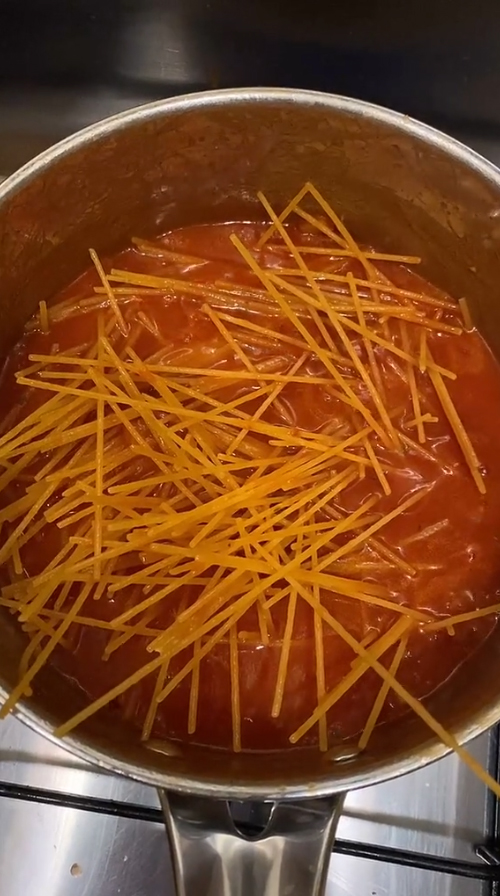 "This makes so much sense tbh," one person commented.

Another wrote: "YOURE TELLING ME IVE BEEN COOKING THEM SEPARATELY AND THEN MIXING THEM. WHEN YOU CAN DO THIS."

"Yo I'm lazy af this is brilliant," a user commented.

"I do this in the slow cooker," one person commented.

Although many were impressed by the hack, some people were horrified. 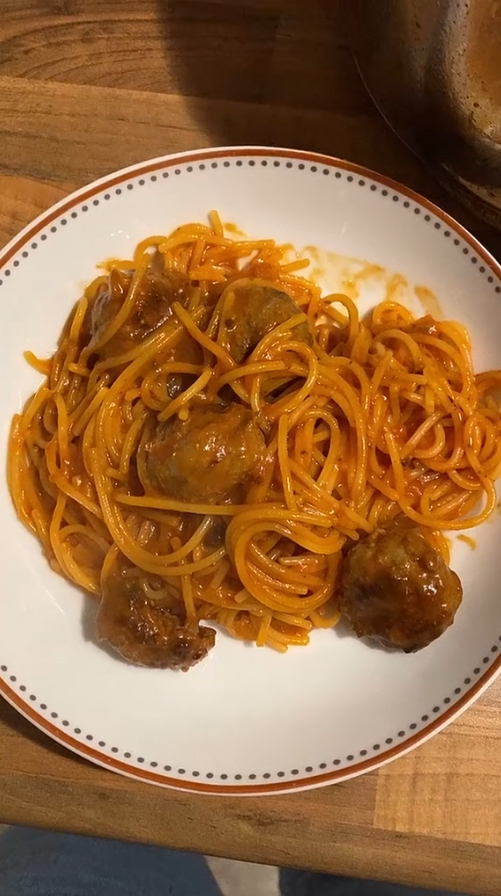 "No No NO…this is soooo wrong NO," one person wrote.

Another horrified user said: "as an Italian this makes e feel so bad nooo."

In other kitchen hacks, people are going wild for "Pink Stuff" that makes old pots and pans look new.

One TikToker shared a tip to get a perfect poached egg every time.

Thanks to one easy hack, one woman claims she hasn't bought soap in over a year.