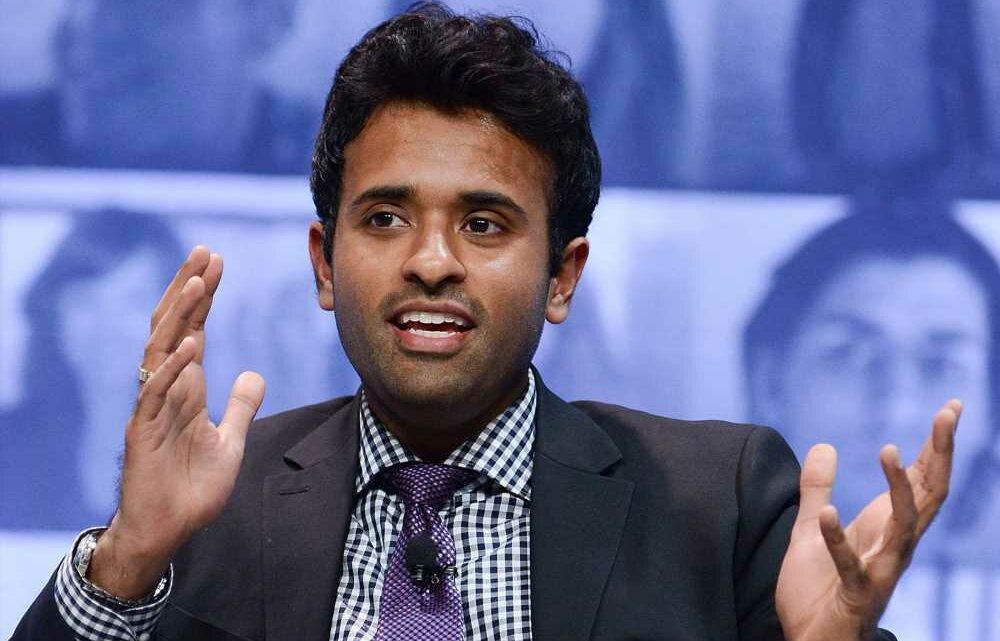 Woke, Inc: Why I’m blowing whistle on how corporate America is poisoning society

If woke companies really ‘care,’ let them help where it counts: fighting crime

How companies rip off poor employees — and get away with it

I used to think corporate bureaucracy was bad because it’s inefficient. That’s true, but it’s not the biggest problem. Rather, there’s a new invisible force at work in the highest ranks of corporate America, one far more nefarious. It’s the defining scam of our time — one that robs you of not only your money, but your voice and your identity.

The con works like a magic trick, summed up well by Michael Caine’s character in the opening monologue in Christopher Nolan’s movie “The Prestige”:

“Every great magic trick consists of three parts or acts. The first part is called The Pledge. The magician shows you something ordinary: a deck of cards, a bird or a man. … The second act is called The Turn. The magician takes the ordinary something and makes it do something extraordinary. But you wouldn’t clap yet. Because making something disappear isn’t enough; you have to bring it back. That’s why every magic trick has a third act, the hardest part, the part we call The Prestige.”

Financial success in 21st-century America involves the same simple steps. First, the Pledge: You find an ordinary market where ordinary people sell ordinary things. The simpler, the better. Second, the Turn: You find an arbitrage in that market and squeeze the hell out of it. An arbitrage refers to the opportunity to buy something for one price and instantly sell it for a higher price to someone else. That much is well known.

But here’s the dirty little secret underlying the third step of corporate America’s act, its Prestige. Here’s how it works: Pretend like you care about something other than profit and power, precisely to gain more of each.

All great magicians master the art of distraction — flashing lights, smoke, beautiful women on stage. Today’s captains of industry do it by promoting progressive social values. Their tactics are far more dangerous for America than those of the older robber barons: Their do-good smoke screen expands not only their market power, but their power over every other facet of our lives. As a young 21st-century capitalist myself, the thing I was supposed to do was shut up and play along: Wear hipster clothes, lead via practiced vulnerability, applaud diversity and inclusion, and muse on how to make the world a better place at conferences in fancy ski towns. Not a bad gig.

The most important part of the trick was to stay mum about it. Now I’m violating the code by pulling back the curtain and showing you what’s really going on in corporate boardrooms across America.

Why am I defecting? I’m fed up with corporate America’s game of pretending to care about justice in order to make money. It is quietly wreaking havoc on American democracy. It demands that a small group of investors and CEOs determine what’s good for society, rather than our democracy at large. This new trend has created a major cultural shift in America. It’s not just ruining companies. It’s polarizing our politics. It’s dividing our country to a breaking point. Worst of all, it’s concentrating the power to determine American values in the hands of a small group of capitalists, rather than in the hands of the American citizenry at large, which is where the dialogue about social values belongs. That’s not America, but a distortion of it.

Wokeness has remade American capitalism in its own image. Talk of being ‘‘woke” has morphed into a kind of catch-all term for progressive identity politics today. The phrase “Stay woke” was used from time to time by black civil rights activists over the last few decades, but it really took off only recently, when black protestors made it their catchphrase in the Ferguson protests in response to a police officer fatally shooting Michael Brown.

These days, white progressives have appropriated “Stay woke” as a general-purpose term that refers to being aware of all identity-based injustices. So while “Stay woke” started as a remark black people would say to remind each other to be alert to racism, it would now be perfectly normal for white coastal suburbanites to say it to remind each other to watch out for possible “microaggressions.”

Basically, being woke means obsessing about race, gender, and sexual orientation. Maybe climate change too. That’s the best definition I can give. Today more and more people are becoming woke, even though generations of civil rights leaders have taught us not to focus on race or gender. And now capitalism is trying to stay woke too.

Sincere liberals get tricked into adulation by their love of woke causes. Conservatives are duped into submission as they fall back on slogans they memorized decades ago — something like “The market can do no wrong” — failing to recognize that the free market they had in mind doesn’t actually exist today. Both sides are blinded to the gradual rise of a 21st-century Leviathan far more powerful than what even Hobbes imagined almost four centuries ago.

This new woke-industrial Leviathan gains its power by dividing us as a people. When corporations tell us what social values we’re supposed to adopt, they take America as a whole and divide us into tribes. That makes it easier for them to make a buck, but it also coaxes us into adopting new identities based on skin-deep characteristics and flimsy social causes that supplant our deeper shared identity as Americans.

Corporations win. Woke activists win. Celebrities win. Even the Chinese Communist Party finds a way to win. But the losers of this game are the American people, including both sincere progressives who are used as pawns and everyday conservatives who are silenced, our hollowed-out institutions, and American democracy itself. The subversion of America by this new form of capitalism isn’t just a bug; as they say in Silicon Valley, it’s a feature.

The antidote isn’t to fight wokeness directly. It can’t be, because that’s a losing battle. The true solution is to gradually rebuild a vision for shared American identity that is so deep and so powerful that it dilutes wokeism to irrelevance, one that no longer leaves us susceptible to being divided by corporate elites for their own gain.

The modern woke-industrial complex preys on our innermost insecurities about who we really are as individuals and as a people, by mixing morality with commercialism. That might make us better consumers in the short run, but it leaves us worse off as citizens in the end. Banning bad corporate behavior isn’t the ultimate answer. Rather, the answer is to do the hard work of rediscovering who we really are.

Earlier this year, writing a book forced me to rediscover who I was.

On Jan. 6, 2021, an angry mob of rioters stormed the US Capitol as Congress convened to certify the results of the 2020 presidential election. It was a disgrace, and it was a stain on our history. When I watched it, I was ashamed of our nation. It made me want to be a better American.

But I grew even more worried about what happened after the Capitol riot. In the ensuing days, Silicon Valley closed ranks to cancel the accounts of not only the people who participated in that riot, but everyday conservatives across the country. Social media companies, payment processing companies, home rental companies, and many more acted in unison. It was a Soviet-style ideological purge, happening in plain sight, right here in America, except the censorship czar wasn’t big government. It wasn’t private enterprise either. Rather it was a new beast altogether, a frightening hybrid of the two. As a citizen, I couldn’t stomach it. I argued in the Wall Street Journal, along with my former law professor, that companies like Twitter and Facebook are legally bound by the First Amendment, and that they broke the law when they engaged in selective political censorship.

I couldn’t anticipate what followed. Two advisers to my company resigned immediately. Close friends called me to say how disappointed they were. One of them pleaded with me on the phone: “My friends have made money by investing in your company. Don’t ruin it for them.” One of my former executives, her eyes filled with tears, said “Vivek, I had such high hopes for you. What happened?” Many of my employees were upset too, even as some of them privately emailed me to say they agreed with me.

Yet there was a peculiarity about it too. Eight months earlier, my advisers and friends were impatient with me for a different reason. Following the tragic death of George Floyd at the hands of a police officer in the spring of 2020, they pressured me to do more to address systemic racism. They felt I hadn’t done enough to condemn it. Apparently, being a CEO required me to speak out about politics sometimes, yet other times it required me to stay silent.

As CEO, I needed to effectively run a business focused on developing medicines, without getting intertwined in political matters. Yet as a citizen, I felt compelled to speak out about the perils of woke capitalism. I tried my best to avoid using my company as a platform to foist my views on others. But eventually I had to admit that I couldn’t do justice to either while trying to do both at once.

So in the end I decided to practice what I preached. It wasn’t easy, but in January 2021, I stepped down as CEO of my own company, seven years after I founded it, and gave the job to the person who was most qualified to do it — our longtime CFO, whose political perspectives couldn’t be more different from my own. He’s liberal. He’s also brilliant. On the day I appointed him, I said that he would speak for the company going forward, and I meant it.

There was a certain irony to the decision that lingered with me. When left-leaning CEOs write books about their views on business and politics, it doesn’t hurt their companies at all. Rather, it seems to help them. But my situation was different. At the company town hall explaining my decision to step down, I said that it was important to separate my personal voice as a citizen from the voice of the company, in order to protect the company. No one was confused.

I do think there’s a double standard at play in America, but ultimately I didn’t step aside because I feared a firestorm. I did it because my own beliefs told me I had to keep business and politics apart.

A good barometer for the health of any democracy is the percentage of people who are willing to say what they actually believe in public. As a nation, we’re doing pretty poorly on that metric right now, and the only way to fix it is to start talking openly again. I wasn’t free to do that as a CEO, but now I am as an ordinary citizen. I hope some of you will find what I have to say worthwhile.

Vivek Ramaswamy is the founder and executive chairman of Roivant Sciences. This essay is adapted from his book “Woke, Inc.: Inside Corporate America’s Social Justice Scam,” to be published by Hachette Book Group in August.

The value-added tax brings in billions for other countries, but the U.S. doesn't have one

A woman in Thailand heard loud noises in her kitchen. She found an elephant looking for food.
Technology