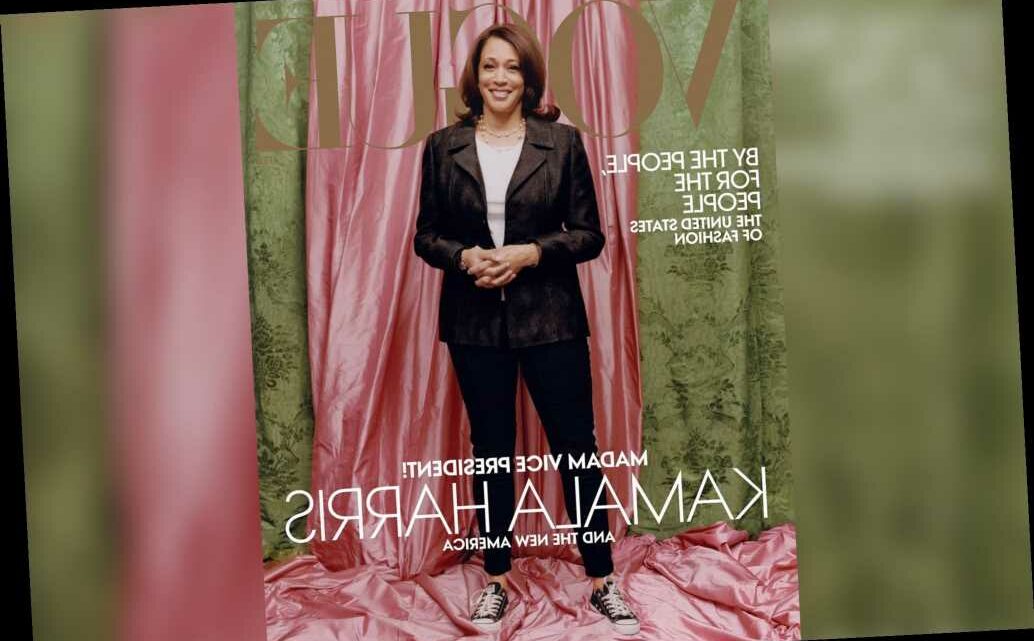 Why Kamala Harris’ Vogue cover is trending on social media

Kamala Harris is Vogue’s new cover girl — but it isn’t winning her any votes.

The vice president-elect appears on the February front of the fashion bible in a set of her own duds — a brown Donald Deal jacket, black jeans and black Converse sneakers — which a flood of fans gripes is far from worthy of her office.

“Have seen many of your covers. Kamala is our FIRST EVER WOMAN VICE PRESIDENT!” a person wrote on Vogue’s Instagram account.

“PLEASE DO HER JUSTICE and REDO this cover! Put her in a background that is regal like she is! Your old drape from the CEO’s office is insulting. This does not represent this fine woman!!”

Another reader wrote. “Love that she’s on the cover but why this one?! Y’all could’ve done WAYYYY BETTER.”

New York magazine contributor Yashar Ali further stirred up controversy when he tweeted that a source “familiar with publication plans” told him the photo — a full-length image of Harris standing on an overly long pink drape against a green backdrop — isn’t the one her team expected to make the front of the magazine’s print edition.

Harris’ camp instead expected the photo of Harris used for Vogue’s digital edition — depicting her in a baby-blue Michael Kors Collection pantsuit — would be used for the print edition, too, the source allegedly said.

The veep-elect insisted against Vogue styling her, sources said — with Harris’ clothes, hair and makeup decided by her team.

Harris picked the green and pink backdrop of the print-edition shot because those are the colors of her college sorority — and she thought it would be fun to use them, the source said.

“Both looks were selected by the VP-elect and her team,” the source said.

“Our approach to working with Vice President-elect Harris and her team was to capture her as a leader and as a person, and as she was most comfortable, and so we collaborated closely on all creative decisions, including that she would dress and style herself for the shoot.”

Still, no one gets to approve a cover, even its subject, and the magazine decided which image to use for print and digital, the source insisted.

“Vogue selected the image for the print cover that we felt captured her personality and authenticity,” the source said. “Obviously, we love both images and are celebrating both covers digitally.”

Vogue was even forced to deny to The Post that the mag had lightened Harris’ skin for the print-edition snapshot amid online allegations, with sources saying no such thing was done.

But the print cover photo was so bizarre to some tweeters that they thought it was a prank.

“Is this a joke ?! The Kardashians get more respect from Anna Wintour for Vogue covers than VP elect! What a poor representation of woman of color in power! Travesty,” a woman tweeted.

In the mag interview, Harris admits she was so stunned when she found out that she and President-elect Joe Biden had won in November that she forgot to turn off the shower.

She said they plan to focus on the pandemic, adding, “We think about the first 100 days in terms of what we need to do to support mayors and governors and local officials around their distribution and their public-health systems.

“When we get control of this pandemic, that’s going to be a critical factor in being able to reopen our economy.”