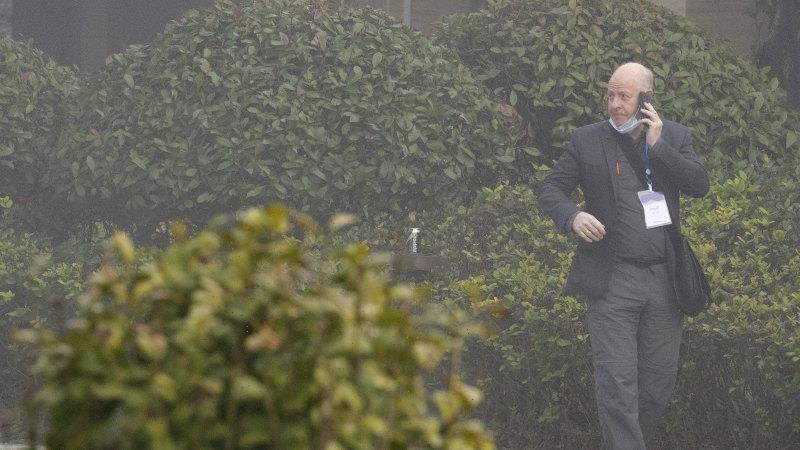 London: A British scientist who took part in a World Health Organisation mission to investigate whether COVID leaked from a Wuhan laboratory has suggested that China has been “misunderstood” over its refusal to address growing suspicions about the origins of the disease.

Dr Peter Daszak sympathised with the Chinese government for refusing to give “oxygen” to “conspiracy theories”, and cast doubt on US intelligence suggesting three workers at the lab fell ill shortly before the first recorded case. 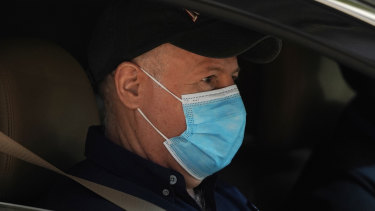 Dr Peter Daszak of the World Health Organisation team sits in a car on his way to a field visit in Wuhan in central China’s Hubei province. Credit:AP

It comes after US President Joe Biden ordered a redoubling of investigations into the origins of the pandemic, including any possibility that it might lead to a laboratory. British agents are assisting, and now believe it is “feasible” that the lab may have been the source.

Dr Daszak, a leading zoologist, was a key member of the WHO team that decided it was “extremely unlikely” that COVID-19 escaped from the Wuhan Institute of Virology (WIV) after a three-week visit in January. Critics suggested it had been stage-managed by Beijing after the scientists visited a propaganda museum detailing Wuhan’s fight against COVID-19 on their second day.

Tedros Adhanom, WHO director general, later conceded that the team’s report was not “extensive enough” after 14 countries, including the US and UK, made a joint statement to express concerns over its conclusions. 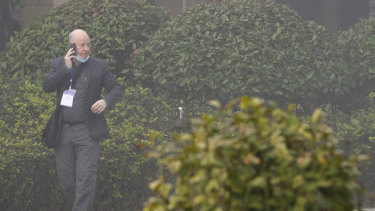 Peter Daszak during a visit to Wuhan in February. Credit:AP

Dr Daszak has also been accused of a conflict of interest after it emerged that his non-profit organisation EcoHealth Alliance had been funding WIV for years, and that he had collaborated with its Shi Zhengli – known as “Bat Woman” – to catalogue bat coronavirus across China.

Dr Daszak told a podcast this week that the Chinese had fallen victim to “conspiracy theories”, and dismissed new intelligence reports as “political, not scientific”. He sympathised with the Chinese government, who have been repeatedly accused of refusing to cooperate with international investigators.

Dr Daszak said: “One thing that I learned from the lab director. We were asking him all these questions about – they call them rumours over there, we call them conspiracy theories. And he said, basically, we’ve not responded to those rumours. Because if you do that, you give them oxygen. So I think people misunderstand the Chinese, the Chinese government.”

“There’s no evidence of hospitalisation, and it’s unclear what they were sick with,” he said. “It’s not something that you could really reasonably launch a major audit of.”

This year it emerged that EcoHealth Alliance had funnelled money into research into coronaviruses at WIV until funding was blocked by the US on safety grounds. The National Institutes of Health said its $US3.7 million grant would be restored only if outside experts could establish whether staff had the COVID-19 virus “in their possession” before December 2019.

“Peter Daszak has conflicts of interest that unequivocally disqualify him from being part of an investigation of the origins of the pandemic,′ Richard Ebright, a bio-security expert and professor of chemical biology at Rutgers University in New Jersey, said at the time.

Dr Daszak has rejected the suggestion that his connections to the lab would compromise his impartiality.

“My relationship with China, my work here, my connections to WIV and Shi Zhengli are very well known because I’ve spent 20 years or 15 years publishing the data,” he said in March.

In the US, a prominent scientist added his voice to the growing number of experts calling for a full investigation into the origins of COVID-19, saying the future of public health is at stake.

“There’s going to be COVID-26 and COVID-32 unless we fully understand the origins of COVID-19,” Peter Hotez, a professor of pediatrics and molecular virology and microbiology at Baylor University and a leading expert on the virus, said Sunday on NBC News’s Meet The Press.

He said coming to firm conclusions about how the virus emerged was “absolutely essential” in preventing future pandemics.

President Joe Biden last week ordered a fresh 90-day intelligence review of the virus’s origins with the goal of examining the possibility that it accidentally leaked from the Wuhan lab instead of being transmitted from bats or other animals to humans in a zoonotic transmission.

The White House wants a deeper understanding of how a virus that has killed about 600,000 Americans and 3.5 million people worldwide came into existence and has charged the CIA and other agencies with doing more to find out.

“I’m personally of the opinion we’ve pushed intelligence as far as we can. What we need to do is an outbreak investigation,” he said, noting that ideally this would be a six- to 12-month operation in Wuhan, in Hubei province, with scientists on the ground collecting extensive samples and other forensic evidence.