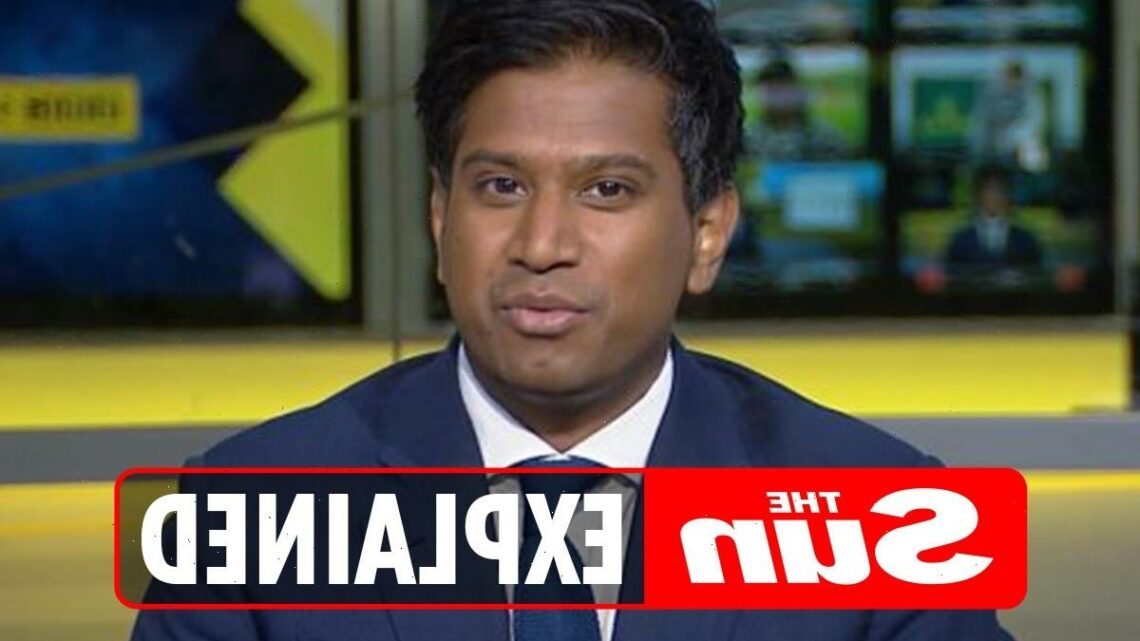 The 39-year-old hit back though after Twitter decided the abuse did not break their rules. 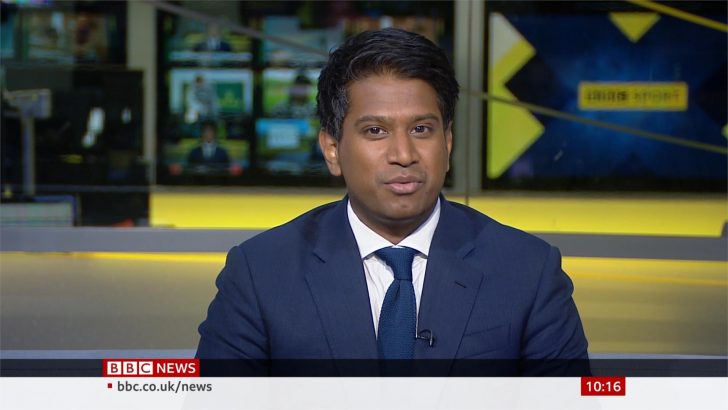 Ramjaun received the disgusting abuse from an online troll calling themselves “Quinton”.

The message read: “You’re looking like a curry muncher aborigine again and letting the Indians down mf.

“Cut your damn hair and choose your wardrobe with a stylist… idiot.”

The journalist, born in Worcester and whose parents come from Mauritius, reported the message to Twitter but the social media site ruled that the message did not violate their rules.

Ramjaun hit back with his own post after the Twitter ruling, saying he was “disgusted” with the ruling.

He wrote: “Is this a joke @Twitter @TwitterUK?! Seriously. Have a long hard look at yourselves for allowing this cretinous behaviour. Disgusted. Good to see racial abuse is tolerated on your platform.” 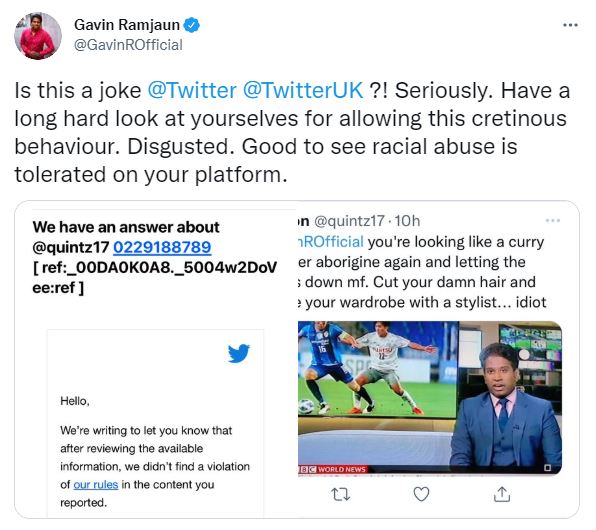 Ramjaun launched his broadcasting career on Newsround in 2007 and also reported for its spin-off show Sportsround.

He joined BBC News and BBC Breakfast in 2009 where he made special reports for the early morning show.

In 2010 he was part of the BBC Sport team reporting on the Winter Olympics taking place in Vancouver, Canada.

On 6 September 2010, Ramjaun joined ITV’s newly launched Daybreak as a news correspondent and in December the following year he became a sports correspondent.

He still works with ITV and the BBC and Sky Sports on projects.