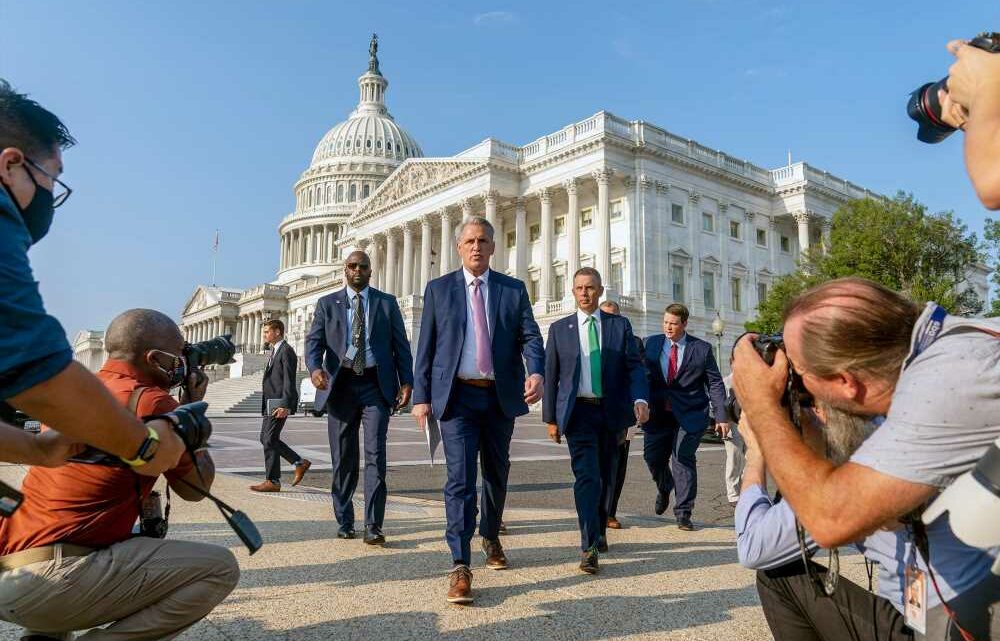 Pelosi-McCarthy tensions on Capitol riot committee are boiling over

House Democrats kicked off their first hearing Tuesday as part of their probe into the Jan. 6 Capitol riot — with four law enforcement officers, including two Capitol police officers, set to testify about their experiences.

Rep. Liz Cheney (R-Wyo.), one of two Republicans serving on the select committee, will follow Thompson to deliver opening remarks of her own.

The four witnesses for Tuesday’s proceedings — Harry Dunn and Aquilino Gonell of the Capitol Police, and Michael Fanone and Daniel Hodges of DC Metro Police — are then expected to deliver their own statements.

However, the select committee and its probe will be marred by its partisan public perception.

But House Minority Leader Kevin McCarthy (R-Calif.) and Minority Whip Steve Scalise (R-La.) came out against the compromise commission after Trump lashed out at the idea in a statement.

Democrats led by House Speaker Nancy Pelosi (D-Calif.) then pursued creating their own select committee — minus many of the previous requirements ensuring fairness.

The new select committee also gave Pelosi the power to reject McCarthy’s GOP appointments to the panel, which she did for two of his members: Reps. Jim Jordan (R-Ohio) and Jim Banks (R-Ind.).

Pelosi said she was concerned about the “integrity” of the probe in light of comments and actions the two Republicans made about Jan. 6.

Jordan, the ranking member of the House Judiciary Committee, and Banks, the chairman of the Republican Study Committee, have remained two of Trump’s top defenders in Congress.

McCarthy ultimately opted to pull all five of his selections from serving on the panel, vowing for Republicans to launch their own investigation of the deadly riot.

Republicans have accused Pelosi of politicizing the investigation, but she claimed last week that her commission is “not even bipartisan, it’s nonpartisan,” adding that it is about “seeking the truth.”

Members of Congress were forced to evacuate in gas masks after a mob of supporters of then-President Donald Trump overpowered Capitol Police and breached the building.

The House on Jan. 13 voted to impeach Trump over his role in the Jan. 6 siege, though he was acquitted in the Senate trial.

How Harrods opened 'moving staircase' crafted from leather in 1898
Technology