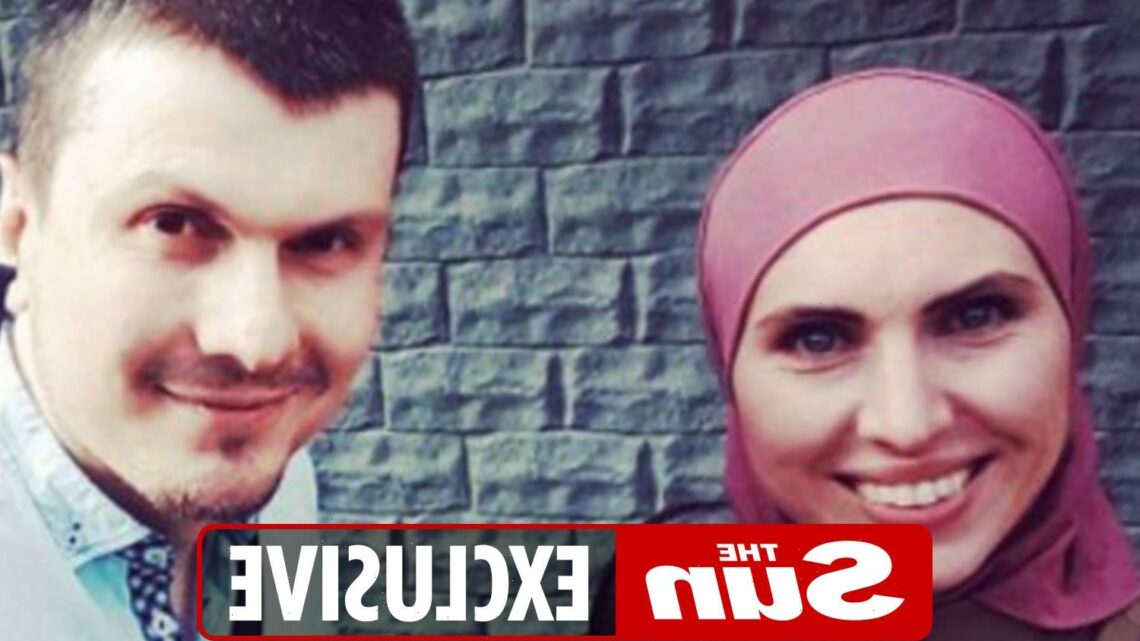 Vladimir Putin murdered my wife and tortured me after claiming I tried to kill him, says former Brit public schoolboy

A FORMER Brit public schoolboy is being hunted by Vladimir Putin after the Russian president accused him of trying to kill him.

Chechen fighter Adam Osmayev, 40, who was educated at a prestigious boarding school in the UK,has had three attempts on his life – including one which saw his beloved wife Amina shot dead. 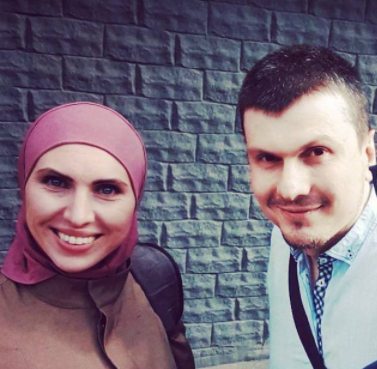 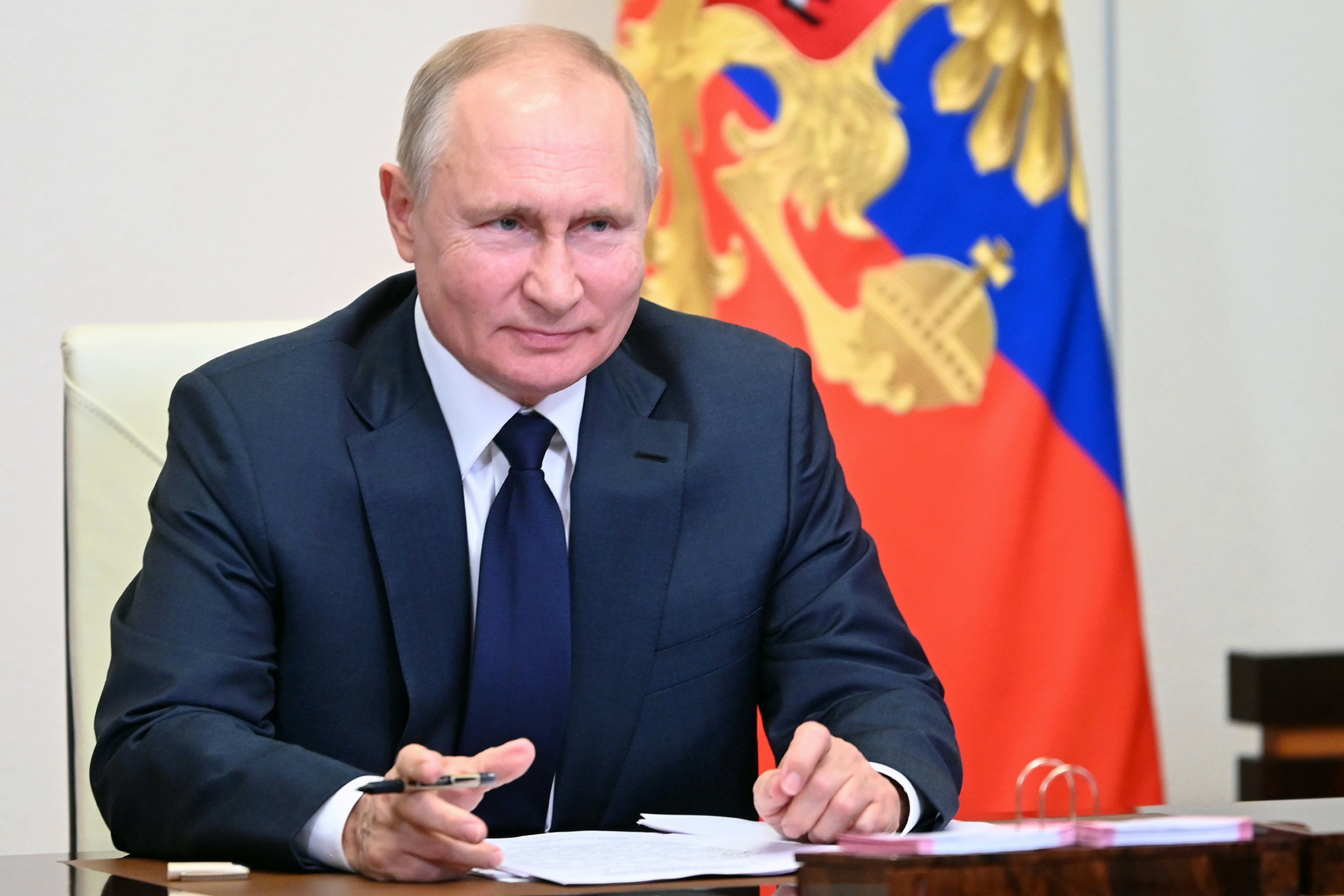 Osmayev, from a wealthy Chechen family, studied business at Buckingham University and gained four A levels at the £8,000 per term Wycliffe College near Stroud.

His journey however has taken him from the Cotswolds school, to being falsely accused of plotting an assassination of Putin in 2012, to now leading a rebel force in the war-torn Ukraine.

He and his wife decided to take up arms against the pro-Russian rebels who seized part of Ukraine after Putin's illegal annexation of the Crimea in 2014.

However, the volunteer fighter has been forced into hiding after narrowly surviving three assassination attempts on his life allegedly backed by the Russian state.

And one of the efforts to kill him saw his beloved wife Amina, a sniper who was a high profile figure in the resistance, shot dead by pro-Putin killers.

Osmayev told The Sun Online her death continues to be a "big motivation" for him – and he believes he is on the "right side" as he stands against Russia.

"She was not like a regular woman, she was a warrior. She was a fighter and I’ve never seen people like her," he told The Sun Online.

"We knew we were being hunted and so after a while I got back to the fighting, to the struggle, and continued on."

He said that even if Putin's forces do catch up with him, he will know he "died for the right thing" and fighting for a "noble" cause.

Pro-Russian rebels have been fighting in Ukraine's east allegedly with the full support of the Kremlin who provide support and weapons.

NATO nations condemned the act – and there have been fears ever since that Russia could use the conflict as an excuse to seize more territory from Ukraine.

And for Osmayev he is determined to make sure that does not happen, but is now having to be extra cautious as he believes he remains near top of Putin's hit list as the Russian leader today turns 69.

However, the fighter remains shaken by the attack that killed Amina and wounded him in October 2017.

The couple were returning by car to their home in Kiev when gunmen opened fire with a Kalashnikov – with the Russian state or pro-Russia rebels suspected of being behind the attack.

"With meetings I’m very careful, and public appearances, like going to the court is like a special operation for me," he told The Sun Online.

"I have to go sometimes and a lot of people get involved to protect me and get me there.

"I have trusted people who help me but I would have to check my food if I was going places." 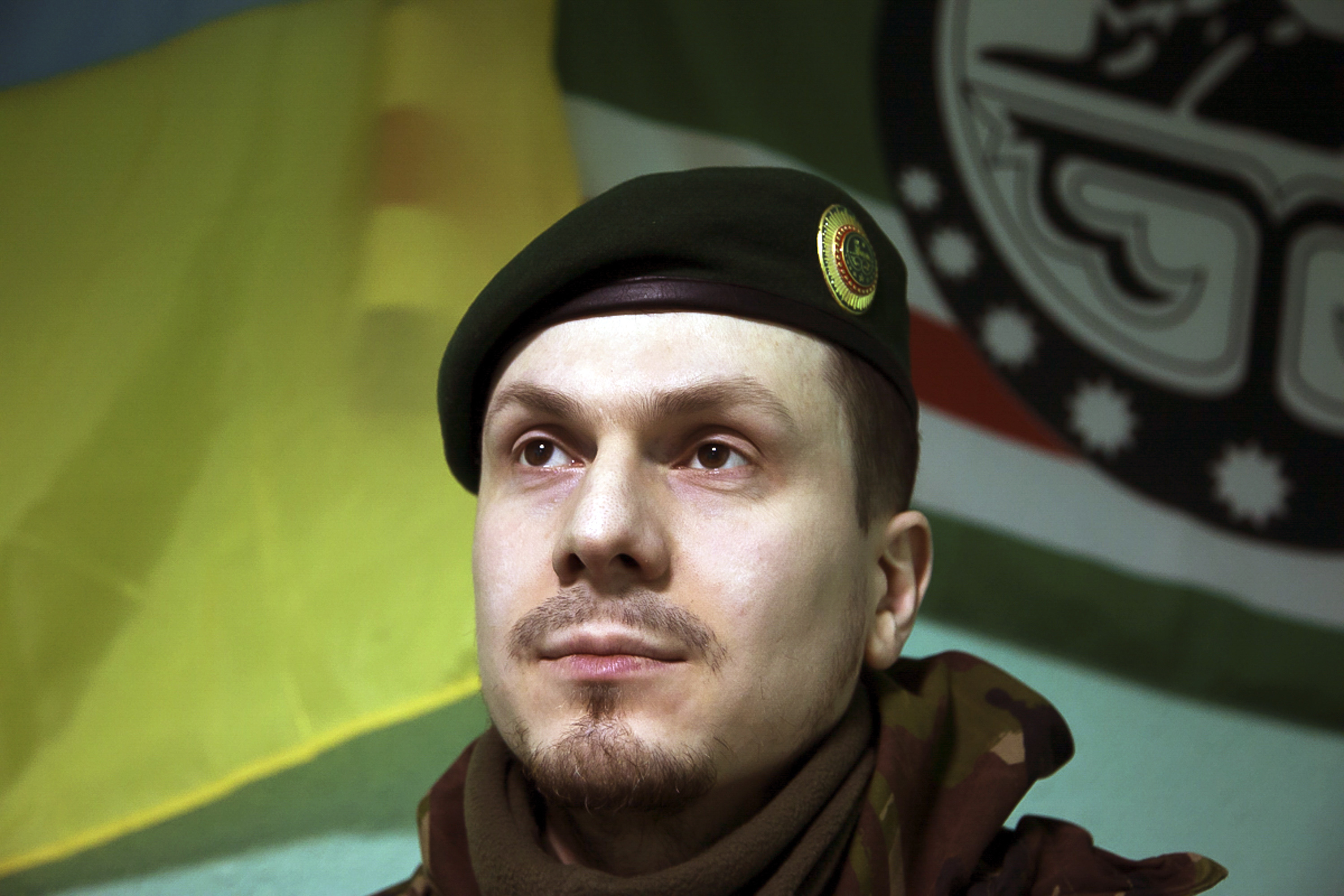 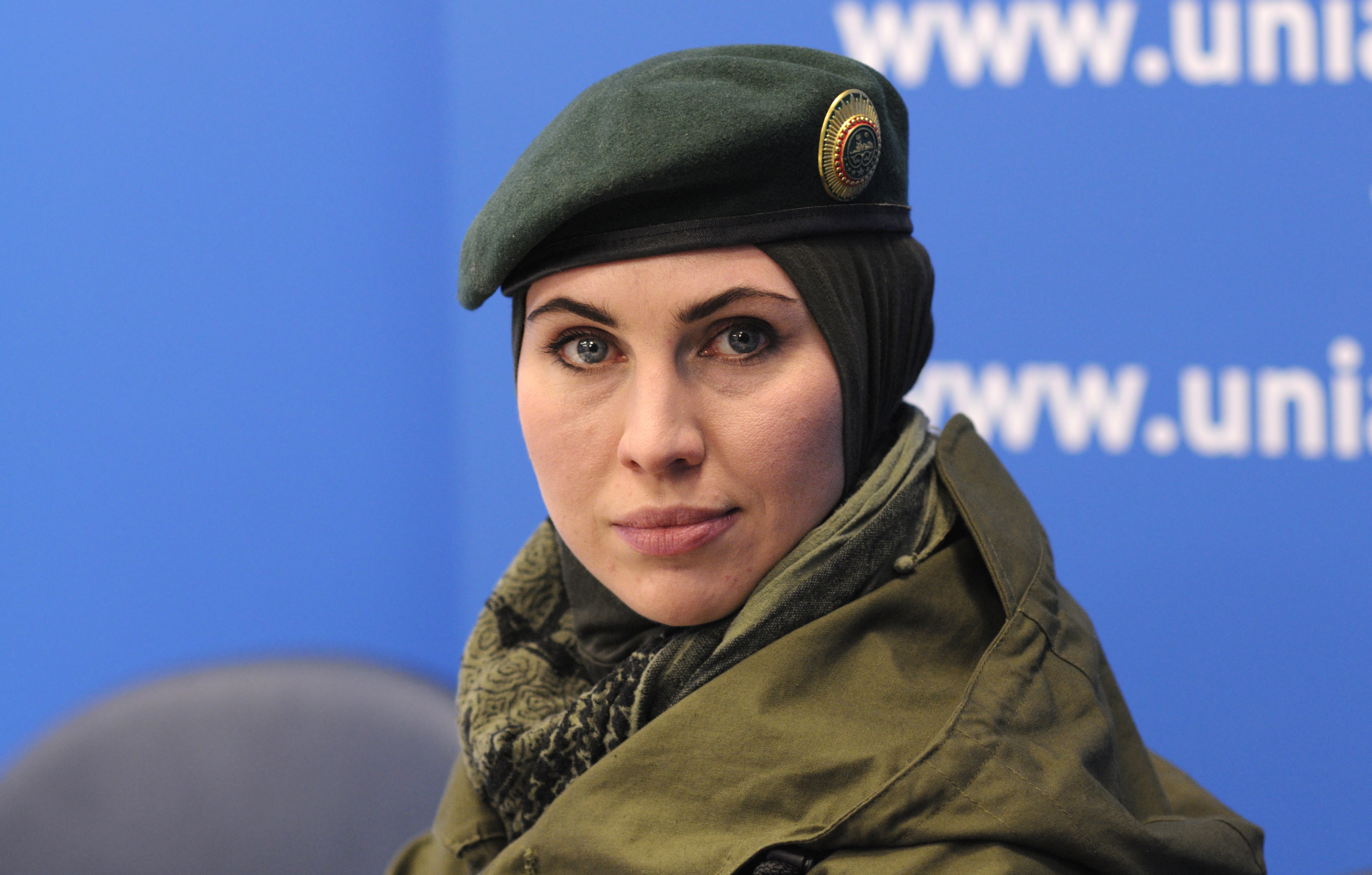 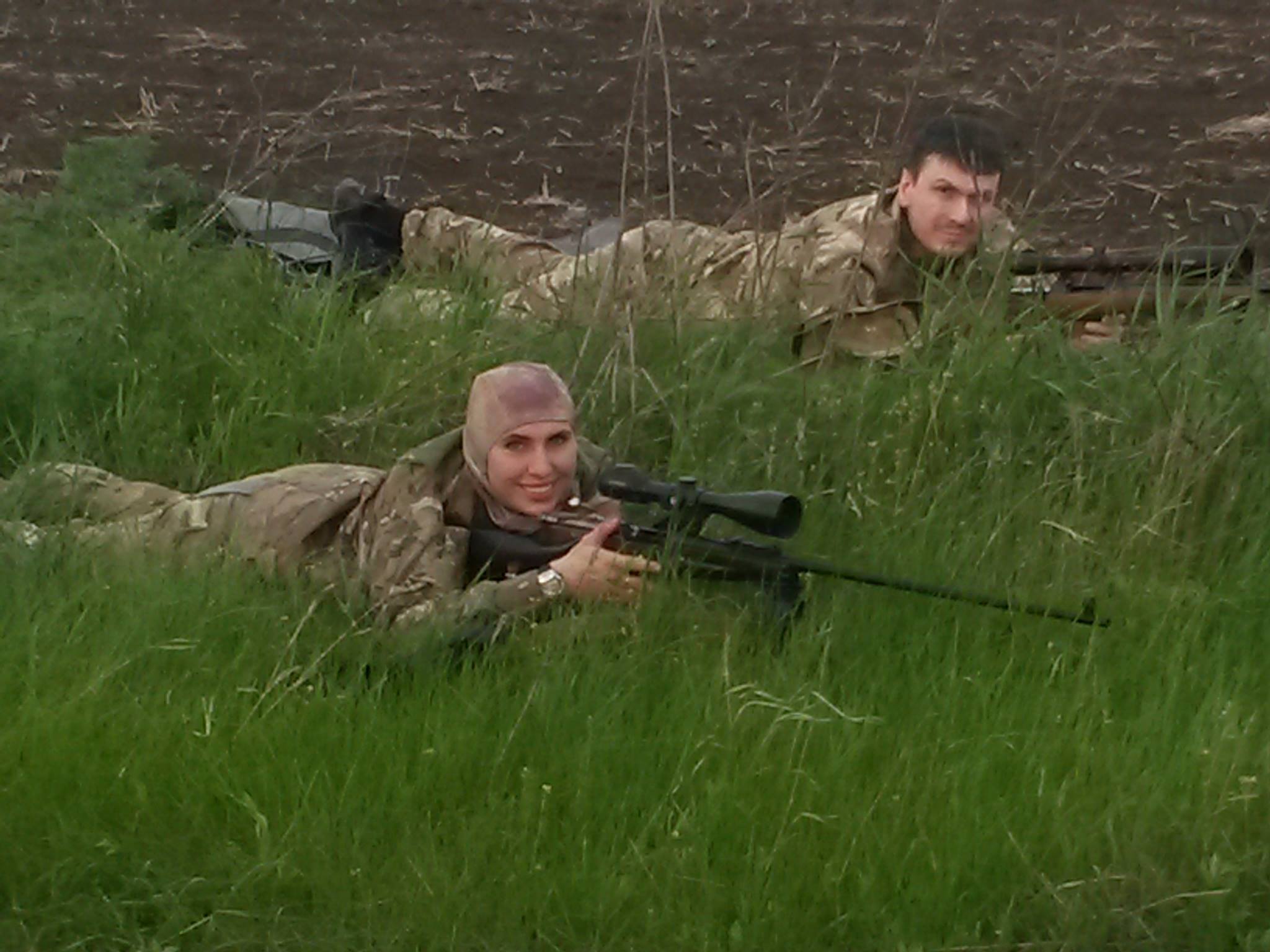 In 2012, Osmayev was arrested and later acquitted in connection with a foiled "plot" to assassinate Putin, the then-Russian Prime Minister.

However, he denies everything and claims he was set up by Putin's spies who tried to use him as a scapegoat to crackdown on Chechens.

"I had wounds which weren’t healed yet and when they came in, they were very brutal, so all my wounds were opened up," he said.

He said agents "used a lot of methods" on him and then downloaded a video of Putin's motorcade that they used as proof he wanted to bomb the Prime Minister's entourage.

"You don’t think a lot when you are ‘bitten’. You are just thinking, I want to stop it, you want to say whatever they want. This is all you can think of."

Osmayev said the torture was physical at first but soon became "emotional" with agents threatening to hurt his family.

The freedom fighter successfully fought of an extradition warrant to Russia and was eventually acquitted of all charges.

Osmayev is now leading the Dudaev Battalion against pro-Russian separatists in Ukraine.

Just last year, Osmayev helped weed out a Russian mole operating at the highest level of the Ukrainian secret service.

He worked with agents to catch Major-General Valery Shaytanov, head of Ukraine's secret service, the SBU, who wanted Osmayev dead.

"My role was to act a little bit," he says. "The Russians basically thought it was going to happen, that he would be successful and even they [the SBU] made it look as if I was killed.

"They bought cow's blood and spilled it on me and took pictures and gave it to the general".

The six-month operation saw Shaytanov arrested on suspicion of treason and planning terrorist attacks, according to The Times.

Now, Osmayev is focused on helping win the war in Ukraine – and he fears Russia could be gearing up for a larger offensive.

"I believe we are on the right side. We are doing the right thing. Ukraine did not attack anyone. It’s just trying to defend itself.

"Just like in Chechnya, we were defending our homeland and defending your homeland is one of the most noble things a human being can do." 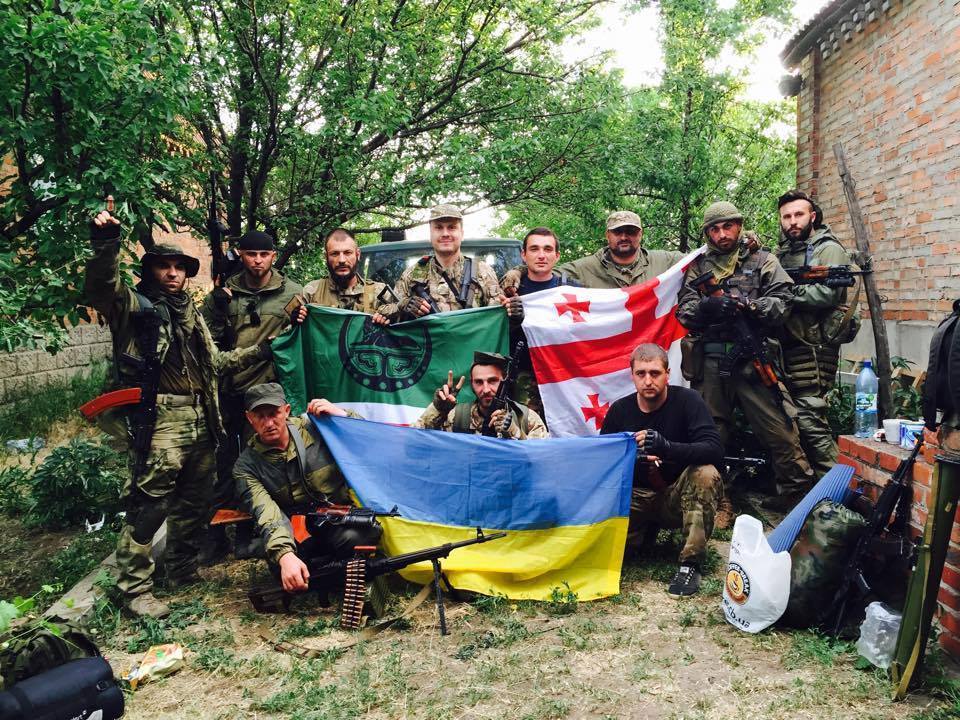