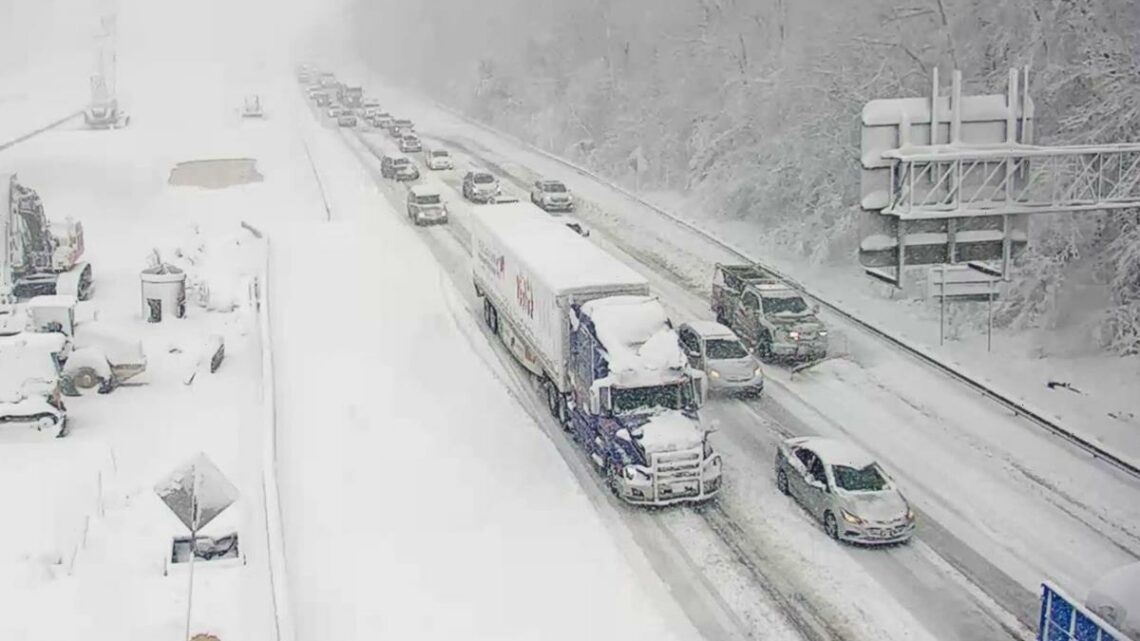 HUNDREDS of “sobbing and scared” drivers have been left stranded for more than 15 hours in freezing temperatures as severe snowstorms pummeled Virginia.

Cars and trucks remained gridlocked on Interstate 95 as of 5am local time Tuesday, while around 400,000 people were left without power. 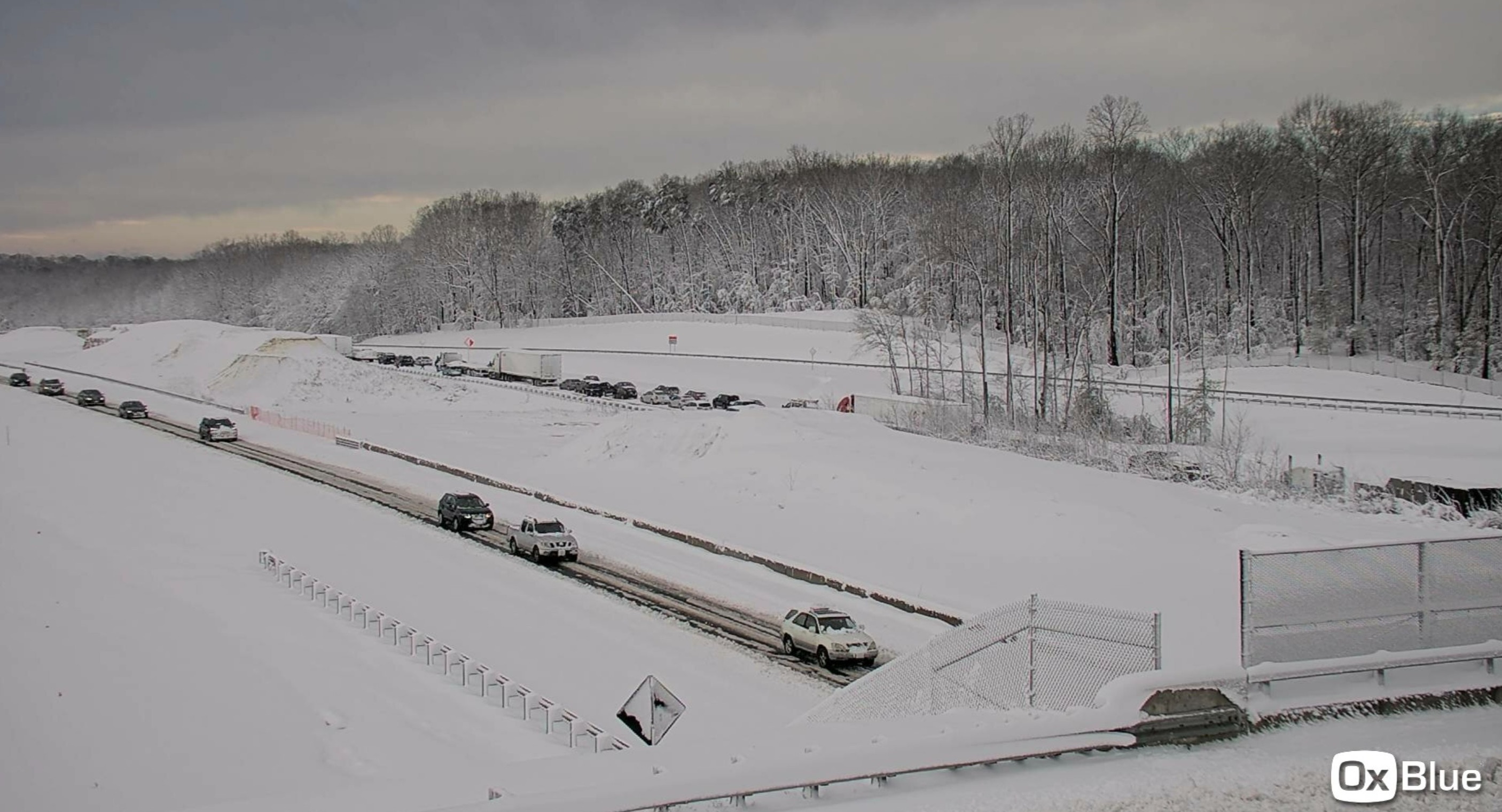 Some were left without heat as they had to turn off their car engines to save fuel, WTOP reports.

One person told the outlet that they had been stuck on the interstate with their three kids, including a baby.

Reporter Dave Dildine said: “Some people were seen abandoning their vehicles in snow-covered travel lanes, walking down i-95 to parts unknown. Some callers were sobbing and scared.”

Kiran Bose told Insider: “There’s snow everywhere. I need to keep the heat on. I’m a quarter tank away from the end.”

He was traveling with four people to Richmond and the journey was expected to take five hours, but it is now 12 hours.

Normal life may be back in 60 DAYS as Omicron is ending pandemic, says health boss

The nearest gas station is around four miles away, but Kiran said he couldn’t walk there because of the slippery roads.

A woman told CBS6 Monday that her brother, his wife, and their two kids were preparing to sleep in their cars.

Part of the I-95 in Fredericksburg was blocked by “downed trees and disabled vehicles”, according to Virginia Department of Transportation officials.

Fredericksburg saw around 14 inches of snow, according to the National Weather Service.

Meanwhile, around 12 inches of the white stuff fell in Chancellorsville.

Pictures show jack-knifed trucks scattered across the highway as cars try to navigate around them, WRC-TV reports.

Hundreds of vehicles were stranded in Prince William County near Woodbridge.

Around 20-30 trucks were stuck near the Thornberg exit as tow trucks try to rescue stranded motorists.

Cops said that troopers, wreckers, and VDOT crews are working to get traffic moving, but warned they did not have a deadline.

The heavy snow forced many Covid-19 testing and vaccination sites to close.

State police in Virginia warned that any snow that melts is likely to freeze, causing treacherous conditions on roads, warning Virginians not to travel.

Snow also hit parts of Washington DC, Maryland, and even Florida on Monday.

She told Fox13: "I was pretty excited to see snow. However, it is extremely cold. My heat is getting its use today."

In Maryland, salt truck drivers were left stranded on the eastbound Route 50 on highway I-97 when a trailer jack-knifed.

Federal worker Shawn Devroude, 52, told the Associated Press: “It was balmy and foggy yesterday and then six inches of snow this morning, not even 12 hours later.”

He braved the frigid conditions to play with his nine-year-old border collie.

And, graduate student Andrea Klein, 23, told the AP that walking in the snow “marked a return to normalcy”.

Dozens of people in Washington DC took part in a snowball fight on the National Mall on Monday in a contest dubbed “The Battle of Snomicron” – a nod to the Covid variant.

President Biden felt the brunt of the storm as he was whipped by the wild winds while disembarking Air Force One at Joint Base Andrews.

The stairlifts at the base struggled to get through the thick snow, so the commander-in-chief was forced to stay on board for around 30 minutes.

Biden swayed from side to side as he carefully made his way down the stairs.

A Secret Service official walked a few feet behind the commander-in-chief.

The president then entered his motorcade as he navigated the tricky conditions on the tarmac.

Biden traveled to the White House from Joint Base Andrews via his motorcade after his helicopter from Delaware was grounded by the weather.

CNN meteorologist Pedram Javaheri warned that it could take weeks for the snow to melt.

Javaheri said the white layer of snow reflects sunlight and prevents the ground from warming enough to melt it.

The meteorologist warned that it takes around three days of temperatures above 50F for 2-4 inches of snow to melt. 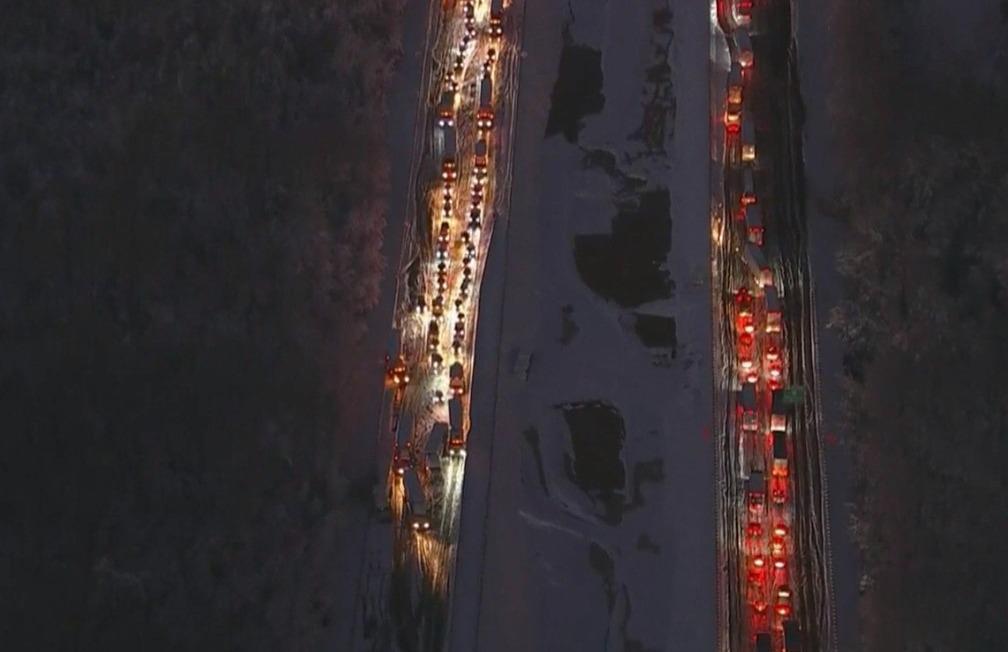 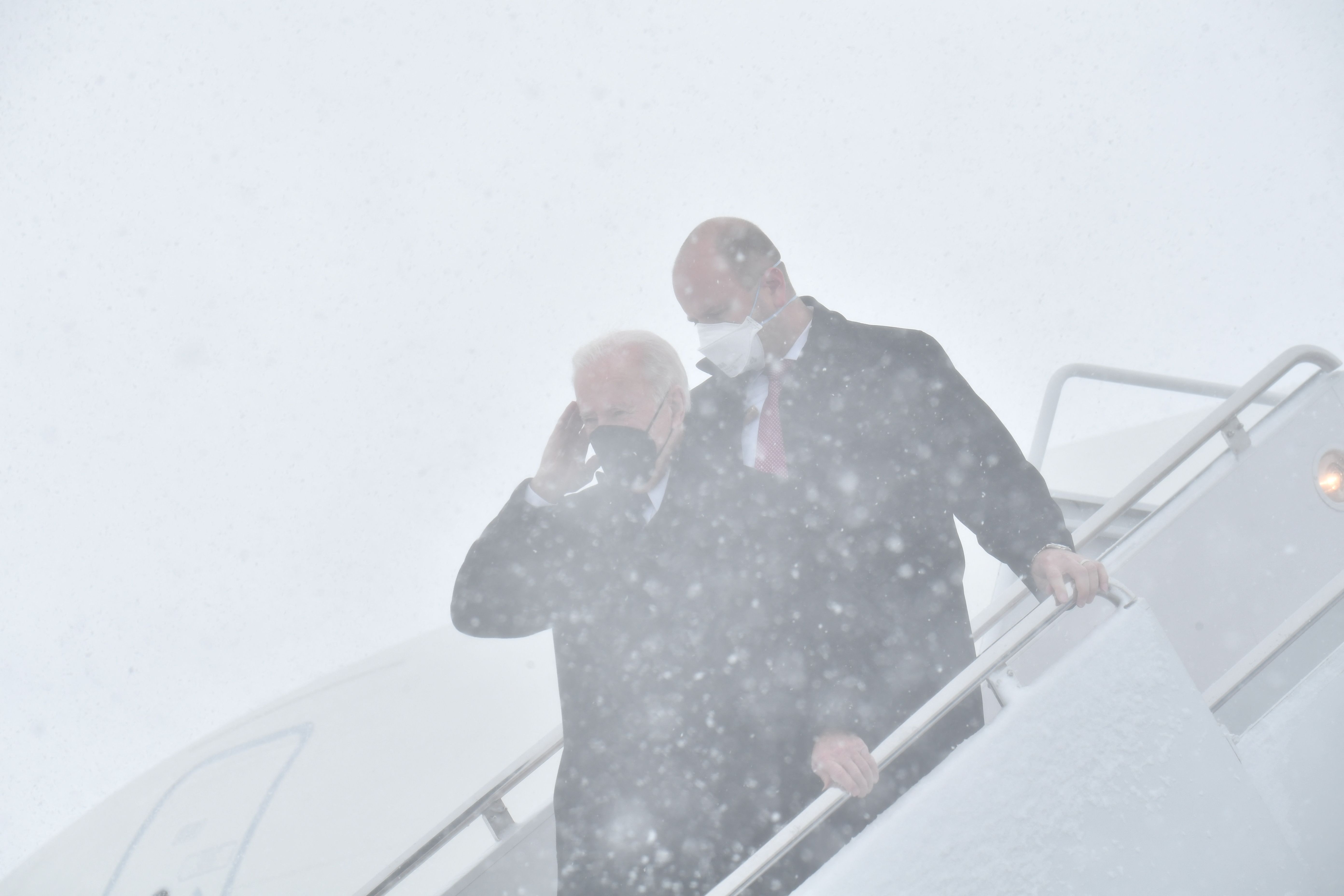 US Reports Highest Number Of Covid Cases In A Day
Technology