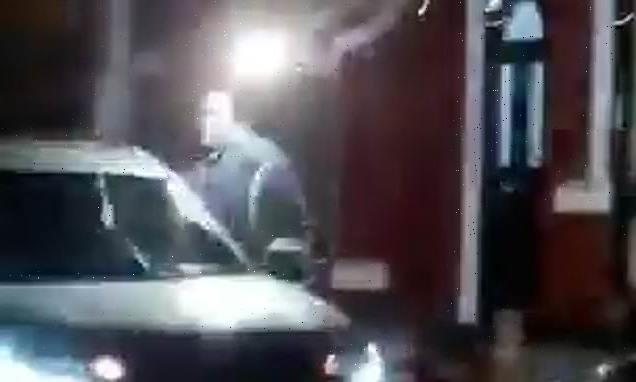 Shocking footage has captured two reckless men shooting fireworks at a man standing on a residential street in Liverpool.

In the video, filmed on October 31, one of the thugs can be heard shouting ‘get out of the area lad’ as the fireworks explode near the man waiting on the corner of Wavertree Road, Liverpool.

The footage has gone viral as residents speculate whether the target of their barrage of explosives was local bodybuilder, 60-year-old Akinwale ‘Purple Aki’ Arobieke.

Arobieke became notorious locally in the early 2000s, after he approached younger men before touching and measuring their muscles, and invited them to squat his body weight. 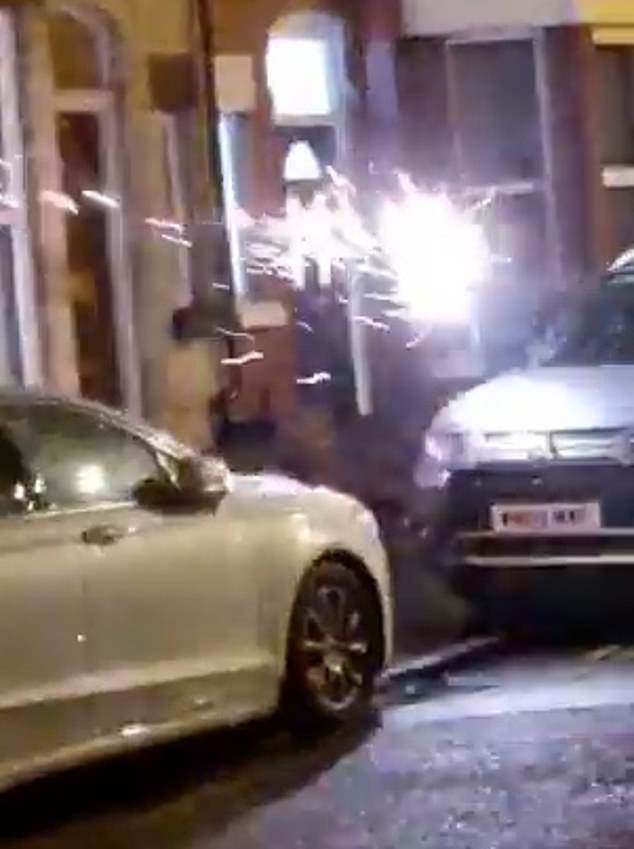 Shocking footage shows the moment a gang of reckless thugs shot fireworks at a man’s head in Wavertree Street, Liverpool on Halloween 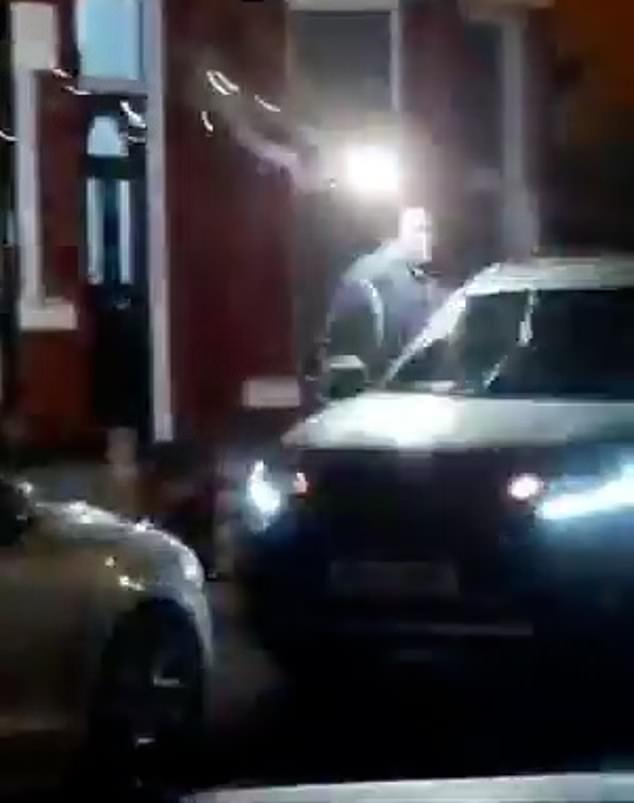 Residents have speculated the figure (pictured) who faced the barrage of fireworks is a local figure, 60-year-old Akinwale ‘Purple Aki’ Arobieke

In the footage, the man is standing on the corner of the road when he suddenly faces an onslaught of rockets from a gang.

The pair shout ‘get the big boyo’ and ‘get out the area lad’ in a bid to get the man to leave, but he unflinchingly stands his ground despite the terrifying attack.

One thug can be seen firing a rocket at his target, setting off a car alarm in the process, while another hooded figure prepares to arm himself with more fireworks from the boot of his car.

A spokesman for Merseyside Police said: ‘We are aware that a video is being shared on social media channels appearing to show fireworks being targeted at a man.

In similar scenes of Halloween carnage, explosives were shot at passers-by in London on October 31.

Terrified members of the public and motorists were left watching in horror as a group of thugs pelted fireworks across a high street in Stamford Hill, north London.

Elsewhere scores of people were seen running for cover as fireworks were also blasted along a street in Woolwich, south east London. 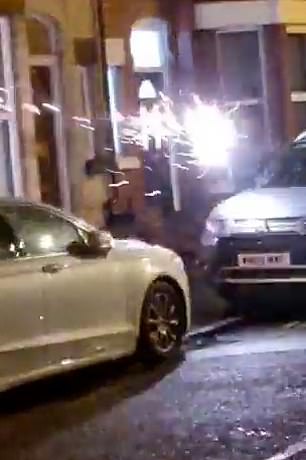 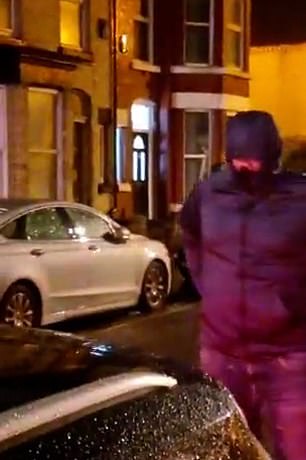 One thug can be seen firing a rocket, setting off a car alarm in the process, while another hooded figure (pictured, right) prepares to get more fireworks from the boot of his car

Akinwale Arobieke’s long-held fascination with pumped up physiques led to notoriety and repeated brushes with the law.

In 2003, the 6ft 5in bodybuilder was jailed for six years after being convicted of harassing 15 well-muscled men.

Three years later, while he was still behind bars, a Merseyside Police made a Sexual Offences Prevention Order (SOPO) which banned him touching men’s muscles and going to gyms.

In 2016, Arobieke’s 10-year Sexual Offences Prevention Order was lifted after he successfully represented himself during an appeal hearing, arguing his behaviour was ‘neither criminal nor sexual’.

The violent scenes in Liverpool come a year after Police Federation chair John Apter called for an urgent review into the sale of fireworks amid a spate of attacks across the UK.

With Bonfire Night just around the corner, Merseyside Police Chief Inspector Peter Clark said: ‘We know that at this time of year we can see increased anti-social behaviour, arson and the reckless use of fireworks and we have plans in place for this.

‘No one should have to suffer being the victim of assault and I would like to reassure everyone that there will continue to be extra high-visibility patrols during this time.

‘This will be one of the busiest periods for the emergency services, and the irresponsible use of fireworks will only add to the workload for ambulance staff, firefighters and police officers.’

He said: ‘The dangerous, irresponsible and unlawful use of fireworks we have seen can no longer be ignored.

‘We have witnessed numerous pitched battles in the streets with fireworks being used as a weapon of choice and fired indiscriminately at police officers.

‘This is not just a “bit of fun”, it is a serious issue which can, and does, lead to people being badly injured.’

Why was Georgetown College President William A Jones fired?
Technology