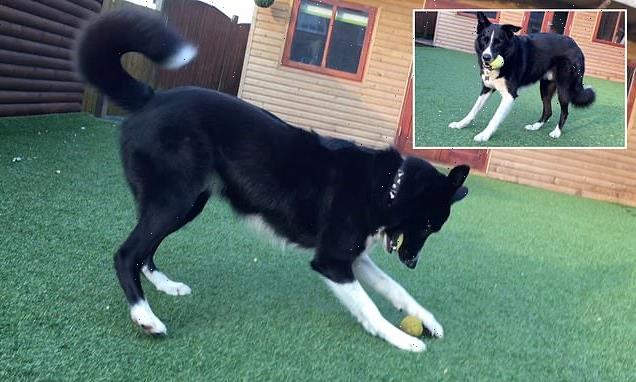 Harry Kanine! Border Collie shows off his football skills – dribbling and passing the ball with his front paws

A border collie has been impressing his owner with its above average footballing skills.

Toby the border collie was filmed by his owner Dave Gilbert during a kick-about in the back garden of their Leicestershire home.

Mr Gilbert was especially impressed by his dog’s strong right paw as well as well as its passing skills. 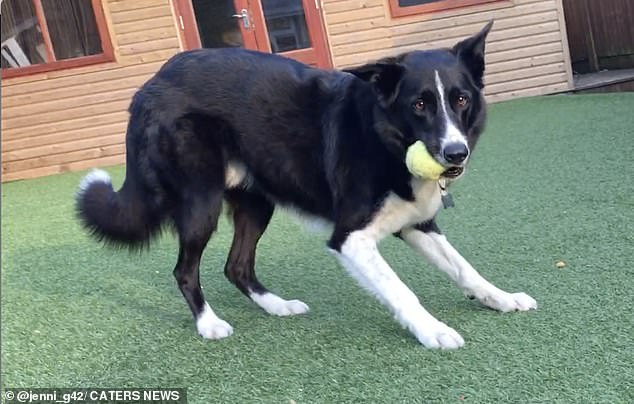 Toby the border collie, pictured, loves playing football in the back garden of his owner Dave Gilbert’s Leicestershire home 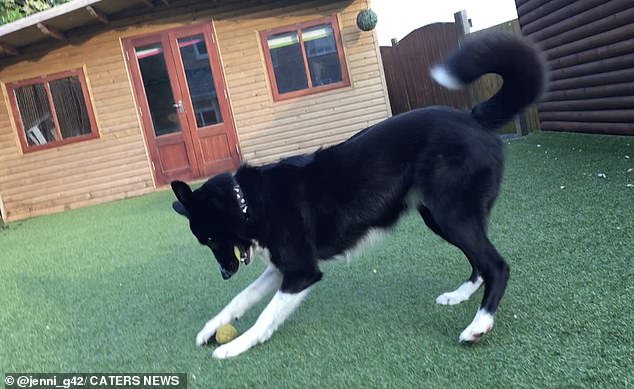 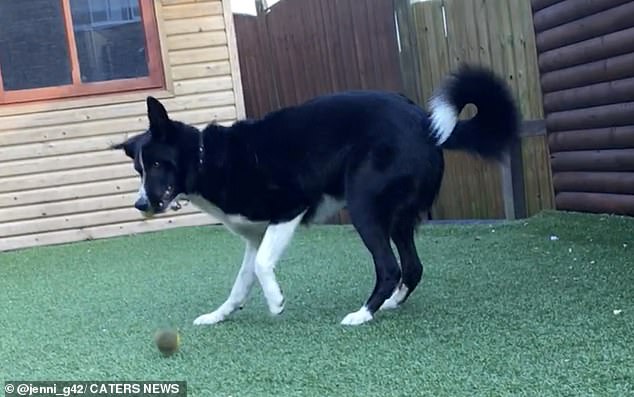 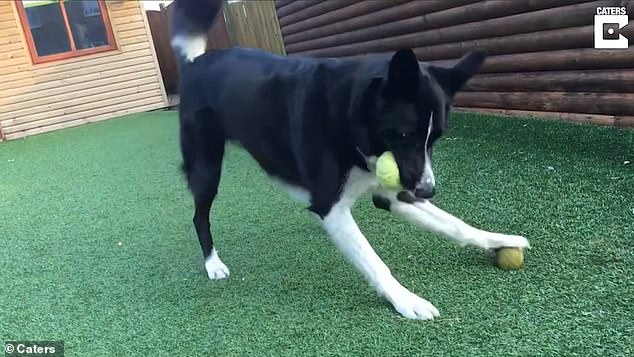 Here, Toby has two balls under control, with one in his mouth and a second with his left paw

Toby’s shooting skills have been compared with the England captain Harry Kane.

The footage shows Toby racing to close down the tennis ball and return it to Mr Gilbert with pinpoint accuracy.

The 52-year-old company director said: ‘Toby was quite young when he started doing his football trick.

‘People always enjoy watching him, he draws people in to playing with him by passing the ball to them and then tapping their leg for them to kick it.

‘Toby has to have something in his mouth to be able to play football and he particularly likes using his right paw for kicking.

‘He is a lovely boy and never fails to do something to make us smile.’

Toby’s exploits follow Ollie the border collie who was filmed playing football at his home in Rosyth, Fife.

Postman Davie Barbour challenged the dog to a match while on his round.

Using its front legs, Ollie excitedly dribbles the ball before launching to his new friend in an incredible pass.

He traps the ball between its paws and takes a few touches before shooting it back.

And the happy-go-lucky dog displays his incredible skills when he fails to miss the ball. 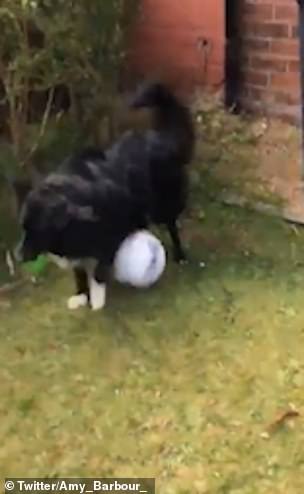 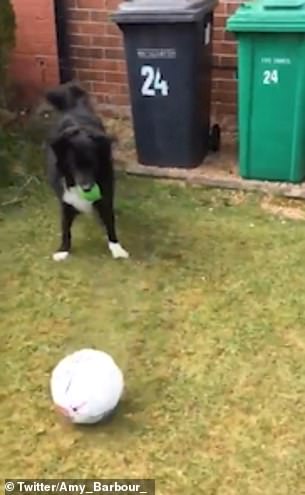 Postman Davie Barbour, 50, was delivering letters when he came across the fun-loving dog who challenged him to a match

Mr Barbour, who has been a postman for 16 years, films the kick about as he exclaims: ‘Did you see him dribbling the ball there?’.

Daughter Amy Barbour says the dog will wait for him every day with the football and blocks his path until they’ve played a game together.

She said: ‘He lives at the bottom of the street, but has a view of my dad when coming into their street before he crosses over to his house, while dad goes to the other houses he goes and gets his ball and waits at the gait for him with the football.

‘Once he’s in the garden it’s either a football or tennis ball which is rolled over to him to engage in the game which can last five minutes every day.

‘The dog blocks the pathway with the ball and doesn’t let him past until he’s played with him.’

Little girl, 5, crushed to death by collapsing gravestone as she played