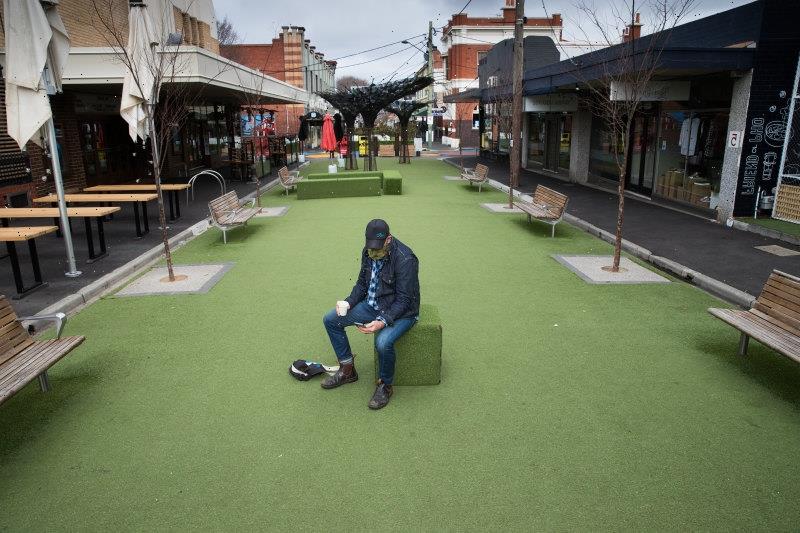 Epidemiologists advising the state and federal governments say Victorians will endure more frequent lockdowns until the end of the year because of Sydney’s worsening outbreak and the high infectiousness of the Delta variant of COVID-19.

The most recent modelling of possible outbreak scenarios predicts Victoria could spend at least one in four days under lockdown, while other scenarios predict even more frequent lockdowns will be required to contain the spread of the virus. 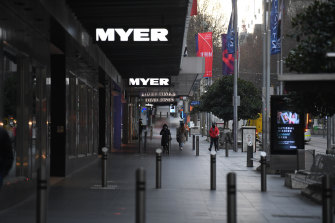 An empty mall on Friday morning, the first day of the state’s sixth lockdown.Credit:Justin McManus

NSW reported a record-high 291 new cases on Friday in a worsening outbreak that experts from Melbourne and Monash universities say will contribute to more frequent outbreaks – and lockdowns – in Victoria.

Victoria was out of lockdown for just over a week before stay-at-home orders were imposed for another seven days from 8pm Thursday, after the detection of six new cases in the community. The state on Friday recorded six new cases of coronavirus linked to existing outbreaks, but the infected people were not in quarantine while infectious.

Monash University’s epidemiology team, which provides Victorian and federal government modelling, now assumes Sydney will not bring its caseload to zero over the next few months.

Team head James Trauer said Victoria could expect to cycle through lockdowns until vaccine coverage of 70 or 80 per cent was reached.

“It does look likely that we’ll need several more lockdowns from now till we have substantial vaccination coverage,” Associate Professor Trauer said.

Another member of the Monash team, Michael Lydeamore, said: “Delta is so much more transmissible that the likelihood of control using only our existing measures, but without lockdown, is very small.”

On Friday, two federal government sources with knowledge of the vaccine rollout told The Age 150,000 extra doses of the Pfizer vaccine would be brought forward for Victoria in response to a request from Premier Daniel Andrews.

It follows the federal government on Thursday bringing forward the delivery of nearly 185,000 jabs for NSW and 112,300 for Qld, which has also locked down to suppress the virus.

Modelling by the Doherty Institute commissioned by the federal government suggests lockdowns are needed about 40 per cent of the time while less than half the Australian population is vaccinated.

By Thursday only 21.38 per cent of Australians aged over 16 had received both doses of a COVID-19 vaccine.

This model assumes light restrictions are in place at all times and there are low levels of circulating virus when emerging from lockdown. Importantly, it does not account for periods when the virus is eliminated and could therefore overestimate the amount of time spent in lockdown.

University of Melbourne modelling published in JAMA Health Forum last week suggested Melbourne could expect to spend about a quarter of the year in lockdown.

That modelling could underestimate the extent of disruption as it was conducted with data from the coronavirus strain that first emerged from the Chinese city of Wuhan, not the Delta variant circulating in Australia. 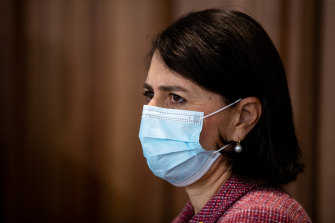 NSW Premier Gladys Berejiklian at a media conference, on a day that she announced a record high number of Covid-19 cases during Sydney’s extended lockdown back on July 29.Credit:Janie Barrett

Victoria’s fifth and previous lockdown was triggered by three Sydney-based removalists who spread the virus. One theory behind Victoria’s latest outbreak is that it stems from a family who spent a week in hotel quarantine in NSW.

The University of Melbourne modelling assumed there was a one in 100 chance per day of a new case being seeded in Victoria, but with Sydney’s worsening case numbers that threat has increased.

“When you’ve got it more like one in every two or three weeks, that totally changes the equation,” said Dr Jason Thompson of the University of Melbourne, who worked on the Victorian government’s epidemic modelling.

“If your strategy is ‘go hard, go early’, but you can’t control the incursions, you’re going to be doing it a lot. So you have to control quarantine, and the border, and the incursions. That’s it, really because otherwise you are in permanent lockdown,” Dr Thompson said.

At Friday’s national cabinet meeting, state and federal governments signed off on a plan to phase out lockdowns once 70 per cent of the population was vaccinated. Vaccination levels above 70 per cent would also allow increased freedom of interstate and international movement.

Health Minister Martin Foley said on Friday lockdowns would continue to be part of the state’s pandemic playbook.

“No one likes lockdowns. As we’ve now established, they work. They are one of our major tools in our public health response, and until such time as we have the levels of 70 or 80 per cent vaccination, they are ging to continue to be a part of that,” Mr Foley said.

Doherty Institute modelling suggests Australia will vaccinate 70 per cent of the eligible population by the start of November, with 80 per cent coverage reached closer to the end of the month. 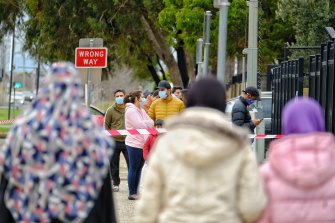 The vaccine centre at the Al-Taqwa College on Friday.Credit:Luis Enrique Ascui

Much of that is driven by a sharp uptick of Pfizer supplies expected in September.

Burnet Institute head of modelling and biostatistics Nick Scott said that as more people were vaccinated, the chance of a single case turning into an outbreak should fall.

“But even with more chance of a dead end, it is still a roll of the dice each time and some will lead to an outbreak that requires a lockdown,” he said. “We will be transitioning in and out of lockdowns for a while.”

Victoria’s seven-day lockdown means people are expected to stay in their homes at all times and not allow any visitors. There are only five reasons for leaving: food, work, education, caregiving and to get vaccinated.

Three of Victoria’s new infections on Friday were in a household linked to a teacher at the Al-Taqwa College in Truganina.

Two cases are linked to the City of Maribyrnong outbreak, including one person who attends the Warringa Park School in Hoppers Crossing.

The new infections also included a cleaner at the Epworth Hospital in Melbourne.

In a statement, Epworth Hospital chief executive Lachlan Henderson said the contractor works “after business hours” cleaning “parts” of the centre, not including patient areas.

“Epworth in its pandemic planning has prepared for this scenario, and we have enacted a range of comprehensive safety precautions,” Mr Henderson said.

Liam Mannix’s Examine newsletter explains and analyses science with a rigorous focus on the evidence. Sign up to get it each week.