Survivors of sexual assault and their supporters – including Victims of Crime Commissioner Fiona McCormack – say Victoria’s consent laws need to be toughened up, even if a review does not recommend that.

As the Victorian Law Reform Commission prepares to release the findings of its inquiry into the response of the justice system to sexual offences, Ms McCormack said the Andrews government should adopt “affirmative” consent laws to offer stronger protection for survivors . 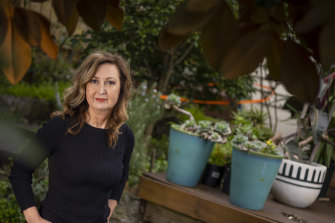 Other states have already moved to strengthen their consent legislation. Under its so-called “yes means yes” model, Tasmanian law requires a positive indication of sexual consent to be ascertained.

In May, NSW Attorney-General Mark Speakman introduced similar laws despite the fact they were not recommended by the state’s 2½-year Law Reform Commission review. An accused is now required to show they did or said something to find out if a person was consenting, should they wish to rely on a mistaken but reasonable belief there was consent.

“You just can’t assume through lack of resistance or lack of protest that consent has been given,” Mr Speakman said.

Some Victorian legal experts, however, claim the Tasmanian model has not led to more convictions and say the problem is not the laws themselves but the “dinosaurs” in the judiciary who interpret them.

It is in line with community expectations to say a person seeking to have sex with another person should actively seek consent.

But Ms McCormack said speaking to sexual assault survivors had led her to believe it was time Victoria introduced more stringent sexual consent laws because too much interpretation of whether consent was present was possible under current legislation.

“The more I speak to victims of sexual assault and the more I learn about affirmative consent, the more I think we need to strengthen Victorian laws. If the VLRC don’t recommend it, the Victorian government could always do what we saw the NSW government do and go beyond the recommendations,” said Ms McCormack, a former chief executive of Domestic Violence Victoria.

Consent laws in Victoria are already considered strong and are based on a communicative consent model, contained in jury directions which state consensual sex should only take place where there has been communication and agreement between parties.

But in May, the Office of Public Prosecutions said courts appeared to be applying a low bar for the communication of consent and it was affecting prosecutions. 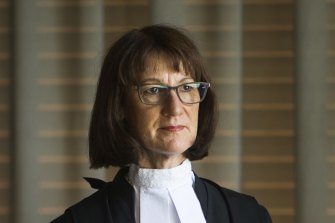 Director of the Office of Public Prosecutions Kerri Judd, whose office is concerned about a “troubling” application of consent laws in Victoria.Credit:Paul Jeffers

Ms McCormack said the Victorian model was “inadvertently putting the focus back on victims and trying to interpret whether she moved in a certain way or made a certain sound that could be interpreted as consent”.

The Australian Lawyers Alliance’s criminal justice spokesman, Greg Barns, SC, said Tasmania’s regulations had “not made a scrap of difference to the number of cases coming before the court or the number of alleged victims coming forward”. Nor had they led to an increase in convictions.

“There’s an air of unreality about affirmative consent in many situations,” he said. “In most sexual assault cases where the issue is consent, consent can be communicated in a number of ways.”

Mr Barns said more emphasis on affirmative consent could be useful “in an educative sense” but the evidence did not support it resulting in higher sexual assault conviction rates. 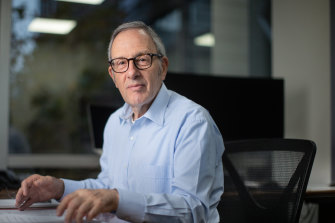 Victorian Law Reform Commission chairman Anthony North said in May that he believed implementation of the state’s existing consent laws by “legal dinosaurs” was more of a problem for justice than the laws themselves.

“We have been told that the existing law, which requires free agreement – and specifies that there is no agreement, for example, if a person is asleep, intoxicated, or unable to object because of fear – in effect mandates the concept of affirmative consent,” he said.

“We have been told that the barrier to implementation of the concept of free agreement is an entrenched culture among lawyers and judges involved in these cases, which has not adjusted to the changes which were legislated as late as 2015.”

The commission, which is due to hand down its report this month, has also been told the most effective way to address the cultural problem is through the training of lawyers and judges.

Dr Rachael Burgin, a lecturer in criminology at Swinburne Law School and chair of Rape and Sexual Assault Research and Advocacy, said her organisation, including sexual assault survivor Saxon Mullins, would push the government to introduce affirmative consent laws should the commission fail to endorse them.

Dr Burgin and Ms Mullins, RASARA’s advocacy head, led the campaign for affirmative consent in NSW after Ms Mullins’ court experience in the highly-publicised rape trial of Luke Lazaraus. Mr Lazarus was eventually acquitted on the basis he believed on “reasonable grounds” that he had consent. Dr Burgin and Ms Mullins met with Mr Speakman in April.

“It is in line with community expectations to say a person seeking to have sex with another person should actively seek consent from that person … we will be seeking meetings with relevant Victorian ministers including the Attorney-General [Jaclyn Symes] and we would like to think she does seek to act for survivors after recent law reform in Victoria around removing victim gag laws,” Dr Burgin said.

She said the reason conviction rates for sexual assault in Tasmania were not higher was not due to a failure of affirmative consent law, but whole-of-system issues.