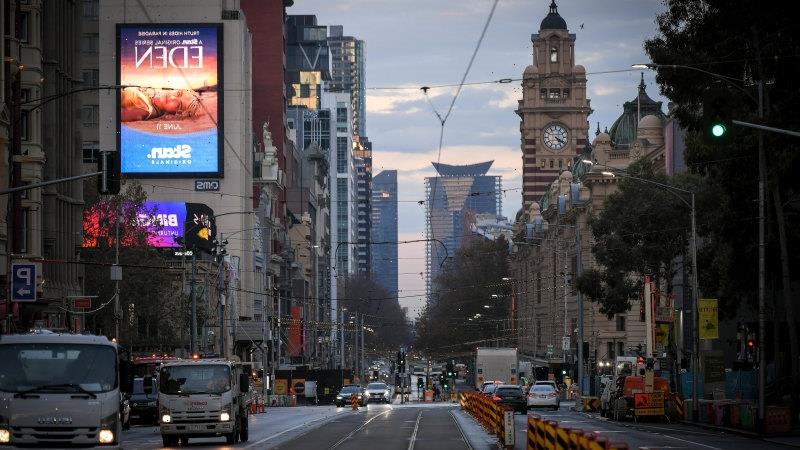 We have made our live blog of the coronavirus pandemic free for all readers. Please consider supporting our journalism with a subscription.

Unions say mandatory vaccination a ‘smokescreen’ when supplies are low

Unions representing aged care staff, ambulance workers and teachers are wary of the federal government’s call for mandatory coronavirus vaccinations as they contend with a membership base that includes some anti-vaxxers as well people who passionately support a jab.

Prime Minister Scott Morrison said last week that state, territory and federal health leaders had agreed in principle there should be mandatory vaccines in aged care but only Western Australia has given a timetable, with mandatory shots due in August. 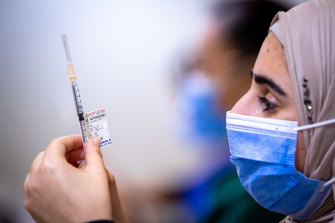 Unions say they fully support vaccination but have a sceptical view of the Morrison government’s push to mandate it for some workers.Credit:Eddie Jim

The unions say they back vaccines and will support the health authorities if they decide to make a coronavirus vaccine a condition of employment, but argue the main barrier to having workers vaccinated are problems with supply and distribution.

“You can’t mandate what you can’t get,” said Lloyd Williams, the national secretary of the Health Services Union, which represents staff in aged care homes.

Australian Nursing and Midwifery Federation federal secretary Annie Butler, whose union is the country’s largest, called the push for mandatory vaccination a “smokescreen” to cover the government’s failures.

“We have been asking them for two months: where’s the data, where’s the central coordination, how can we know where the gaps are, when you don’t know where you’ve even done it,” Ms Butler said. Like Mr Williams, Ms Butler wants workers to be given paid time off to be vaccinated.

Last week the federal government announced it would make it mandatory for aged care providers to report staff vaccinations after the Commonwealth Health Department admitted it did not know how many had been vaccinated.

Hundreds of aged care residents died after contracting COVID-19 during Victoria’s second wave and debate flared about making vaccinations mandatory after a handful of new cases in recent weeks that appear to have been unwittingly transmitted by nursing home staff.

Speaking to reporters in Canberra on Friday, Mr Morrison urged aged care workers to be vaccinated. “We are leaning heavily into this as leaders of governments and myself as Prime Minister, to see us move towards a mandatory vaccination for aged care workers,” Mr Morrison said.

Dr Bruce Willett, from Queensland’s Royal Australian College of General Practitioners, was speaking on the Today show early this morning.

He said there was a “a lot of anger and disappointment” in his home state after it was revealed a COVID-positive woman drove from Melbourne to Queensland despite the sunshine state imposing a hard border with Greater Melbourne. 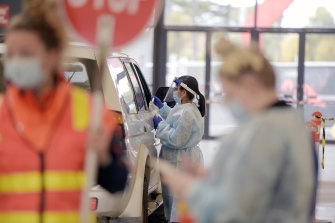 Healthcare sources have told The Age hospitals have been unable to get casual workers as the vast majority have taken up work on the more lucrative COVID-19 testing and vaccination programs.

The Nursing and Midwifery Federation, along with Victoria’s healthcare safety watchdog Safer Care Victoria and maternity services, have been meeting with the Department of Health to address the system strain.

A healthcare source who spoke to The Age on the condition of anonymity for fear of losing their job said they had been regularly asked to work extra shifts since the coronavirus pandemic took hold last March.

While some hospitals – such as the Joan Kirner Women’s and Children’s at Sunshine Hospital – have experienced a baby boom that has put pressure on staff, the source said hospitals with relatively stable birthing numbers had also felt intense pressure.

Most hospitals have a bank of casual staff they draw on when the permanent workforce is on leave, but sources said there had been a hole in the availability of casual nurses and midwives.

Australia tipped to approve Pfizer vaccine for children this year

Infectious diseases paediatricians and vaccine experts anticipate the Pfizer shot could be approved for use in Australian children as young as 12 before the end of the year.

However, it could be many months after the expected approval of the COVID-19 vaccine by the country’s Therapeutic Goods Administration before children and adolescents will be asked to roll up their sleeves. 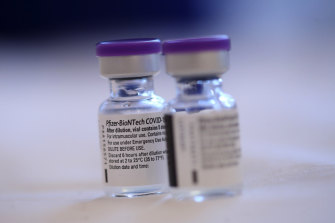 Pfizer/BioNTech has made a submission detailing the safety and efficacy of its vaccine for the 12 to 15 age group.Credit:Bloomberg

Paediatric Infectious Diseases specialist Christopher Blyth said on Wednesday the emergence of highly contagious variants in Australia meant it was more important to get as many people vaccinated as possible, including children and adolescents.

He said Australia would probably follow a similar path to North America, Britain and Israel, where Pfizer has been approved for use in children aged 12 to 15.

“Yes, I do think children will be vaccinated against COVID in the future and that will be important to try and limit community transmission,” said Associate Professor Blyth.

“Although children do not get as sick from COVID as adults, and are therefore not as great a priority, they are involved in transmission of COVID, particularly older children and adolescents, and so importantly, they do need to be part of our vaccine program going forward.”

Earlier this week, the Therapeutic Goods Administration received a proposal from pharmaceutical giant Pfizer/BioNTech that has also gone to medical regulators around the world detailing the safety and efficacy of its vaccine for the 12 to 15 age group.

Melbourne’s two weeks of lockdown will ease at 11.59pm tonight with cafes, shops and schools to reopen tomorrow but big business has warned the Victorian government’s conservative approach will do little to ease its financial burden.

Some larger venues may even stay closed with hospitality owners saying it not worth their while to open up with a 50-person indoor limit.

Acting Premier James Merlino announced that restrictions would ease across the state after just one case, a close contact already in isolation, was recorded on Wednesday.

Retail, hospitality and schools in Melbourne will reopen and events such as weddings and funerals can take place with tight attendance limits, which Mr Merlino said he expected to loosen further in a week.

Businesses such as gyms and nightclubs are still shut as Chief Health Officer Brett Sutton said the risk of undetected cases still existing in the community played heavily on the government’s decision-making – logic endorsed by epidemiologists.

“It’s [the risk of] potentially undetected cases out there,” Professor Sutton said. “We’ve had a number of cases where acquisition isn’t absolutely clear, so we just need to run that down as much as possible.”

A movement restriction will still apply to Melburnians, but was extended from five kilometres to 25 kilometres, while home gatherings remain banned in the city and will move to just two people in the regions.

Masks will still need to be worn in offices and QR code check-ins will be mandatory for most workplaces.

Welcome to our live coronavirus coverage

Good morning and welcome to our free, live coverage of the coronavirus crisis.

Hopefully you have power, heating and a non-leaking roof over your heads this morning. That was some wind overnight – and it isn’t over yet. Thankfully, it didn’t stop a little fairy getting into our household to pick up a troublesome tooth and leave a shiny gold coin in its place!

And while Melburnians are still restricted to only leaving home for five reasons (for one more day!), emergency services are also asking us to keep travel to a minimum. There are trees and power lines down across the city, and flooding has cut access into some outer Mebourne suburbs and Victorian towns. As far as lockdown days go, it’s a good one to stay home.

Stay safe and stay with us as we bring you all the coronavirus news today.