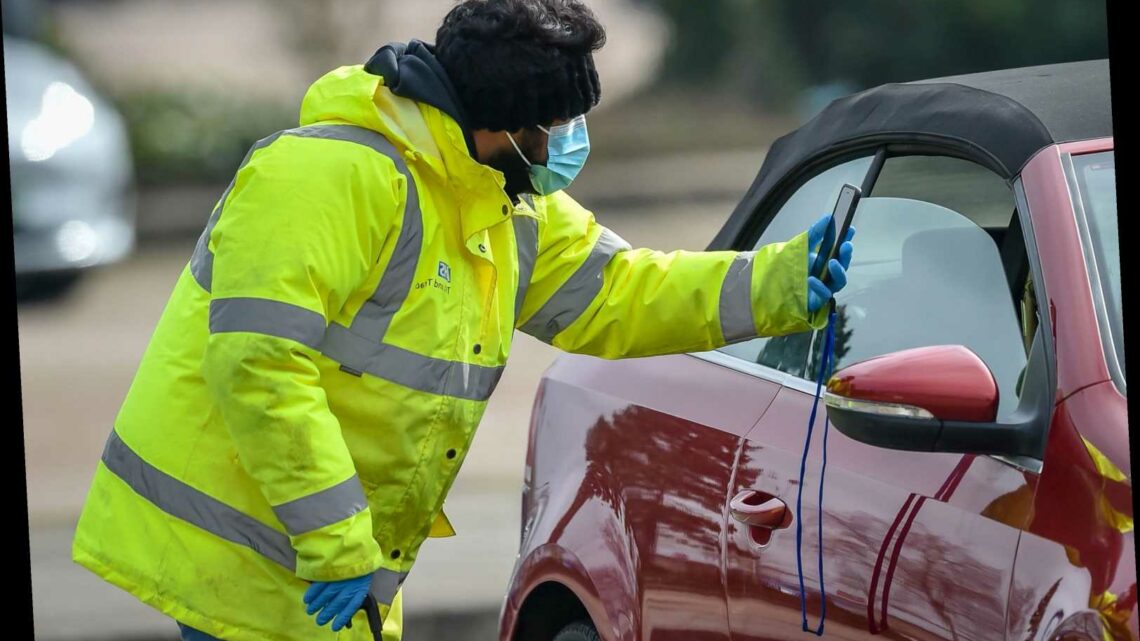 UK Covid deaths at lowest since OCTOBER as 104 more people die and another 5,455 test positive

CORONAVIRUS deaths have risen by 104 – the lowest toll since October.

🦠 Read our coronavirus live blog for the latest news & updates… 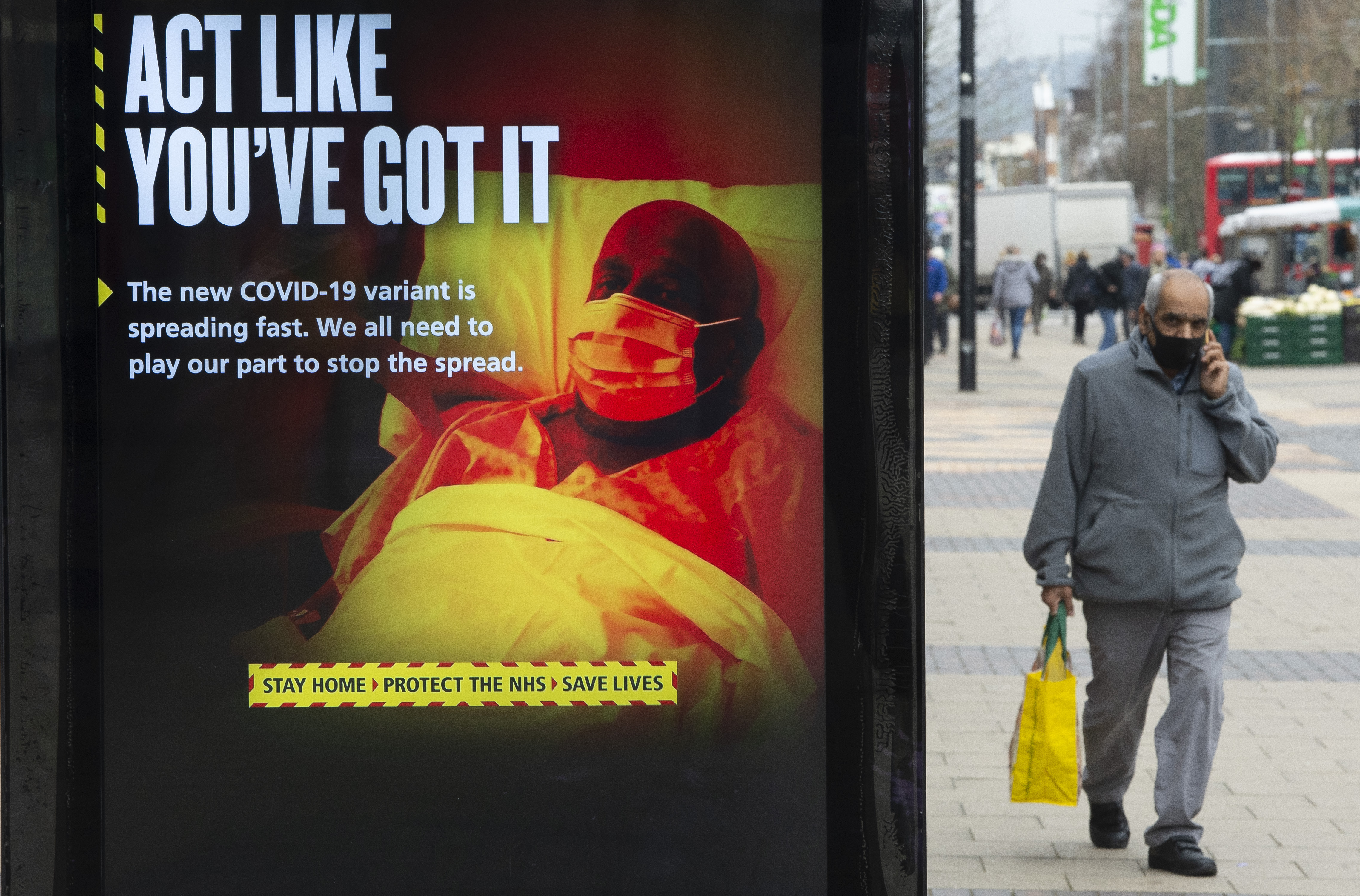 It brings the total number of deaths since the beginning of the pandemic to 122,953.

Today's rise in fatalities is lower than the 178 deaths recorded on February 22.

And it is significantly below the 230 deaths reported the week before on February 15.

It marks the lowest rise in deaths since October 25, when 102 deaths were recorded.

Cases are also nearly half of last Monday's figure of 10,641 in a sign that lockdown measures are continuing to slow the spread.

Today's rise in infections is the lowest since September 20, when 5,325 cases were reported.

Separate figures showed a further 127 deaths in English hospitals, bringing the total to 83,250.

Patients were aged between 46 and 99 and all except one, aged 58, had underlying health conditions.

Scotland reported no new deaths in the past 24 hours. 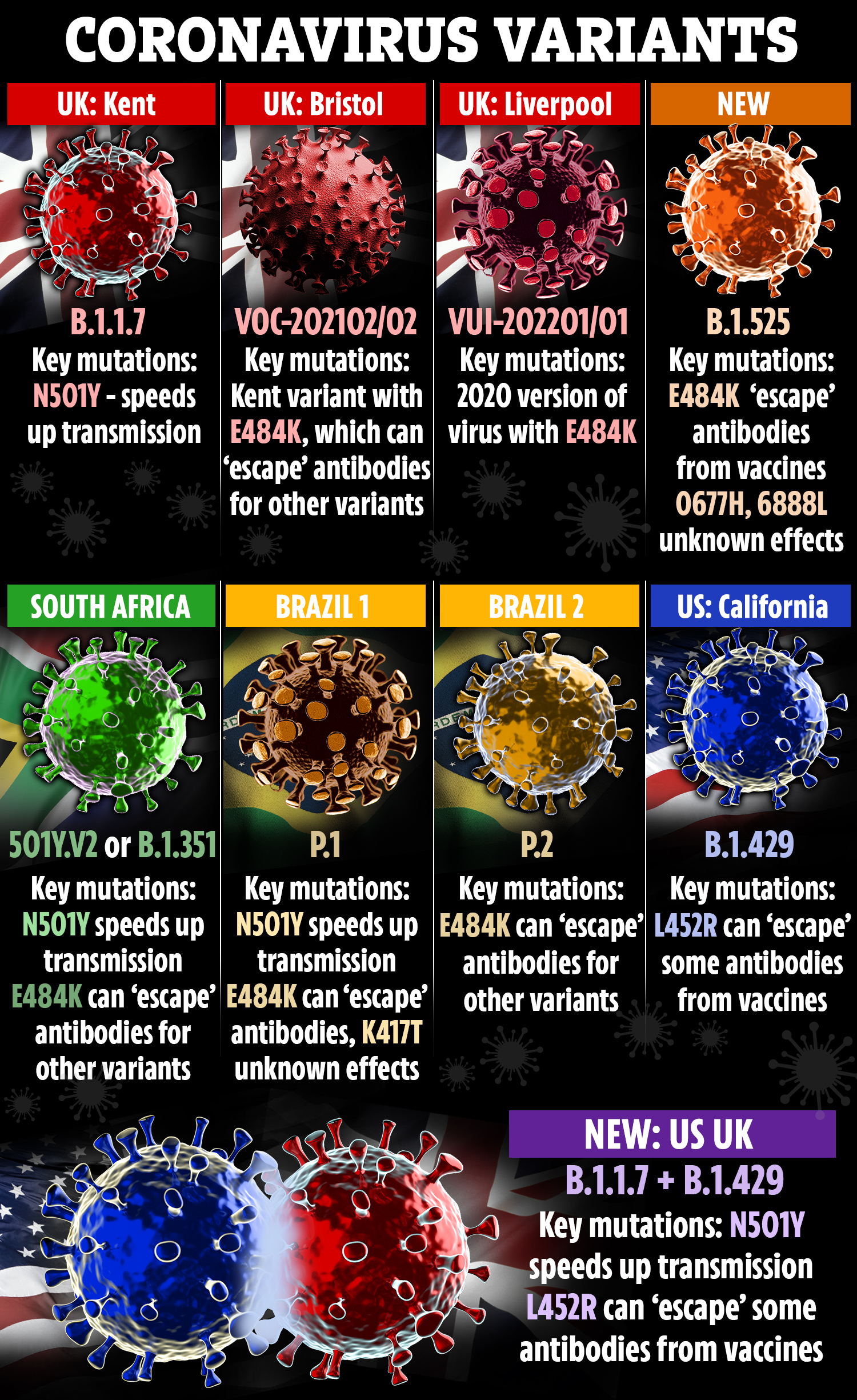 It comes as Boris Johnson vowed today that his lockdown lifting would still be "irreversible" despite the threat of the Brazil variant.

The PM said there was no reason to believe that the vaccine wouldn't work as well on the new variant – which is now been found in the UK.

This morning a nationwide search was launched for a mystery Covid patient who has tested positive for the Brazilian variant but didn't leave any contact details for tracing.

Residents living in five postcodes have been urged to take a test after six people were infected with the strain in England and Scotland.

The new variant is feared to be more contagious and may not respond as well to vaccines that are currently being rolled out – though this has not been confirmed by scientists.

But the PM sought to reassure the public today while on a visit to a school in Stoke, and slapped down any suggestions of changing the roadmap.

He added: "What we are doing is embarking now on a journey, a one-way road map to freedom and it is designedly cautious in order to be irreversible.

"We don’t think there’s any reason on this basis to change that now." 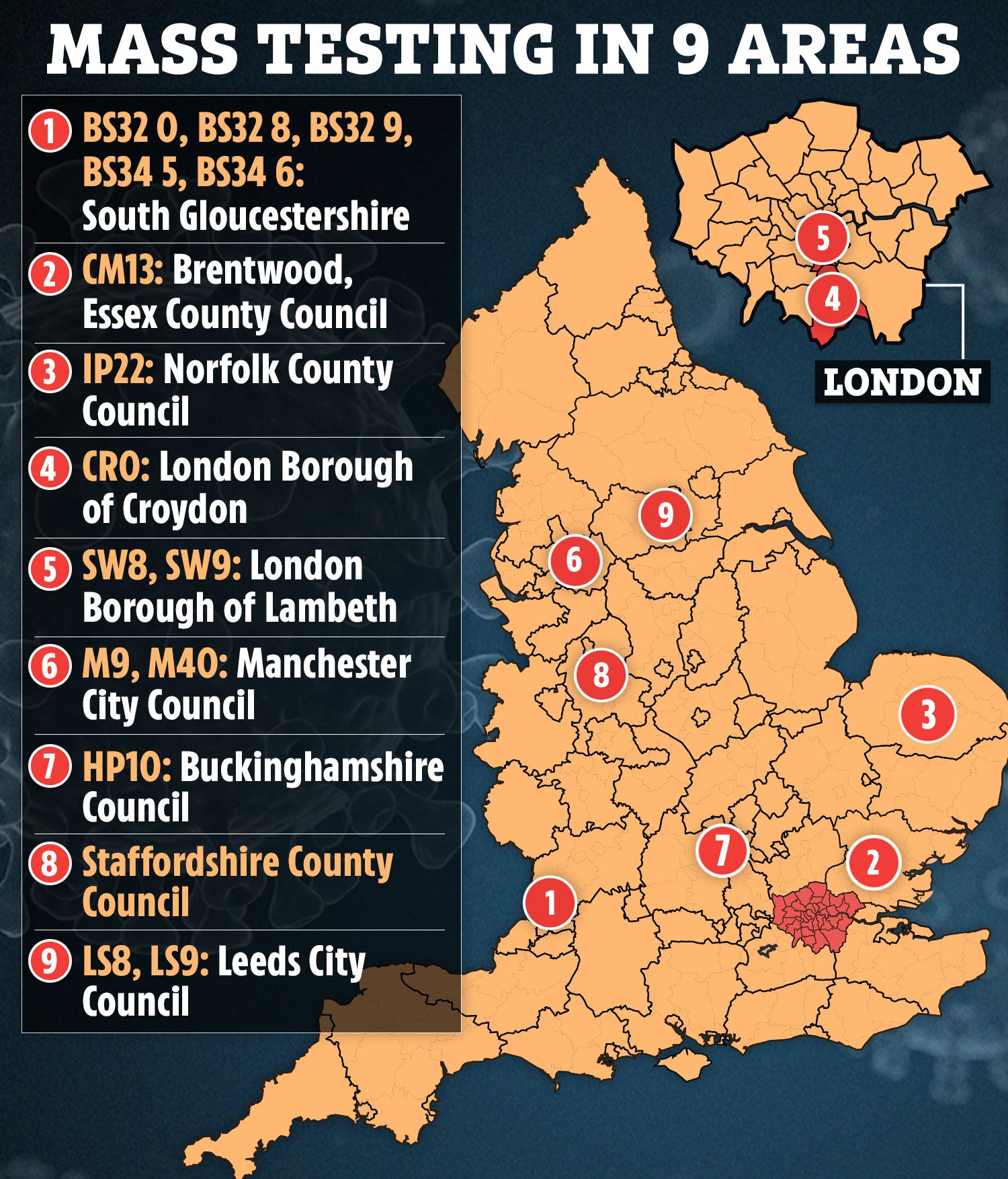 Vaccines Minister Nadhim Zahawi said today that a massive effort is underway to locate the missing Covid patient and that they need to be found "as soon as possible" so measures can be taken to squash any outbreak.

Mr Zahawi told Sky News: "In terms of its profile this P1 variant is much closer to the South African variant which we’ve been dealing with now for several weeks by surge testing, genome sequencing, and isolation.

"This is a variant of concern. It’s very similar in terms of its mutations to the South African variant so it is concerning.

"There is one case who the individual didn’t fill in their test card details so we can contact them. They probably got a home kit or a test kit from their local authority.

"What we’re asking today is if anyone had a test on February 12 or 13 to contact NHS 119 so we make sure we identify that individual."

Elsewhere, Rishi Sunak will announce his long-awaited Budget on Wednesday as he seeks to steer the economy out of the coronavirus crisis.

The Chancellor is expected to continue support schemes like furlough and the VAT cut and business rates holidays into the summer.

Under the PM's roadmap, shops will not reopen until April while the hospitality industry will not resume indoor service until May.