TWO LOUISIANA women were arrested for cruelty and endangerment after they allegedly kept a 14-year-old locked up in their home since March.

Kari Barber, 30, and Cassidy Dunn, 39, of Shreveport, Louisiana, were charged and arrested Wednesday for false imprisonment and second-degree cruelty to a juvenile after a 14-year-old child escaped their home and found refugee at a neighbor's. 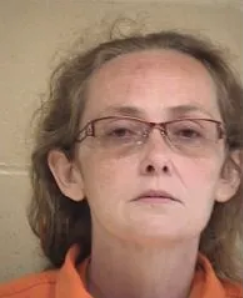 Shreveport police responded to a welfare call Wednesday after a neighbor called them and said the 14-year-old had knocked on her door looking for food.

Concerned, the neighbor called the authorities, who later took the teen to a local hospital for treatment.  “Doctors described the juvenile’s condition as extremely malnourished,” police Sergeant Angie Willhite said of doctors treating the 14-year-old.

When Shreveport Police Department's Youth Services Bureau and Crime Scene Unit arrived on scene with a warrant to search the home, they found the child had been locked in his room since March.

Andre Menard, the neighbor who saved the young teen's life, said she couldn't believe what happened. "I'm about to walk out my house to go to work and a little tap like this," she said, mimicking the teen at her door.

"I'm not a nosy neighbor," she said, adding "but to come to my house and ask me for help point-blank?" 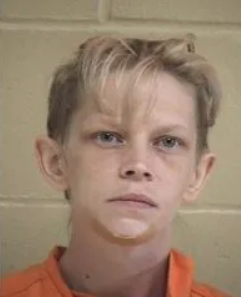 Other neighbors say they were shocked to know a child lived at the residence. "It breaks my heart but I never knew there was a child there," said neighbor Annabelle Jones. "They must have kept it really secret because I'd always see people going in and out but never a child."

"No one should go through that. No child should have to go through anything close to that," Menard ended. "It feels wonderful. I'm so blessed to know that the young man is okay."

Officials have not yet disclosed Barber and Dunn’s relationship to the victim. His current condition is unknown. The incident remains under investigation.