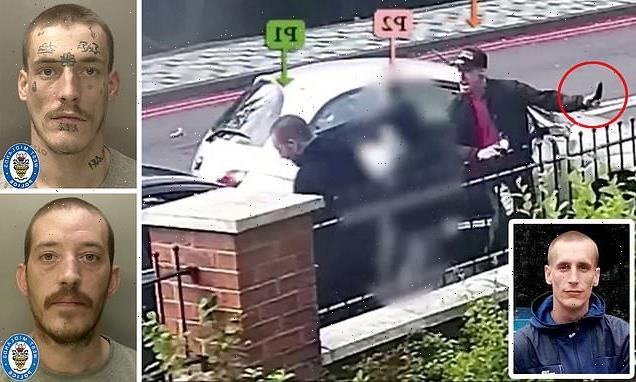 Two men jailed for the killing of their younger sibling

Two men who killed their younger brother, 26, by stabbing him through a car window during a family feud are jailed for 27 years

Two brothers have been jailed for the unlawful killing of their younger sibling who was fatally stabbed in a horrific attack following a family feud.

Thomas Rogers, 26, was a passenger in a Vauxhall Astra when he was stabbed three times through an open window by his brother David Rogers, 32, in an attack that lasted just 30 seconds, in Birmingham, on August 22 last year.

Emergency services rushed to the scene and found Mr Rogers collapsed in the street but he was later pronounced dead at hospital from a stab wound to the chest. 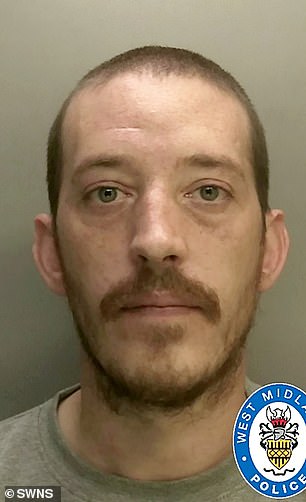 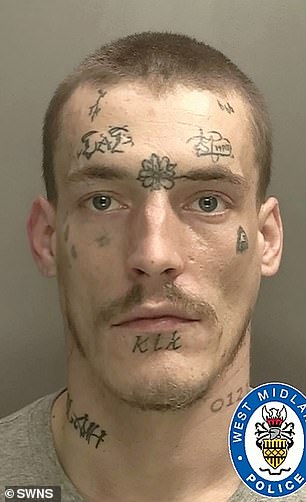 David Rogers (left), 32, was jailed for life with a minimum term of 18 years after being found guilty of murder while Samuel Rogers (right), 30,  was jailed for nine years for manslaughter 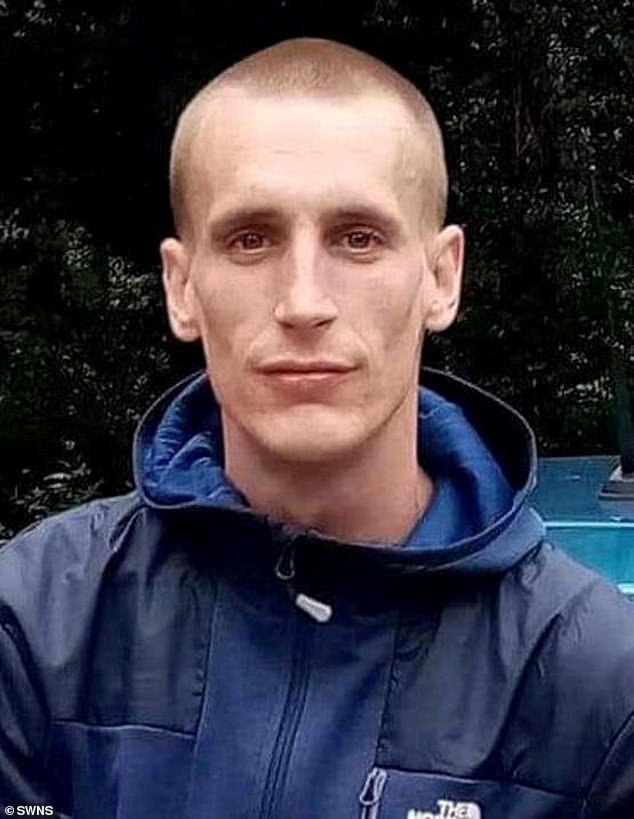 Thomas Rogers, 26, was a passenger in a Vauxhall Astra when he was stabbed three times in the chest on August 22 last year

Passing sentence on Thursday, Judge Melbourne Inman QC told the men: ‘You are brothers and the victim was your younger brother.

‘Thomas was only 26 years of age when he was killed, with much of his life before him.’

The judge, who told Samuel Rogers that he would have to serve two-thirds of his nine-year term before being considered for parole, accepted that all three brothers had had a difficult childhood.

He also accepted that David Rogers had not intended to kill his brother and that Thomas’s actions towards their mother had contributed to the rift within the family.

But he told David and Samuel Rogers, who are currently sharing a jail cell: ‘You were both armed with large knives. This was a determined attack which you David had travelled a considerable distance the day before to commit.’

A four-week trial was told a stab wound penetrated Thomas Rogers’ heart when he was attacked while sitting in the passenger seat of a car in Mill Pool Way, near Birmingham’s Bristol Road, on August 22 last year.

The killing, which took place a day after windows were smashed at Samuel Rogers’ Nottinghamshire home, was said to have been motivated by a feud sparked by a ‘number of reasons’ which led to the victim falling out with several relatives.

At the start of the trial, prosecutor Michael Burrows QC told the court: ‘David Rogers told the police he wasn’t involved in killing his brother – that he was elsewhere.

‘That was a lie and I understand he has now changed his account and accepts he had a knife and accepts that he unlawfully killed his brother, but didn’t intend to kill him or cause really serious injury.’ 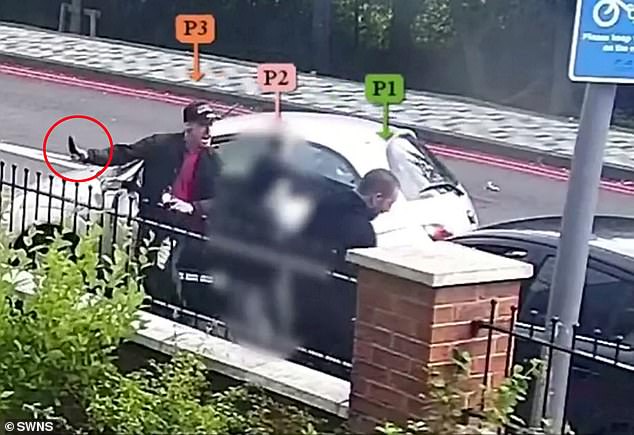 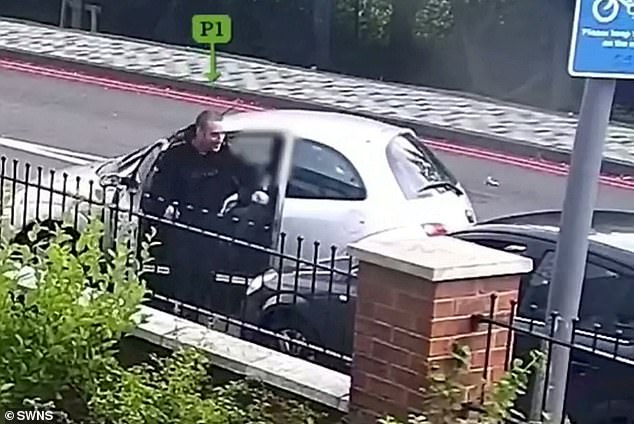 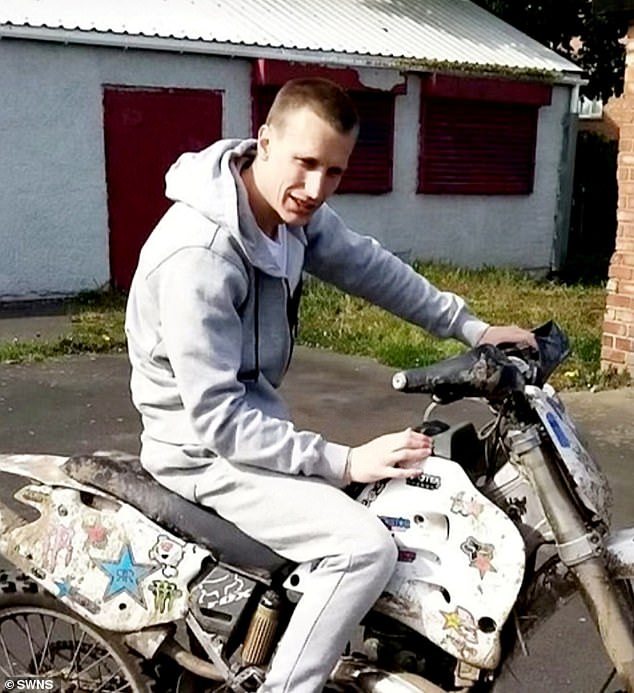 Jurors were told Samuel Rogers accepted he was armed with a knife but claimed he was unaware his older brother had harmed anyone.

Still images from CCTV cameras at a care home were shown to the jury, including one of a Ford Ka which blocked the path of the black Vauxhall Astra Thomas Rogers was sitting in.

Jurors also heard that the victim was pronounced dead in hospital shortly after being stabbed, and that David Rogers, of South Shields, Tyne and Wear, was arrested in a wooded area in Haltwhistle, Northumberland.

Samuel Rogers, from Sutton-in-Ashfield, Nottinghamshire, was arrested in the early hours and told police he had been in Nottingham.

In a victim impact statement read to Thursday’s hearing, the siblings’ mother Carole Rogers said she believed her older sons would not have left Thomas to die if they had known how badly injured he was.

The grieving mother, who watched the proceedings via an online link, stated: ‘On the 22nd of August 2020 my life changed forever when Thomas, my youngest son, died.

‘I am heartbroken, I am devastated. I wish I could turn the clock back but I can’t. In the blink of an eye I have lost all three of my sons. My whole life has been shattered into pieces and no one can fix it for me.’