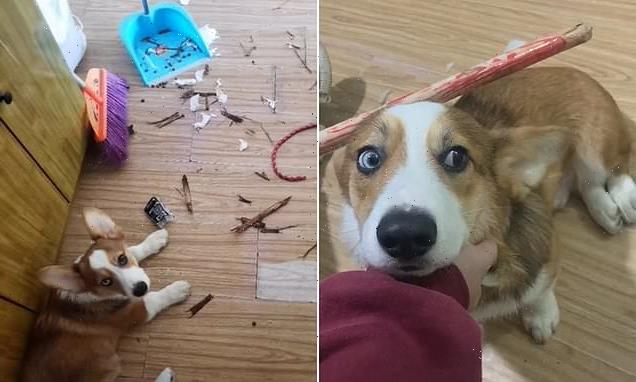 This is the horrifying moment a Corgi trembles in fear after its owner threatened to hit it with a broom for wrecking the house in China.

Footage shows the terrified dog visibly shaking as its owner, identified only as Ms Tan, holds a wooden broom handle against the pup’s head.

The Corgi is unable to escape from Ms Tan’s clutches as she grabs the dog by its neck. 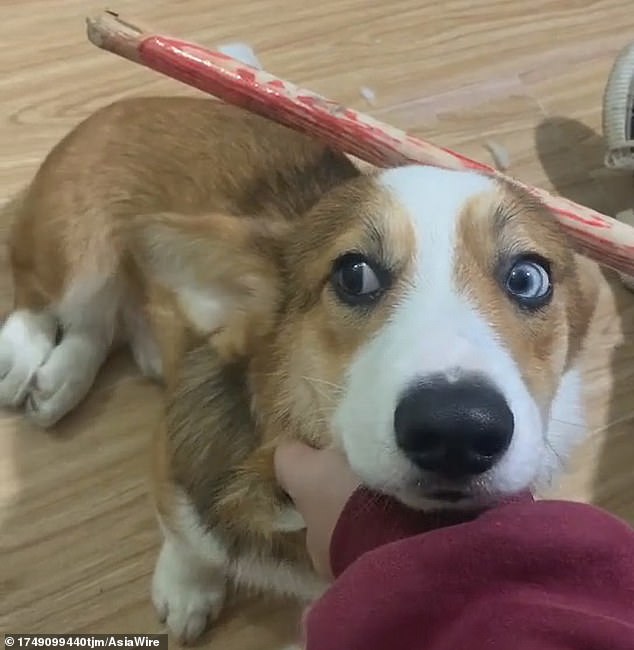 Ms Tan said she had arrived at her home in the city of Chengdu in the Chinese province of Sichuan to find her dog had wrecked the house, with a shredded wood and a ripped up book strewn across the floor.

As a punishment, she decided to scold the Corgi using a broom – but claimed she did not expect the dog to tremble in fear like it did.

Ms Tan tried to explain her actions by saying she had hit the dog before but it had not reacted by trembling before. 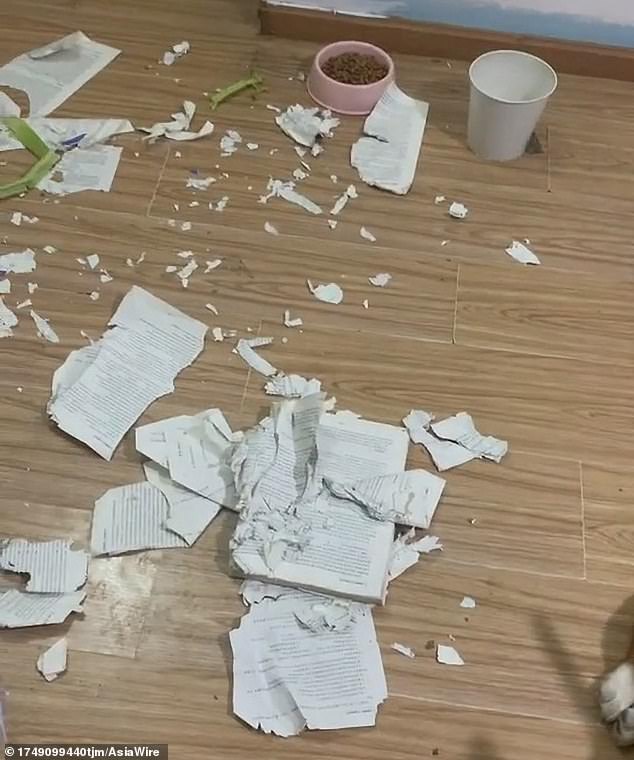 The Corgi had laid waste to the home in Chengdu, China before its owner got hold of it 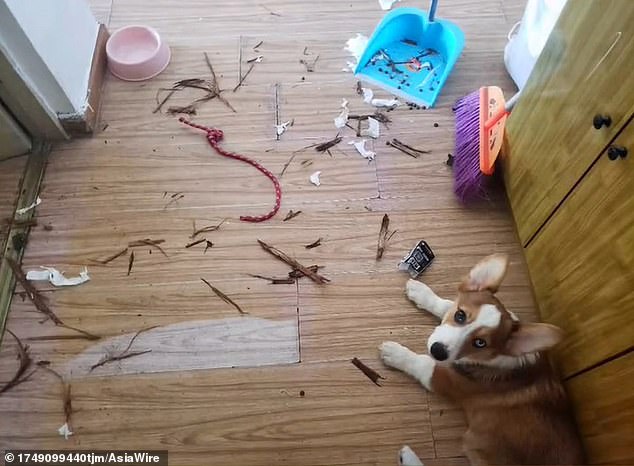 Video footage, filmed by Ms Tan, shows the Corgi shaking uncontrollably as its wide eyes dart between its owner and the phone she is using to film with.

Meanwhile, Ms Tan has the thick broom handle resting on the dog’s head in a threatening manner, causing the nervous pooch to tremble wildly.

She then pans across the room to film the mess on the floor she encountered after arriving home from work.

One TikTok user commented: ‘If the dog appears stressed, take care of it. It’s not good for the dog.’

Another user said: ‘It seems to get beaten a lot.’