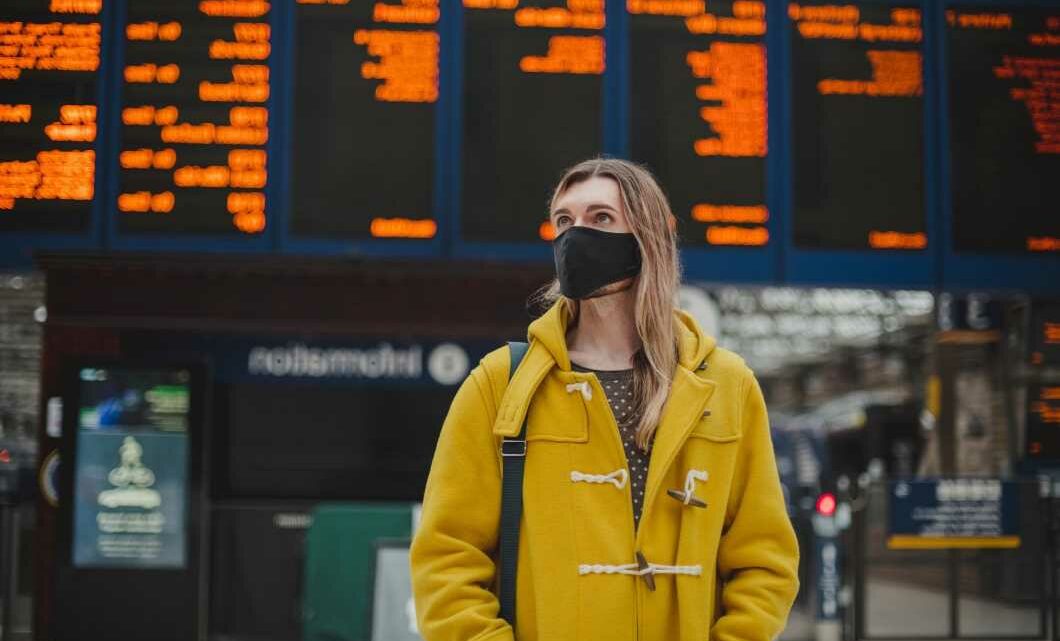 NO train operator or major bus and coach firm will require passengers to wear face masks after July 19.

But Brits may have to continue wearing the protective coverings as businesses can enforce their own rules. 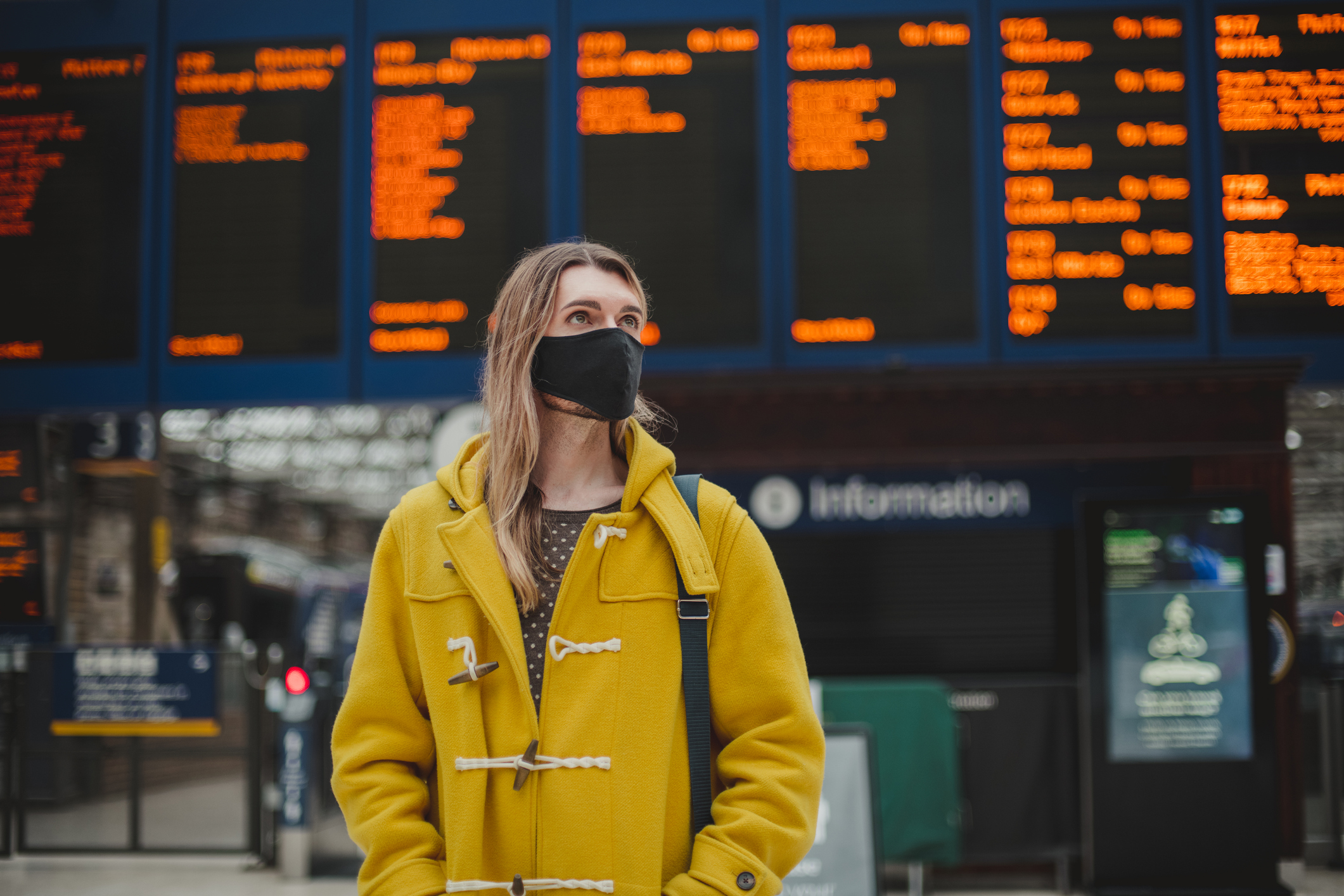 Transport companies have the power to turn away passengers who refuse to cover their noses and mouths – even when the legal requirement is lifted on July 19.

The revelation comes from industry bodies following Boris Johnson's confirmation that England will be fully unlocked from next Monday.

But, yesterday the PM also announced "we expect and recommend" that people continue to wear face coverings in "crowded and enclosed spaces … such as on public transport".

Cross-Channel train firm Eurostar and airlines such as British Airways, easyJet and Ryanair will continue to require passengers to wear face coverings from July 19.

This disease, coronavirus, continues to carry risks for you and your family.

But train industry body the Rail Delivery Group (RDG) announced that all domestic train operators, such as Avanti West Coast, TransPennine Express and Southeastern, will not go that far.

An RDG spokesman said: "Rail companies will ask people to follow the Government guidance and, out of respect for others, wear face coverings if an indoor setting is busy.

"Train travel is low-risk, with the majority of carriages well ventilated by air conditioning systems or by doors and windows."

The Confederation of Passenger Transport (CPT), which represents major bus and coach operators such as National Express and Megabus, announced that its members will not mandate the wearing of face coverings from Monday.

A CPT spokesman said: "We expect that many people, especially in busy places, will follow the Prime Minister's call to continue to wear a face covering as a courtesy to others."

He added, though, that passengers will "find it difficult to understand why the PM has singled out public transport as somewhere to wear a face covering when a range of other activities share its characteristics."

The spokesman urged the government to immediately release "clear guidance for operators and customers".

He added: "But, in the absence of regulations, it is important that we respect everyone's right to choose whether to wear a face covering."

Weekly coronavirus deaths registered in England and Wales are at their highest level since mid-May, figures show.

There were 109 deaths registered in the week ending July 2 where Covid-19 was mentioned on the death certificate, the Office for National Statistics (ONS) said today.

This is a 10 per cent rise from the 99 deaths involving coronavirus registered during the previous seven days.

And it is the highest number since the week ending May 14, when 151 Covid-related deaths were registered.

England is due to enter Step 4 of the Government's road map out of coronavirus restrictions next Monday.

It will see the scrapping of most remaining restrictions, including the legal requirement to wear a face mask, social distancing and limits on how many people can gather.

The Government has acknowledged that there will be more cases, hospital admissions and deaths as the country moves into the next step.

Mr Johnson has begged Brits not to go crazy as Covid restrictions are eased – and stressed that July 19 should not be “treated as a great jubilee”.

Urging the public to exercise “extreme caution”, he also warned that hospitalisations could rise this summer.

Mr Johnson told a Downing Street press conference that the pandemic is “not over” as he said mask use will be advised in crowded and enclosed spaces even after legal controls end.

He said that "the unlocking should not be taken as an invitation by everybody to have a great jubilee".

The PM said: “It is absolutely vital that we proceed now with caution and I cannot say this powerfully or emphatically enough: this pandemic is not over.

“This disease, coronavirus, continues to carry risks for you and your family.

“We cannot simply revert instantly from Monday July 19 to life as it was before Covid.

"We will stick to our plan to lift legal restrictions and to lift social distancing.

"But we expect and recommend that people wear a face covering in crowded and enclosed spaces where you come into contact with those you don't normally meet, such as on public transport.”

In a bleak shift in tone, Mr Johnson said he "hoped" the roadmap will be irreversible but admitted: "We rule nothing out".

And chief Government scientist Sir Patrick Vallance said there is "no doubt we are not in a third wave".

Prof Chris Whitty also warned of an "exit wave" as the legal restraints are flung off after 18 months of lockdown.

It came after health secretary Sajid Javid earlier told the House of Commons that the government would be pushing ahead with the fourth and final step of the roadmap next week.

He said the four crucial tests – the vaccine rollout continues at pace; jabs are cutting serious illness; infections don't risk crippling the NHS; there are no emerging worrying variants – have been passed.

But he warned that daily infections were likely to pass the 100,000 mark later this summer – though vaccines would likely stop this translating into significant deaths.

Evidence suggests mask-wearing helps in the fight against coronavirus.

But it "probably won't do any good" when the Government ends its legal requirement, a key scientific adviser has warned.

Professor Graham Medley, a member of the Scientific Advisory Group for Emergencies (Sage), told BBC Radio 4: "I personally will wear a mask to protect other people.

"I think it's quite a reasonable thing to do.

"It doesn't have a huge imposition in terms of economic impact or in terms of freedom, and I think there is evidence to suggest it does good, but only if everybody does it."

However the expert noted their benefit is "much exaggerated".

"The way in which we focused on that is I think another signal of the levels of fear – we're clinging to something which is visible but doesn't actually achieve very much," he told Sky News.