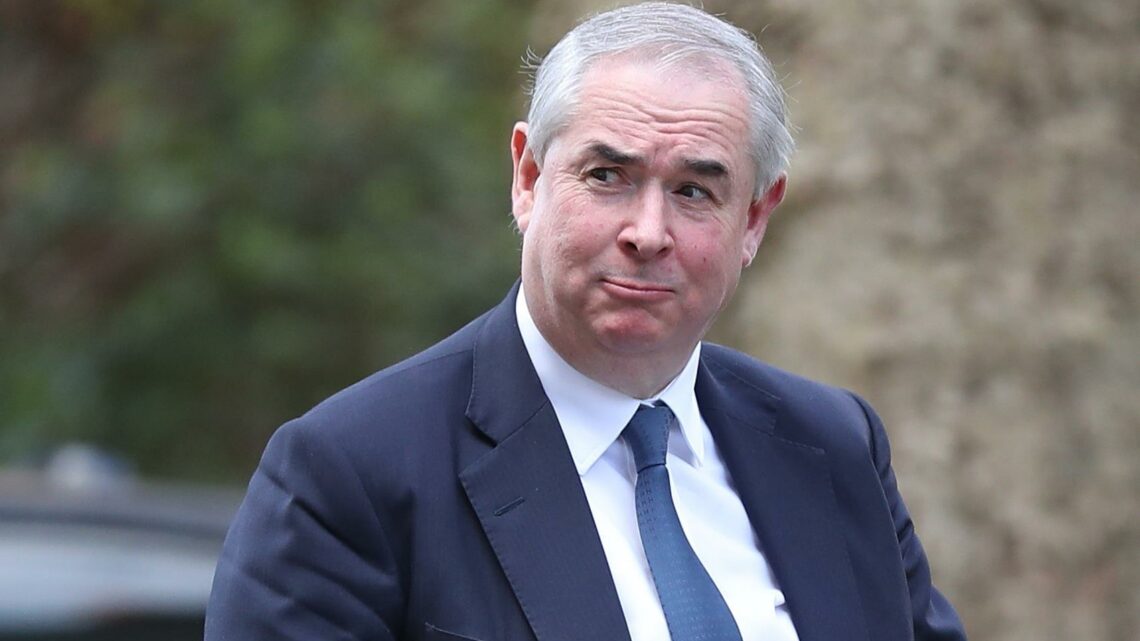 Tory MP Sir Geoffrey Cox 'rents out taxpayer-funded home' and has made at least £5.5M in 'second job'

SIR Geoffrey Cox is reportedly raking in a fortune renting out his taxpayer-funded London home – and has made at least £5.5million in his second job.

The embattled Tory MP, 61, who has already been accused of using his Commons office for his job as a barrister, even claimed £3,800 for a second London pad while working overseas. 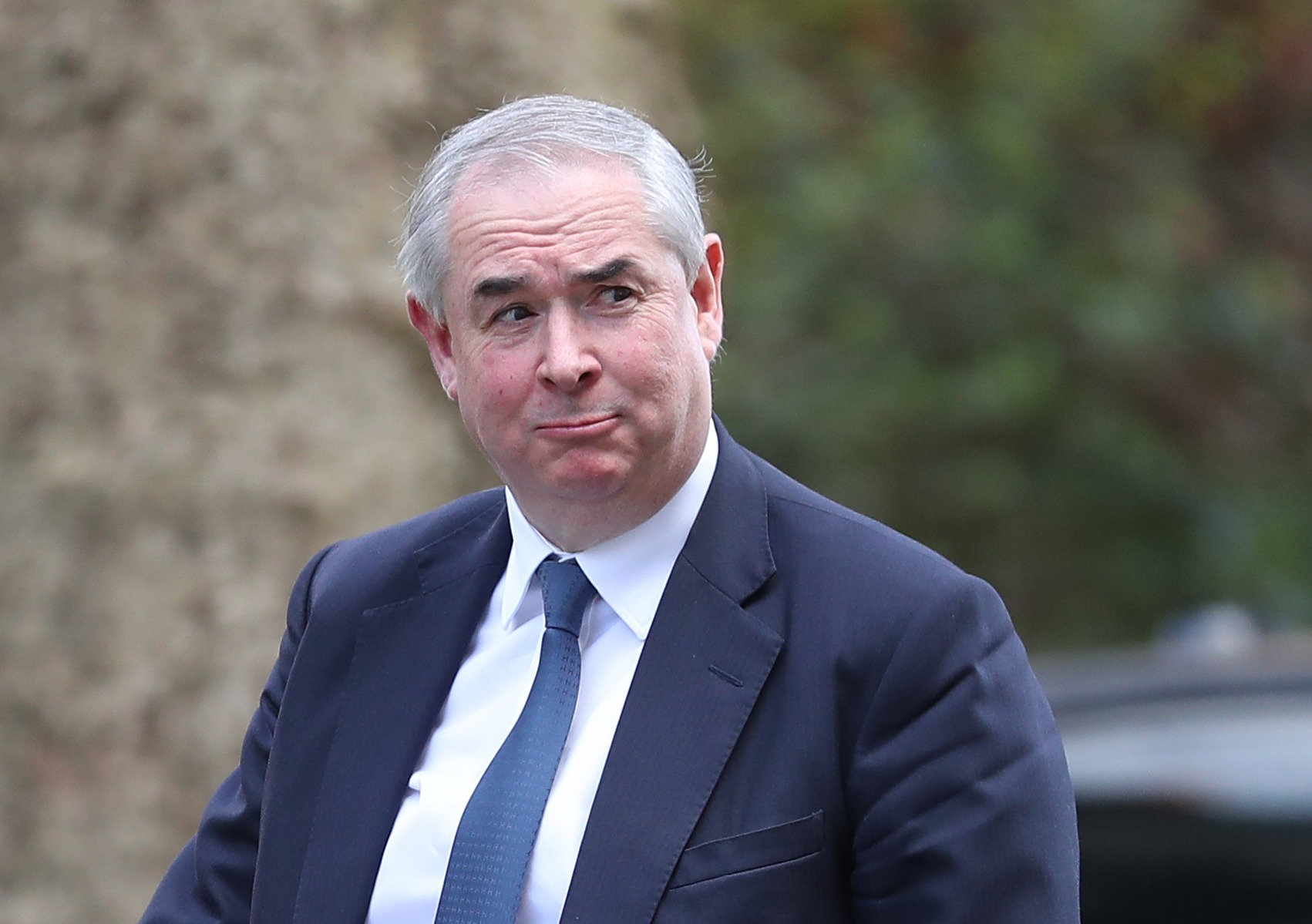 On top of earning £900,000 in the last year from his legal work, the ex-attorney general is adding to his wealth by renting out his ­plush London home, the Mirror reports.

The Torridge and West Devon MP has also come under fire after it was revealed he is using taxpayer cash to rent a second property in the capital.

He even claimed £3,800 for the two months he was reported to be working from a Caribbean tax haven.

However, it is within the rules of the House of Commons.

Sir Geoffrey reportedly rakes in around £1,000 a week for the home he lets out in Battersea, South London.

From 2010, the expenses claims for the apartment dropped to below £10,000 a year – covering just utility bills and service charges.

But in 2017, he moved into another property and started charging taxpayers £1,900 a month for the place. The arrangement is within the Commons rules.

He said: “If they have got a flat in London they should be happy enough to use that rather than go through this device to gain somewhere else and build up extra income."

Sir Alistair also slammed Sir Geoffrey for claiming for rent while he was working in the Caribbean.

He said: "If MPs are out of the country and in the case of Mr Cox earning vast sums of money then to be at the same time claiming money from the public purse to safeguard their flat is totally wrong."

And according to the Mirror, Sir Geoffrey missed four Commons votes this week because he was in Mauritius on a "short business trip".

It comes after Labour referred Sir Geoffrey to the Standards Commissioner Kathryn Stone after footage emerged of him apparently taking part in legal proceedings in the British Virgin Islands remotely from his office in Westminster.

Sir Geoffrey Cox said he did not believe he had breached rules which ban MPs from using their parliamentary offices for outside business.

But the practising barrister – who reportedly stands to earn more than £1 million this year for his legal advice on top of his £81,900 MP salary – said he would cooperate with any investigation into his conduct.

In his statement yesterday, he claimed to "regularly work 70-hour weeks" and insisted his constituency work was "given primary importance and fully carried out".

On top of their annual salary to represent their constituents, MPs have been found to be lobbying for other firms, sitting on boards, advising top firms and raking in thousands of pounds every year, sometimes for just a few hours of work.

According to the Daily Mail, Sir Geoffrey Cox has earned more than £5.5 million from his work as a lawyer while he has been an MP.

He has worked 10,700 hours for the vast sum, which dwarfed his salary as an MP, official records show.

The most recent register of MPs' interests showed Sir Geoffrey will earn more than £800,000 from Withers – an international law firm appointed by the British Virgin Islands government in January.

The MP also disclosed that from September 28 this year until further notice, he will be paid £400,000 a year by Withers for up to 41 hours of work per month.

While he has clocked up the hours advising the British overseas territory, Sir Geoffrey has only spoken in Parliament once this entire year.

Boris Johnson has backed the right of MPs to continue taking paid second jobs – and said they had "actually strengthened our democracy" over centuries.

But the PM added MPs who break Commons rules must be "punished" as he attempted to draw a line under the politically toxic row over standards at Westminster.

"The most important thing is that those who break the rules must be investigated and should be punished," he told a news conference at the COP26 summit in Glasgow.

Mr Johnson, who has seen the Tories' poll ratings fall after the row over standards erupted last week, said he was not going to comment on individual cases, insisting "the UK is not remotely a corrupt country".

The PM also refused to apologise for his handling of the row which erupted after Tory former cabinet minister Owen Paterson was found to have repeatedly lobbied ministers and officials on behalf of two firms he was working for as a paid consultant.

Labour deputy leader Angela Rayner said Mr Johnson showed he did not care about the "corruption" engulfing his party and his government.

"Instead of taking responsibility the Prime Minister is taking the mickey out of the British people and won't clean up his mess," she said.

"He thinks it's one rule for him and another rule for everyone else."