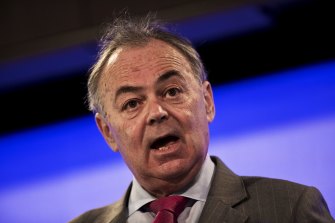 Hodge will join 13 other judges from the UK, Australia and Canada on the court established after Hong Kong's handover to China from Britain in 1997.

"The presence of these esteemed non-permanent judges manifests the judicial independence of Hong Kong, helps maintain a high degree of confidence in our legal system, and allows Hong Kong to maintain strong links with other common law jurisdictions," Lam said.

Her government has been criticised by Australia, the United Kingdom, the United States and Japan for its crackdown on the pro-democracy movement. Beijing imposed the new laws after 15 months of pro-democracy protests. The laws criminalise acts that undermine the Chinese state and punish them with life imprisonment. They also allow national security cases in Hong Kong, a historically liberal city, to be tried in the mainland under its opaque judicial system. 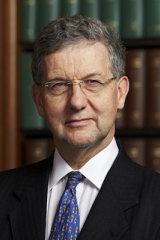 Spigelman, the former chief justice of NSW and ABC chairman has never spoken publicly about the Hong Kong protests or the new laws. He told the ABC in September that he had resigned for reasons "related to the content of the national security legislation".

Hodge's appointment is expected to spark controversy in the UK, where the presence of Commonwealth judges in Hong Kong has ignited a debate about whether they enable Beijing's growing influence or act as gatekeepers for the common law traditions of the former British colony.

Iain Duncan Smith, the former leader of the UK Conservative Party and a co-chair of the Inter-Parliamentary Alliance on China said in September that "this is a question that now needs to be dealt with".

"To what degree will these independent judges just give cover to what is a totalitarian regime?" he said.

French said in September that his continuation on the court was a reflection of his support for the other justices and his belief in their "capacity to give effect" to Hong Kong's judicial independence. "I would not continue if I believed otherwise," he said.

In August, Hodge ruled against Chinese state-linked giant Huawei in a technology licensing lawsuit. The decision in the British Supreme Court will force Huawei to pay licence fees for infringing two UK patents.

Huawei has faced allegations of intellectual property theft, corporate sabotage, and market manipulation from US companies after growing to one of the largest telecommunications providers in the world. It has labelled the allegations "unfounded and unfair".

The Chinese telecommunications giant has been banned from the Australian, UK and US 5G mobile networks and now faces restrictions throughout Europe over national security concerns.