The combination of a powerful storm system and a stalled frontal boundary have brought multiple rounds of heavy rain to the Southeast this week.

A few of the top totals since Tuesday include 14.26 inches of rain in the Houston suburb of Richmond, Texas; 7.25 inches in Greenville, Mississippi; and 7.14 inches in Shreveport, Louisiana.

Despite a relatively quiet night in terms of flash flooding, more thunderstorms are on the way to parts of the Gulf Coast on Saturday morning. 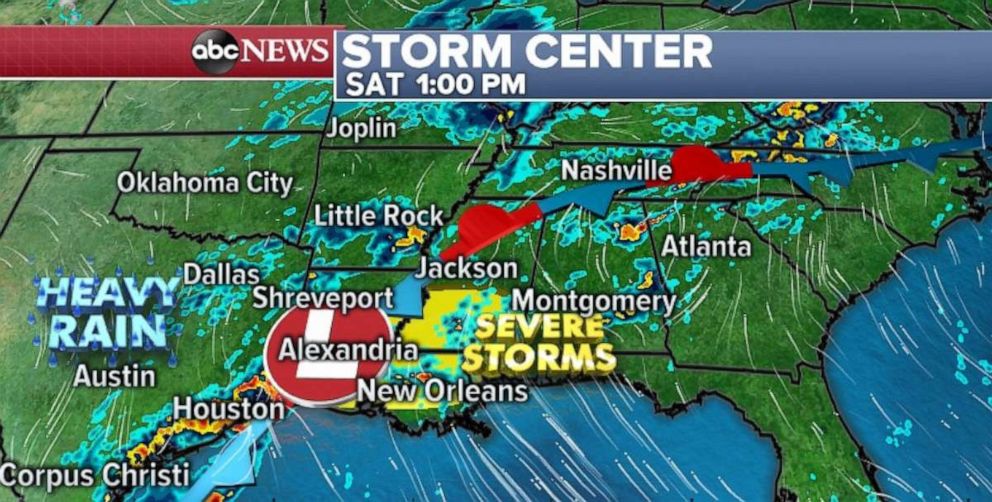 The radar on Saturday morning was showing a couple of thunderstorms over parts of Louisiana and Mississippi, where cells are dumping rain at 1 to 2 inches per hour — which could cause some flash flooding. Additionally, there have been a couple tornado warnings due to a thunderstorm in southern Louisiana.

Flash flood watches have been issued from Texas to Mississippi Saturday morning, mainly because any additional rainfall in the region could aggravate existing river flooding and the saturated ground could cause flooding to occur quickly. 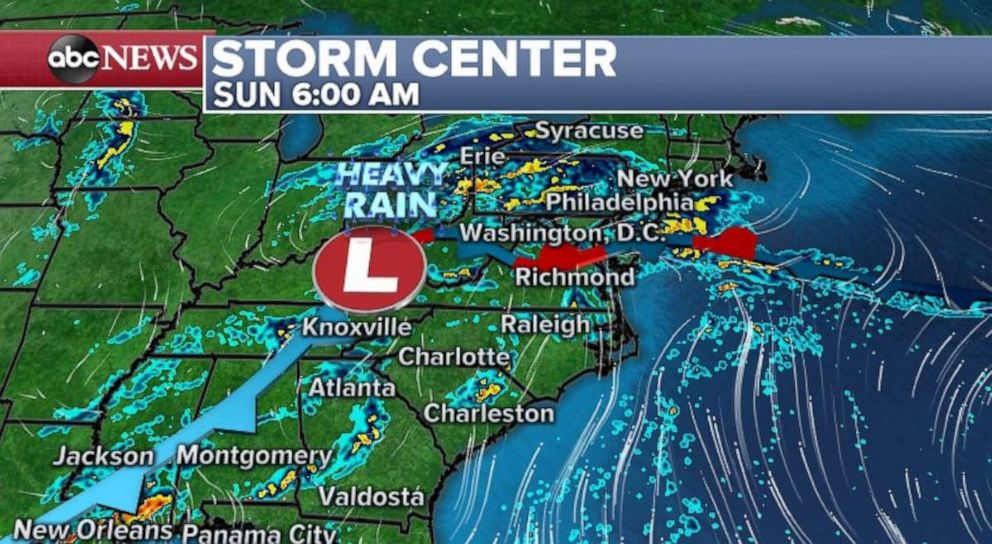 A system will help fire up storms along the southeast coast of Texas, including Houston, during the day. Very heavy rain — 1 to 2 inches per hour — is possible. During this window of activity, there could be flash flooding in southeast Texas.

As this low moves into the southern Mississippi Valley, it will fire up severe storms from eastern Texas, through much of Louisiana and Mississippi. The main threats with the severe risk Saturday are damaging winds and large hail. However, brief tornadoes cannot be ruled out. Of course, these thunderstorms will also bring more heavy rain to the waterlogged areas of the Gulf Coast. 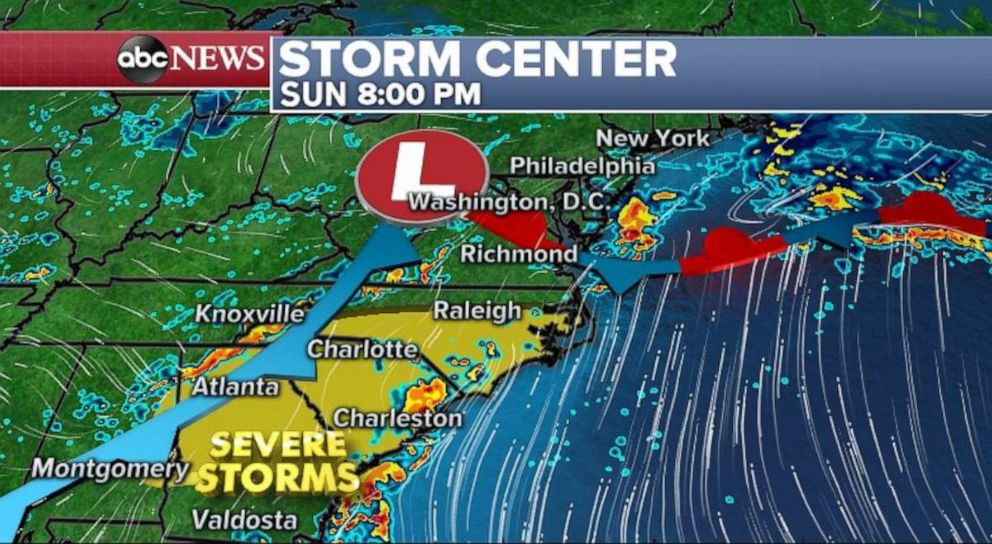 On Sunday morning this complex storm system will spread heavy rain into parts of the Mid-Atlantic and Northeast. Locally, 1 to 2 inches of rain can be expected due to downpours from Pennsylvania to New Jersey. Another round of storms are possible in parts of the Gulf.

Severe storms will fire up again from Georgia to North Carolina. The severe risk region Sunday includes many large cities: Atlanta, Charlotte and parts of the Raleigh metro area. Damaging winds and large hail will once again be the main threat. However, brief tornadoes could spin up in the region.

Some part of the Gulf and Southeast could see 2 to 4 inches of rain through the weekend. Some of this heavy rain will reach into the Mid-Atlantic and Northeast on Sunday, and then parts of New England on Monday.

Any additional rain in southeast Texas could easily trigger flash flooding, while parts of Louisiana, Mississippi and Alabama could see thunderstorms develop on Saturday and Saturday evening. Thunderstorm activity with heavy rain from Georgia to Virginia on Sunday could bring some flash flooding due to terrain, and localized rainfall rates of 1 to 2 inches hour.

The Bitcoin Bridge puts spotlight on BitPing, BSV in Australia, and Craig Wright