WHEN life’s a beach, you can enjoy being marooned on a new £350million superyacht that’s so posh it’s even got its own waterfall.

What’s more, you can channel-surf – literally – as it also boasts an artificial wave machine, so you can ride the swell without having to wade into the sea. 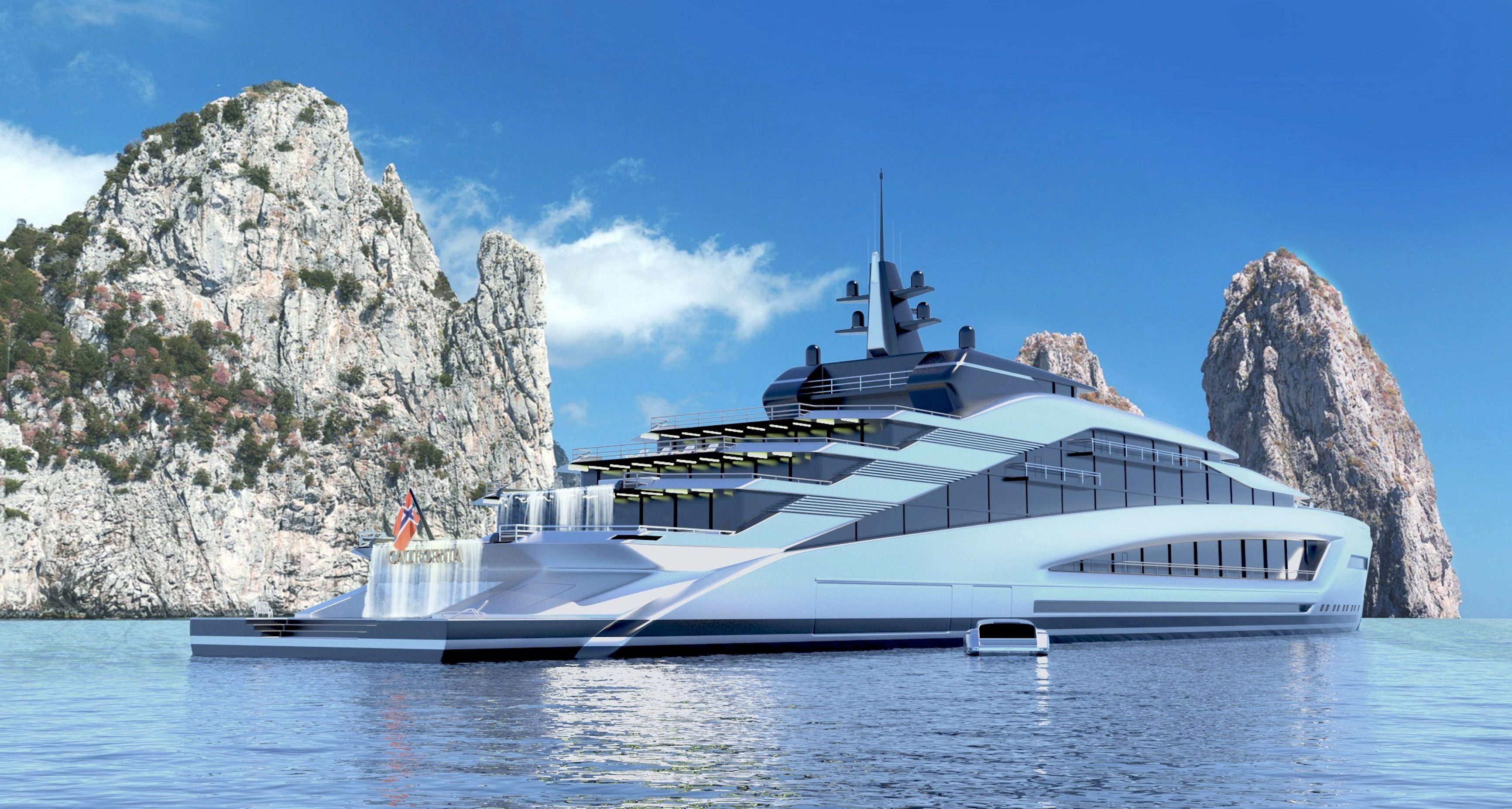 The 135metre-long boat is the brainchild of Norwegian yacht designer Kurt Strand.

Dubbed 'the California', his mega-yacht concept includes a club style lounge area with bar, night club, game rooms and a gym with a Turkish bath, massage studio and wellness spa.

It's also got its own 24-seat cinema, a bowling alley and a showroom for a classic car collection.

The 8,000-tonne mega-yacht, which has a top speed of 20 knots, has three swimming pools equipped with their own waterfalls on the lower deck.

And one of the pools has been designed to have its own surf riding machine so the owner can enjoy the California lifestyle at any time, according to Strand.

The 55-year-old said it also has its own desalination system to turn seawater into drinking water.

His environmentally friendly creation is equipped with an advanced water cleaning system that automatically works while it sails the seas.

Designed with a hybrid electric propulsion system, the vessel is powered by highly efficient diesel turbine generators, he says.

That means it can run on a reduced cruising speed of 11 knots for five hours on the battery power.

An elevator system operates the California's helipad so the helicopter can be stored underneath the top deck of the yacht.

Strand said the project has hooked some interest from some of the world's largest mega-yacht builders.

He added: "It's a truly unique styled yacht with large glass walls, glass balconies, folding glass doors and retractable sections to open up the living areas.

"The price for the yacht will be around £350 million." 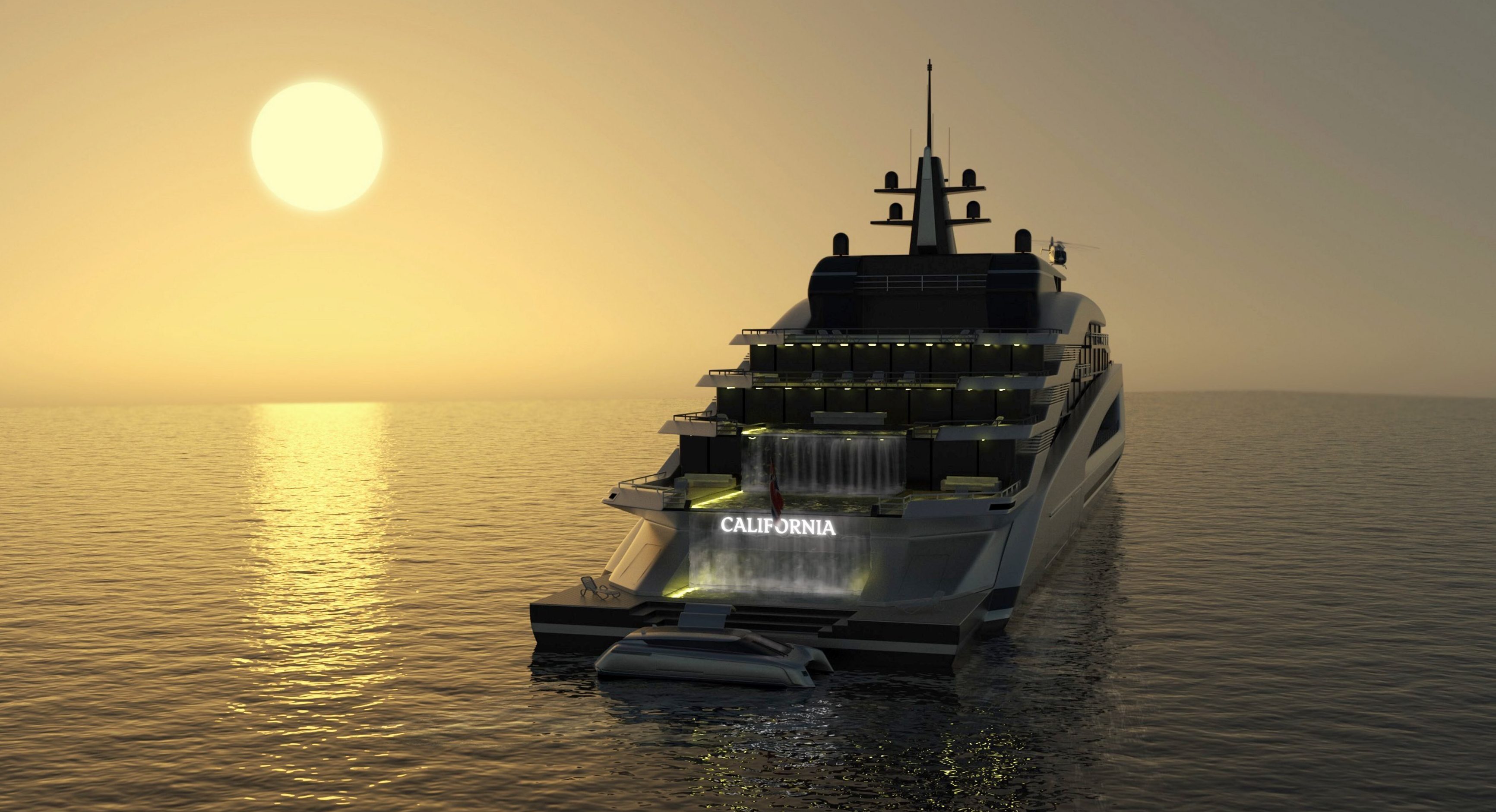 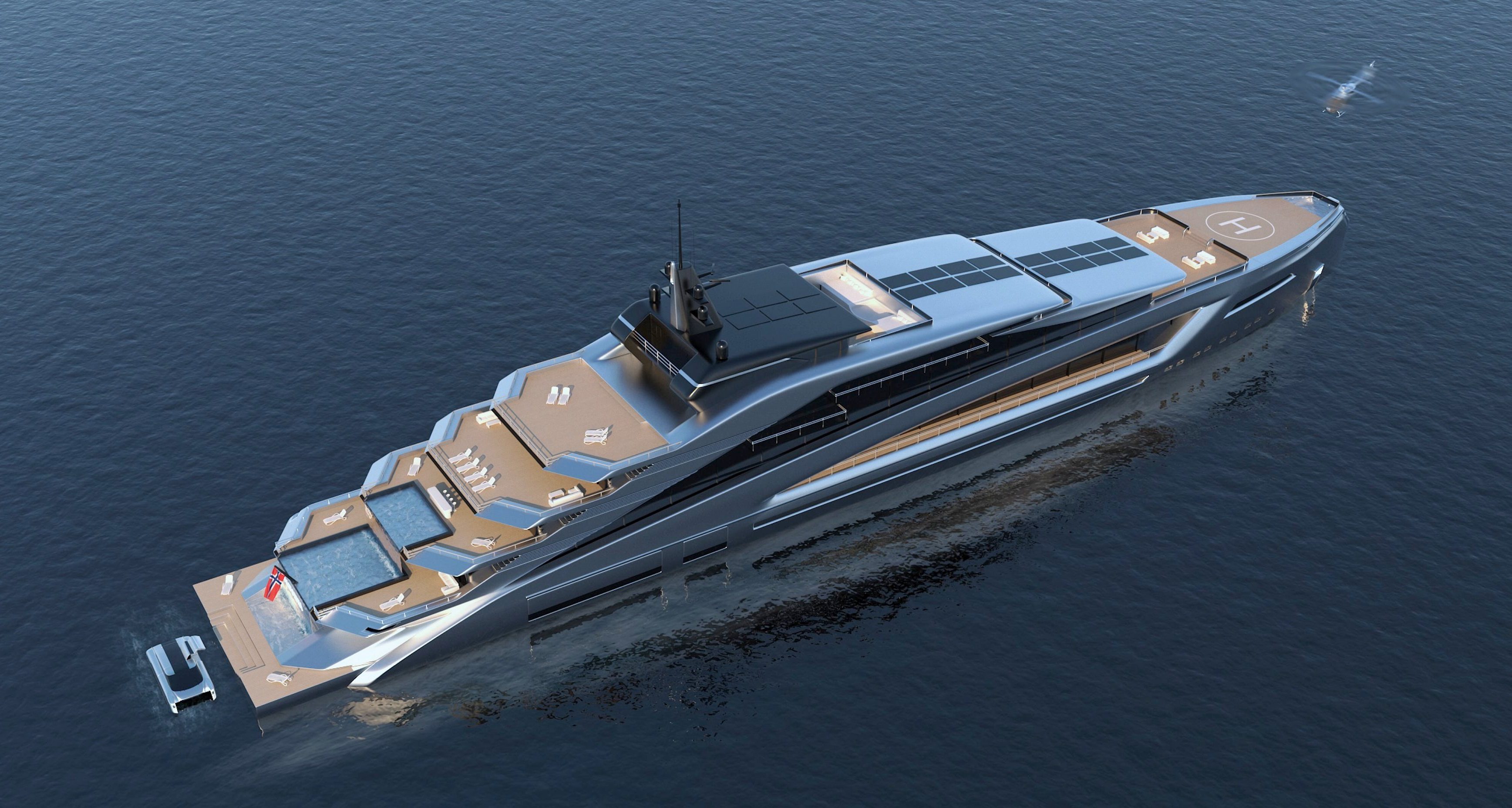 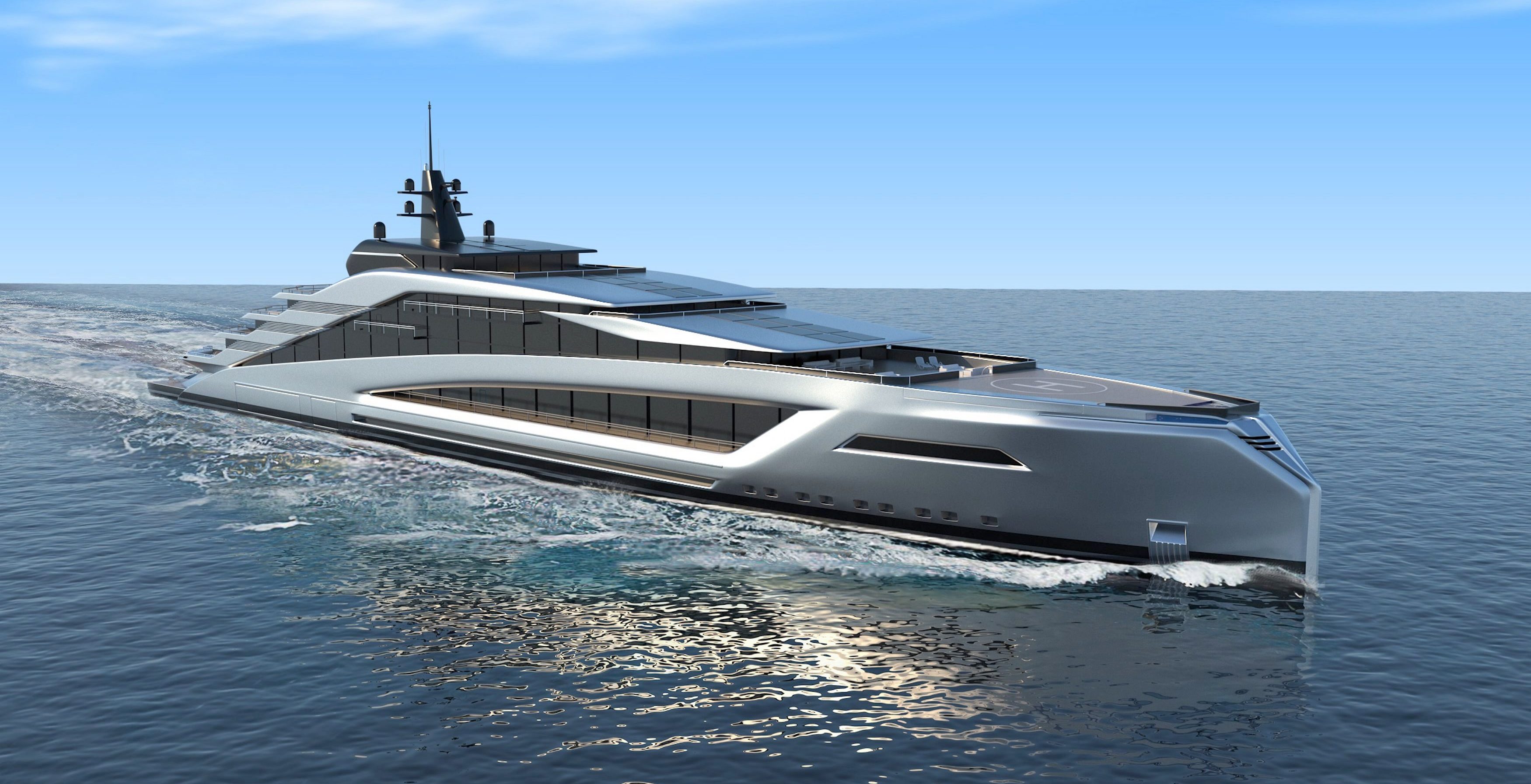 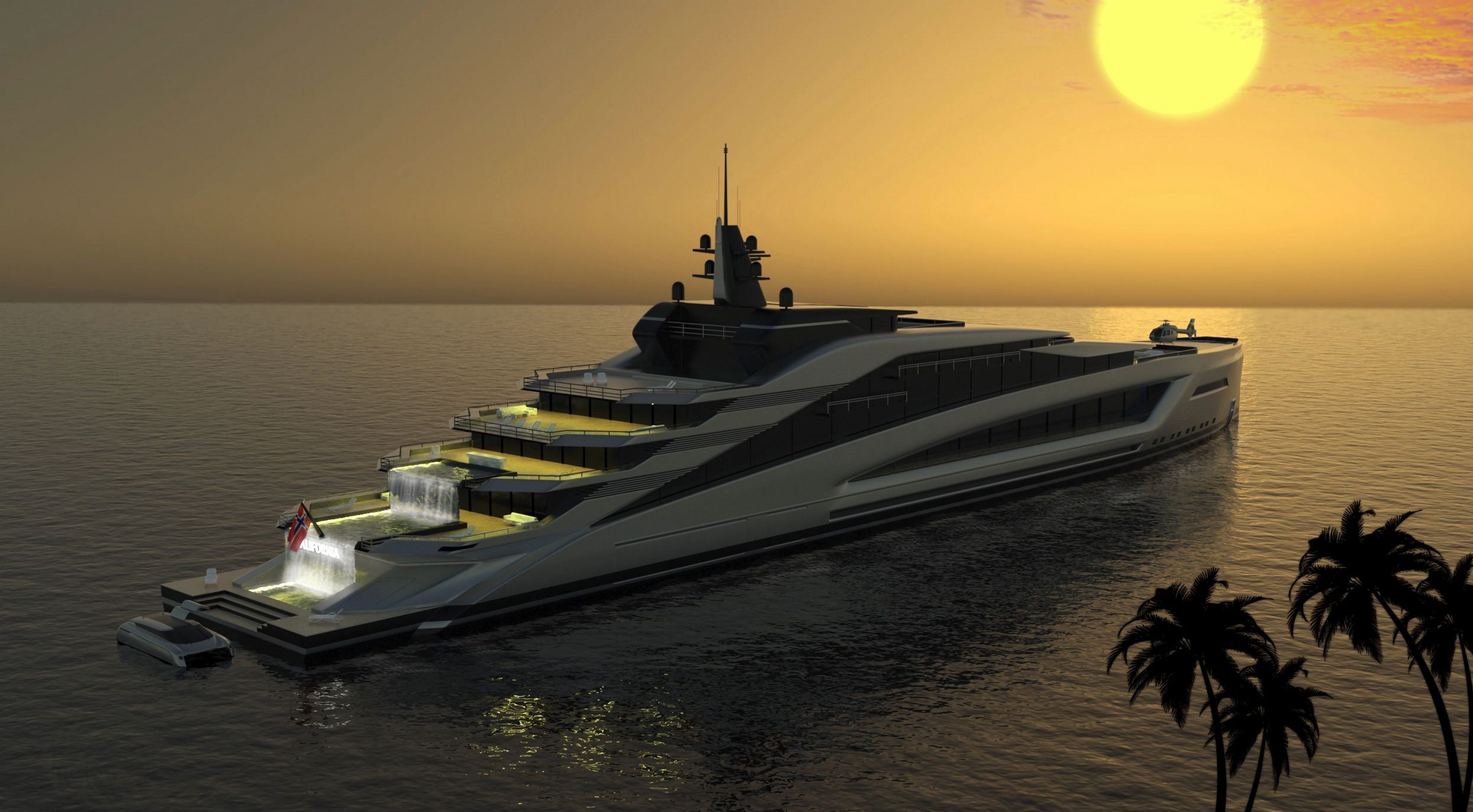 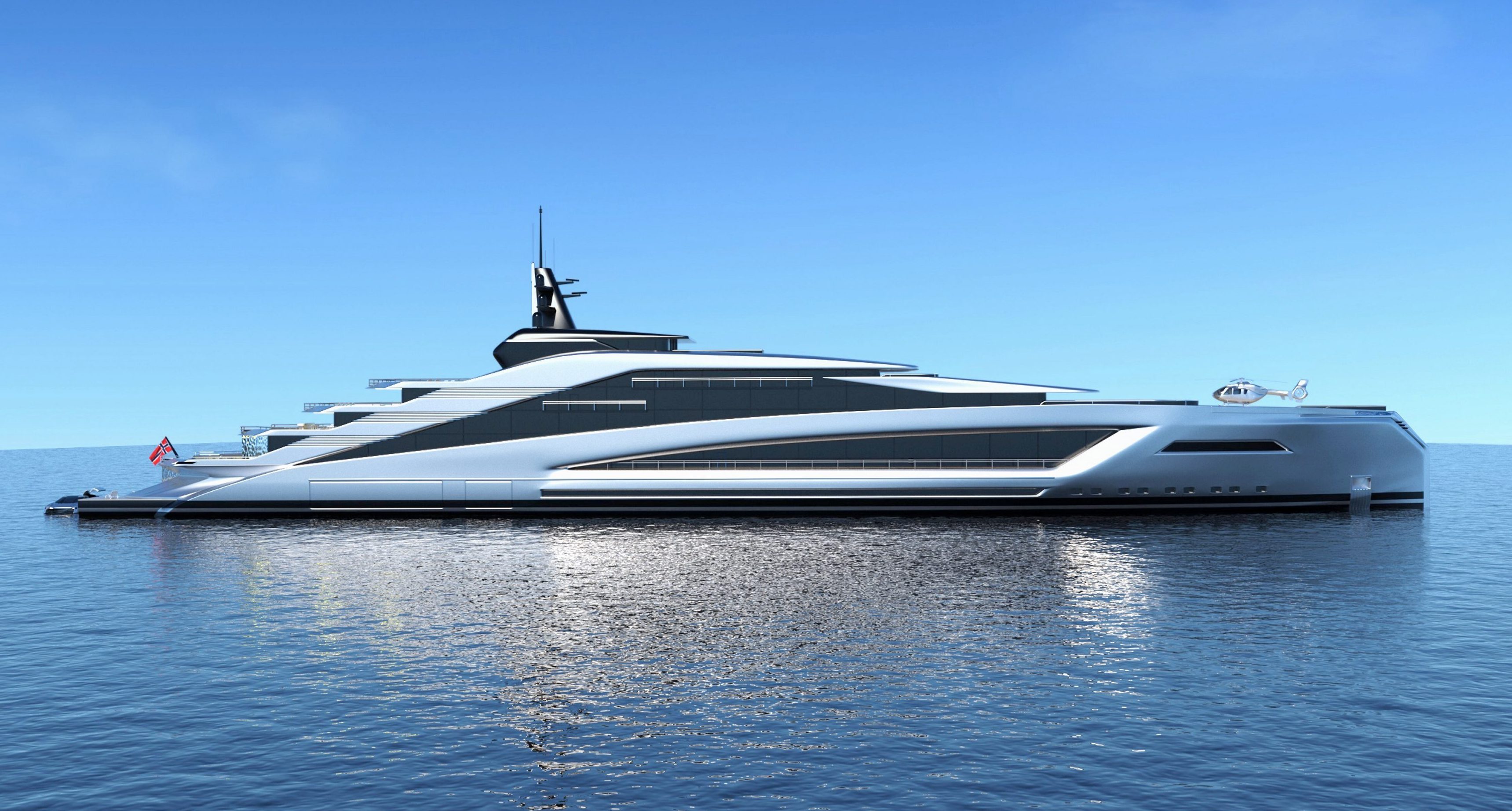