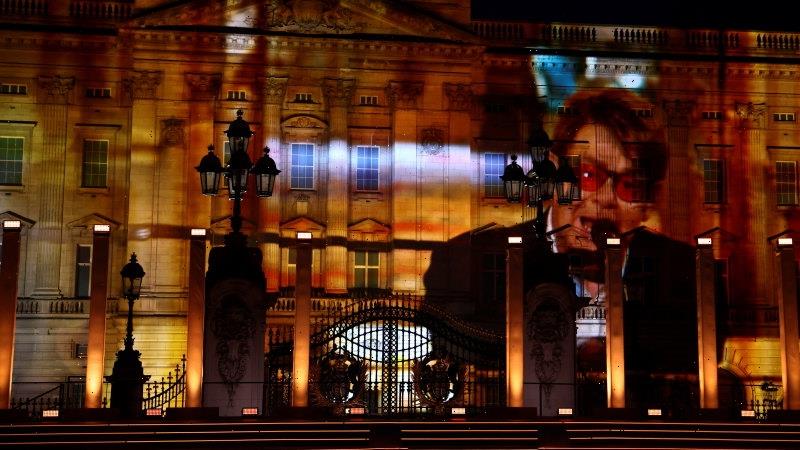 The top 10 moments from the Party at the Palace

Showing off her acting skills in conversation with Paddington Bear, the short cameo from the Queen will be a YouTube clip played over again and again but people of all ages from years to come. It kicked off a brilliant concert.

Alicia Keys sings her hits Superwoman, which she dedicates to the monarch, and Girl on Fire as Buckingham Palace is bathed in orange lights. Speaking to the crowd, she says: “You know when I’m in London, I feel like I’m home. It reminds me so much of New York. I love you London.” She then plays a transition of the City of Gods into Empire State of Mind.

Sir Elton John gave a stunning vocal performance with Your Song, pre-recorded at a piano inside Windsor Castle, as a live orchestra played along. He paid tribute to the Queen’s “amazing” reign as he dedicated his performance to her. 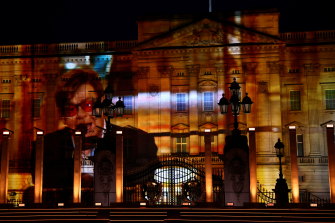 A projection of Elton John performing is seen during the Platinum Party At The Palace at Buckingham Palace.Credit:Getty Images

Prince Charles receives warm reception as he delivers a warm and caring tribute to his “mummy” a joke he repeats from the Diamond Jubilee which sends the crowd into laughter. “You continue to make history,” he says. “And there was still time for fun amongst the work. We might have been celebrating that Derby winner this evening … next year perhaps?

Sir David Attenborough issues call to arms on climate and praises the Queen for her conservation efforts. “We are at a crossroads,” he says. “The decisions we make today could lead to a brighter future, not only for the world’s wildlife but for all humanity.”

Charles and Camilla wave the Union flag as the legendary rockers performs classic hit Sweet Caroline in a satin mustard yellow blazer. The crowd helps him along with the lyrics as he says “the BBC made me sing it”. At the end of the performance, he tells the crowd: “God save the Ukraine!”

A light show displaying the Queen, her handbag and, of course, a corgi wowed the crowds with a stunning display. A tea pot and the Union Jack were just as brilliant. Finished with a stunning “Thank You, Ma’am”. 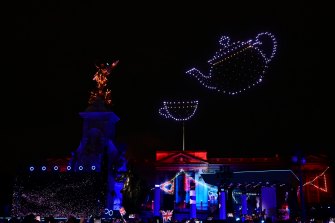 Italian operatic tenor Andrea Bocelli sang Nessun Dorman, an aria from the final act of Giacomo Puccini’s opera Turandot alongside a house choir. The piece has become the soundtrack to English football since the 1990 World Cup in Italy. Bocelli’s performance delivered goosebumps.

A singalong from such hits as Phantom of the Opera, Lion King, Six, Joseph and his Amazing Technicolour Dreamcoat was only topped by the cast of Hamilton. Sung at the gates of Buckingham Palace the irony of its being based on the United States of America’s revolutionary war victory over Britain was not lost on anyone. 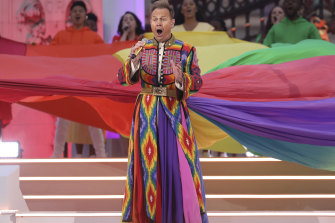 On top of Alicia Keys came heartfelt tributes to the Queen from Michelle Obama, Julie Andrews, Judi Dench and Diana Ross, who finished the concert singing hit songs Chain Reaction and Thank You in a tiered black and white dress and huge silver earrings. 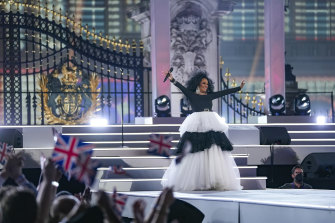 She finished off the concert with Ain’t No Mountain High Enough. Princess Charlotte and her mother the Duchess of Cambridge were seen clapping along to the band’s performance.