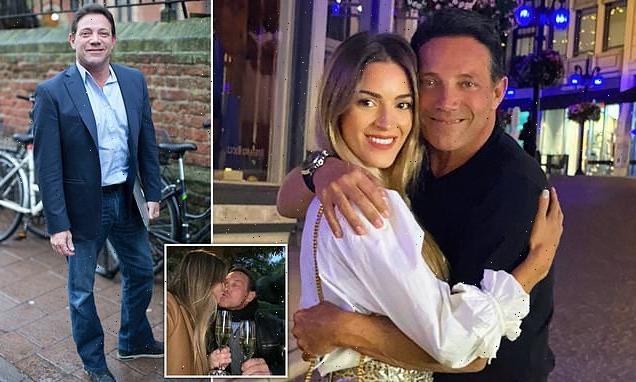 The real Wolf of Wall Street is no longer a lone wolf.

The twice-married ex-con exchanged vows with Argentinian model Christina Invernizzi in front of family and friends in a small ceremony in Sin City in February, sources told Page Six Saturday.

The newlyweds, who had been dating for two years, reportedly moved from Los Angeles to Miami, where they were recently seen at the Les Couleurs Charity event in Le Rouge in the Wynwood neighborhood, a source told Page Six.

‘Jordan surprised the audience by introducing his new wife Cristina,’ the source told the publication. 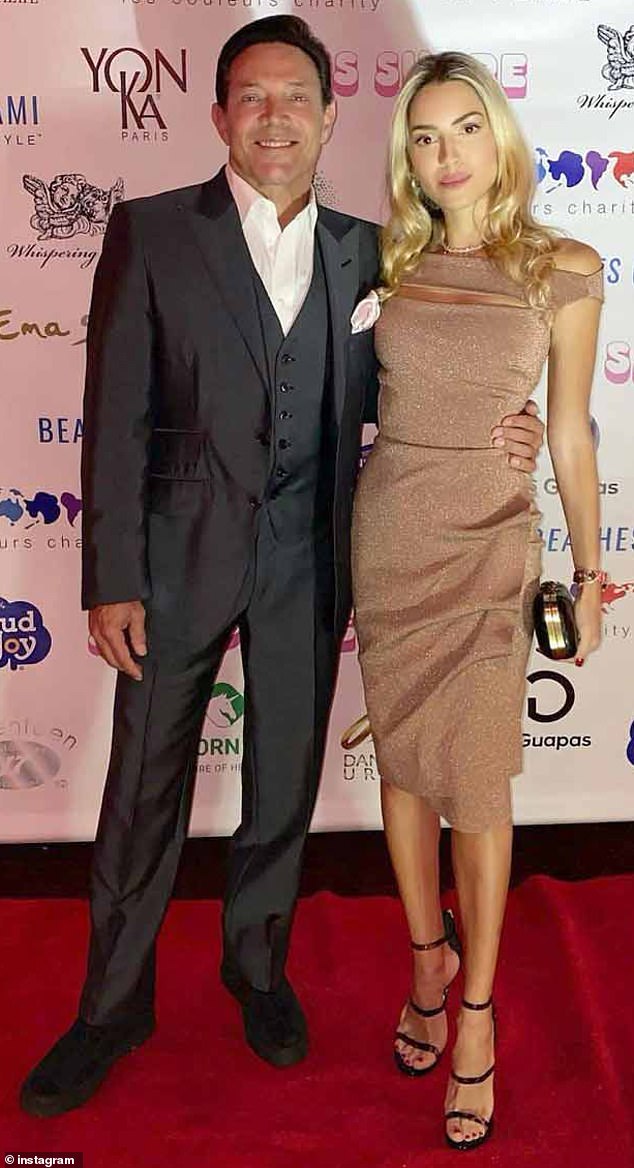 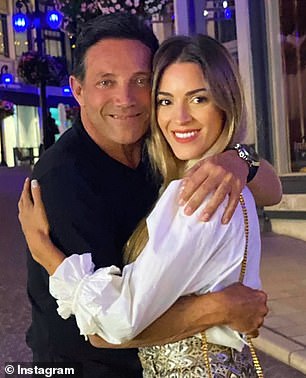 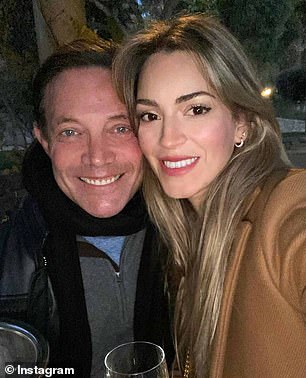 Invernizzi purchased a ‘painting from a young artist’ for an undisclosed amount at the October 20 event, she announced on social media.

Belfort, who spoke at the event, told the crowd that his wife told him about the charity.

‘She’s really responsible for this, for bringing me. When I heard about this cause, obviously I wanted to get involved immediately, it’s amazing.

‘At the end of the day, what lifts people up in any unprivileged country, society, community, is education. That’s the beginning of everything,’ the Wolf of Wall Street said.

The charity event supported a CREATE program – a four-year comprehensive art, crafts, music, and dance initiative in Haiti and Mexico for mostly orphaned and underprivileged children.

Invernizzi shared videos on her Instagram page, some showing photos of the children, including one little girl who told the event organizer she wanted to a be a chef and was gifted a cookbook by the organization.

Belfort was also spotted in Miami a month before announcing the move. He was spotted dining with rapper Drake.

The pair were dining separately at Carbone – the most talked about Italian restaurant in the ‘last decade,’ according to the restaurant’s website – in late September where they celebrated Drake’s new album Certified Lover Boy. 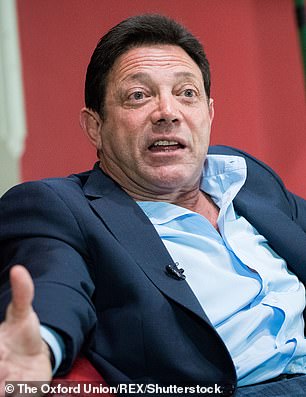 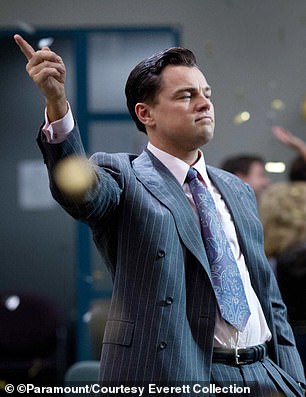 Belfort was famously portrayed by DiCaprio in the 2013 movie the Wolf of Wall Street. Belfort pleaded guilty in 1999 to money laundering and was sentenced to four years in prison and a personal $110million fine. He only served 22 months

They joked they were the ‘werewolves of Miami,’ which Belfort captioned the photo on Instagram.

The ‘wolves’ – as Drake coined them – dined separately on calamari, bronzini, ribeye steak, lobster ravioli, and other pasta dishes, before mutual friends introduced them, according to Page Six.

The pair allegedly stayed at the restaurant for hours chatting. 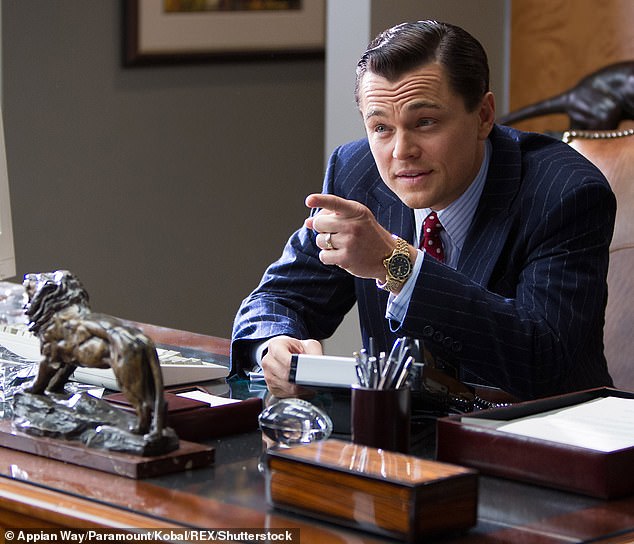 Belfort became known as the Wolf of Wall Street – a self-coined term – after he released his memoir of the same name in September 2007, three years after he was released from prison.

The multimillionaire and former Wall Street stockbroker, who made his millions defrauding investors of up to $200million, pleaded guilty to securities fraud and money laundering in 1999 and was sentenced to four years in prison in 2003.

He only served 22 months at the Taft Correctional Institution in California and was personally fined $110million.

His company Stratton Oakmont participated in ‘pump-and-dump schemes’ to artificially inflate the price of penny stocks. The company was shut down in 1996 after the National Association of Securities Dealers (NASD) consistently pursued them legally.

His story become popular in 2013 after the movie by the same name, starring Leonardo DiCaprio, was released.

DiCaprio won the Best Performance by an Actor in a Motion Picture – Musical or Comedy at the Golden Globes for the movie in 2014, among a few other awards.

WHO's Tedros looks like shoo-in for second term despite handling of COVID-19, closeness to China