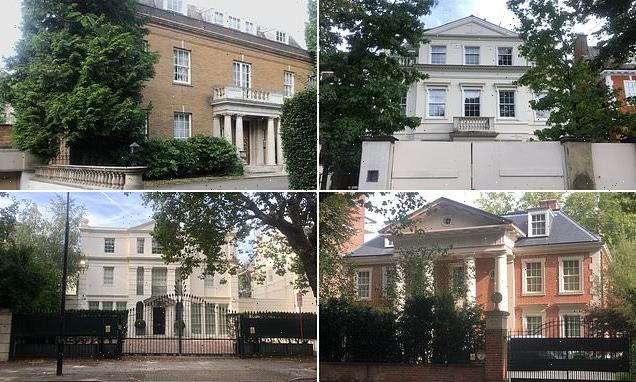 The new Billionaires Row (without the billionaires)

The new Billionaires Row (without the billionaires): Anthony Joshua’s former mansion is among the empty homes awaiting buyers or builders to move in on Britain’s most expensive street where properties average £30m

Mansions on Avenue Road, in St John’s Wood, north west London, cost an average of £30.5million each and have previously boasted some famous inhabitants.

But the former glamourous location –  once frequented by the likes of Rihanna, Robbie Williams and Anthony Joshua – looks a shadow of itself in places.

The old home of heavyweight boxer Joshua – who fights Ukranian Oleksandr Usyk on Saturday night – was once a gleaming white palace, which he rented for £20,000-a-week ahead of his fight with Wladimir Klitschko in 2017.

But the property, which sold for £22 million in November 2018, and has seven bedrooms, a swimming pool, wine cellar and home cinema, now looks a shadow of its former self with the paint peeling off and all boarded up.

It is not clear if the place is being renovated, as there are no current planning applications under that address with Westminster Council. 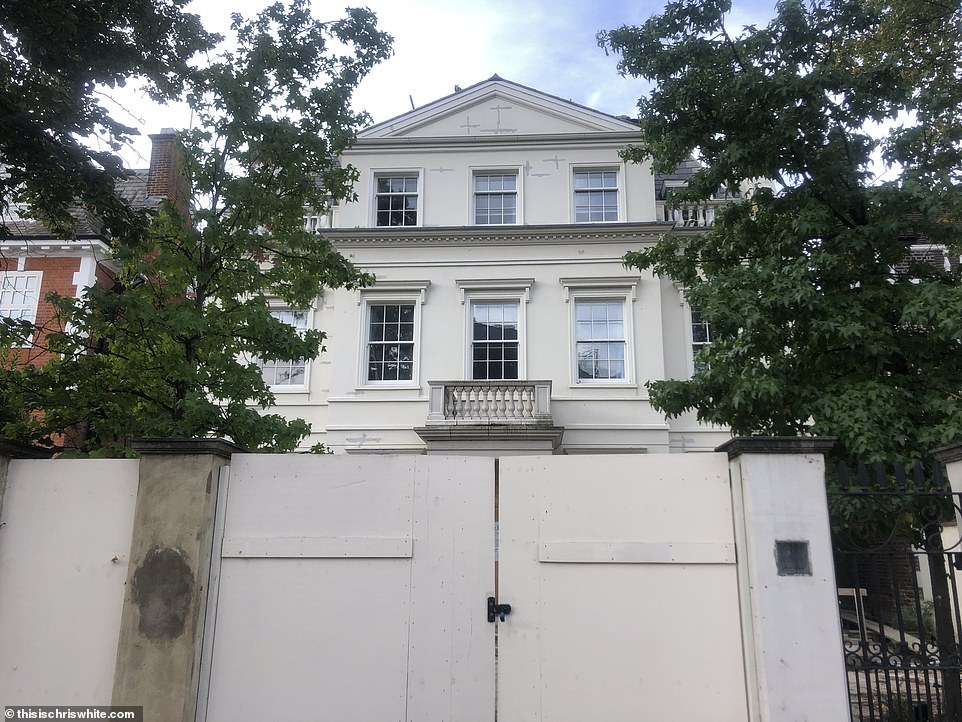 Anthony Joshua’s former rental home, which sold for £22 million in November 2018, has seven bedrooms, swimming pool, wine cellar and home cinema, but now looks a shadow of its former self with the paint peeling off and boarded up 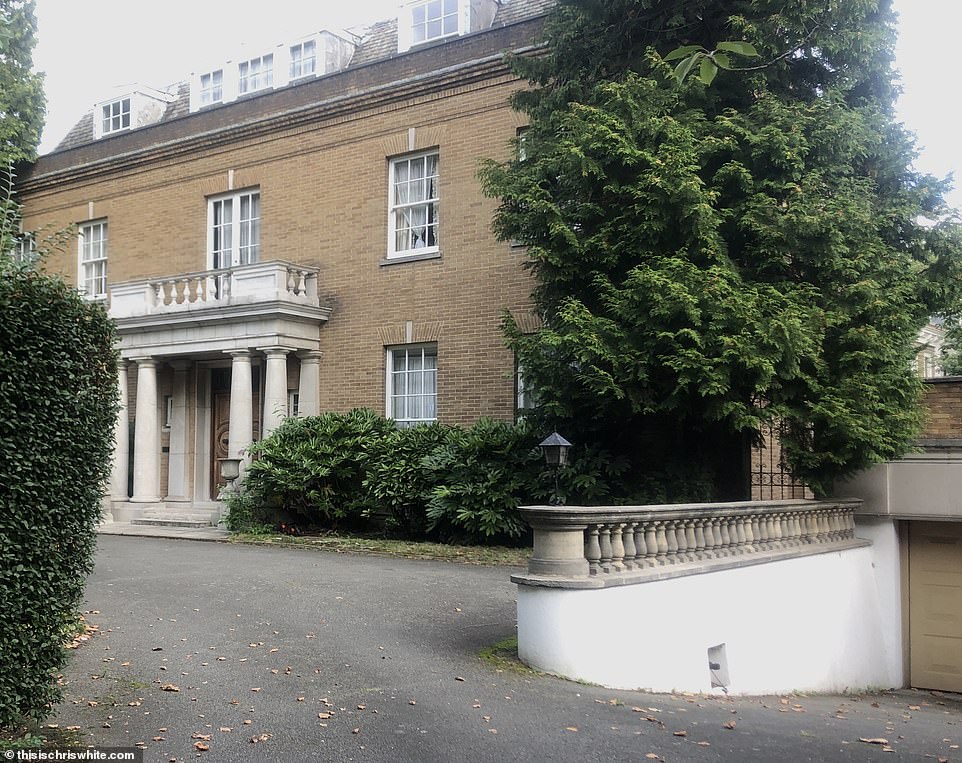 No 34 on the expensive street, an eight bedroom house, is currently on sale for £25 million to potential homeowners 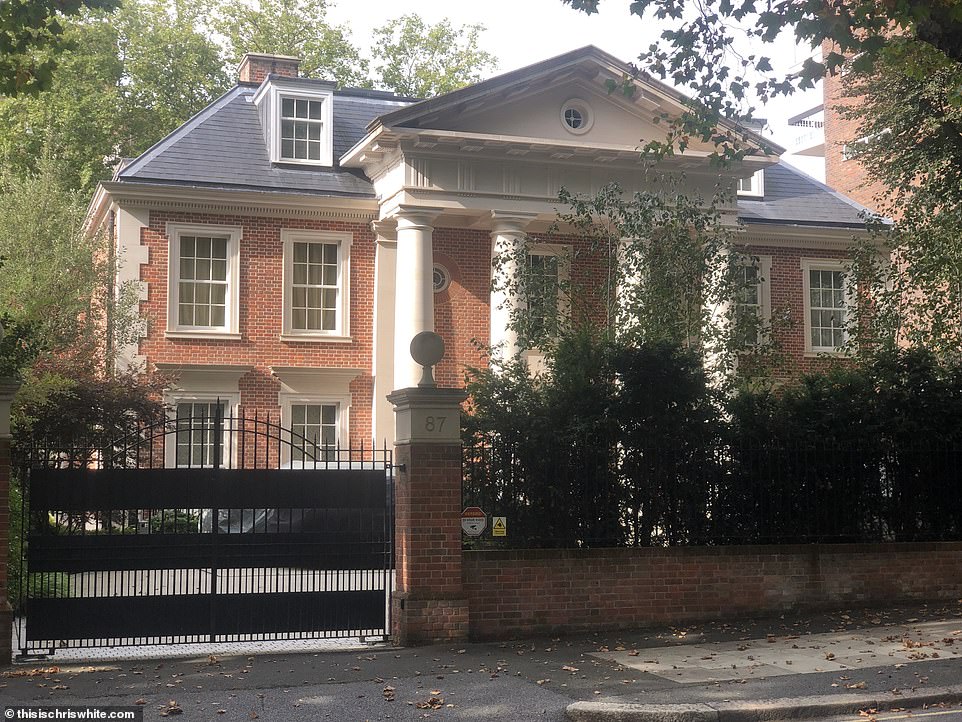 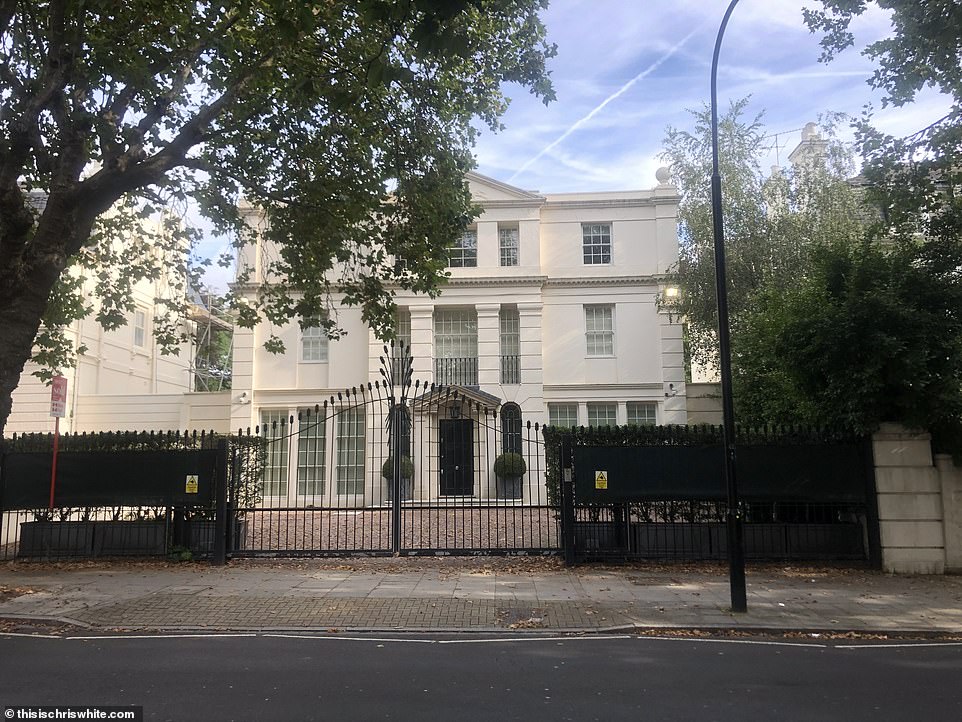 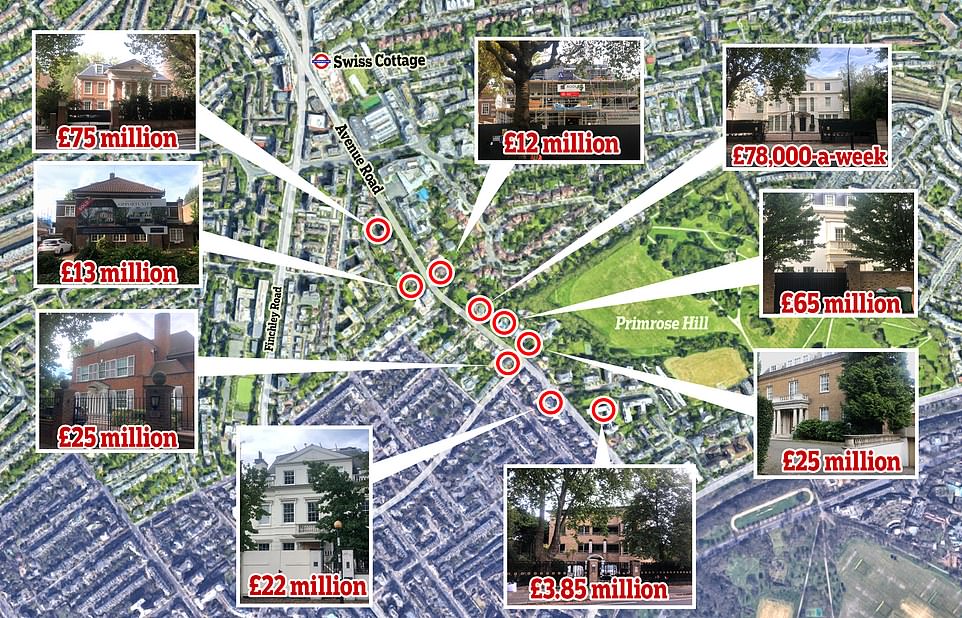 The story is the same at another property, no 52-54, which has been in a dilapidated state for the last four years and was sold for £9.3 million in 2019.

The abandoned house is boarded up and the garden is a mess, but that’s set to change as a new five-storey development is due to be built there.

It is billed as: ‘A new five storey development in the sought after residential area of Primrose Hill. The 5 storey scheme is a luxury residential apartment block accommodating 5 large apartments and on roof level penthouse suite.

Some rich investors have purchased mega-mansions for tens of millions – only to knock them down to build their own colossal structures. 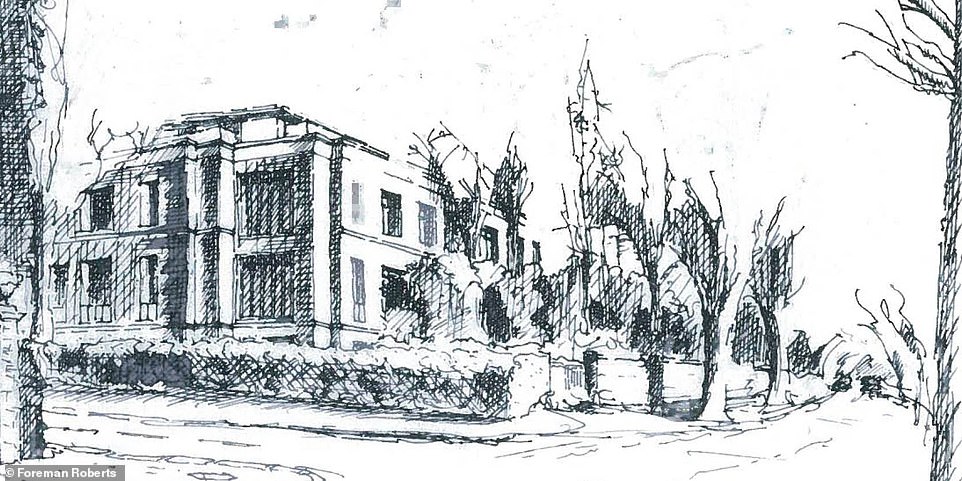 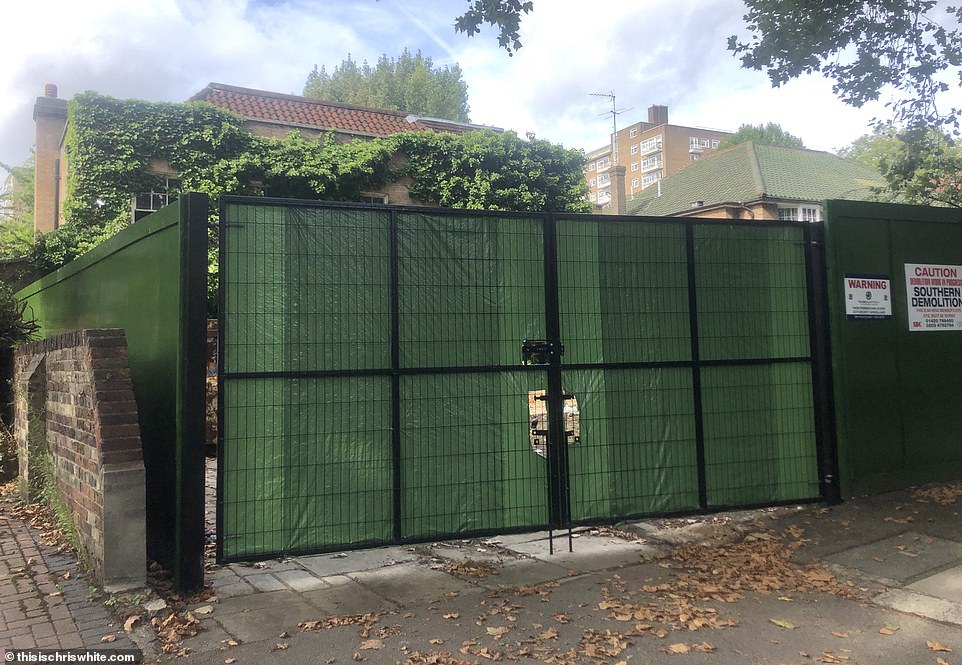 No 79 was sold for £13.5 million in 2019 and the existing 5,216 sq ft property will be demolished and replaced by a newly built mansion, potentially worth up to £35m once complete. 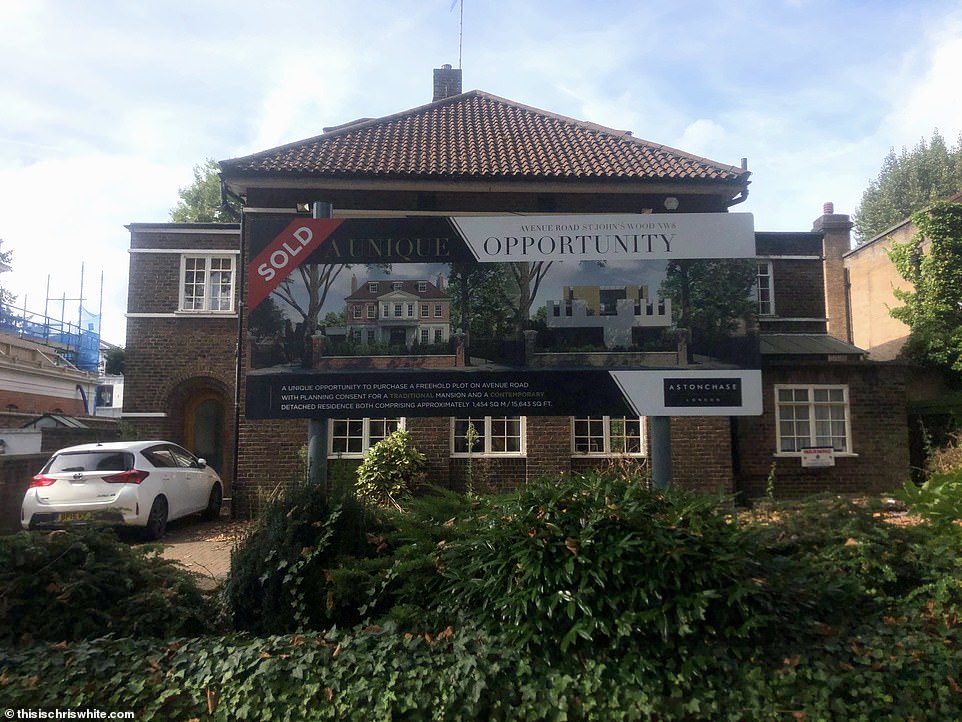 No 77, an eight-bed property, was sold for £13 million in 2020 and was owned by Chincacraft founder Gerald Lipton 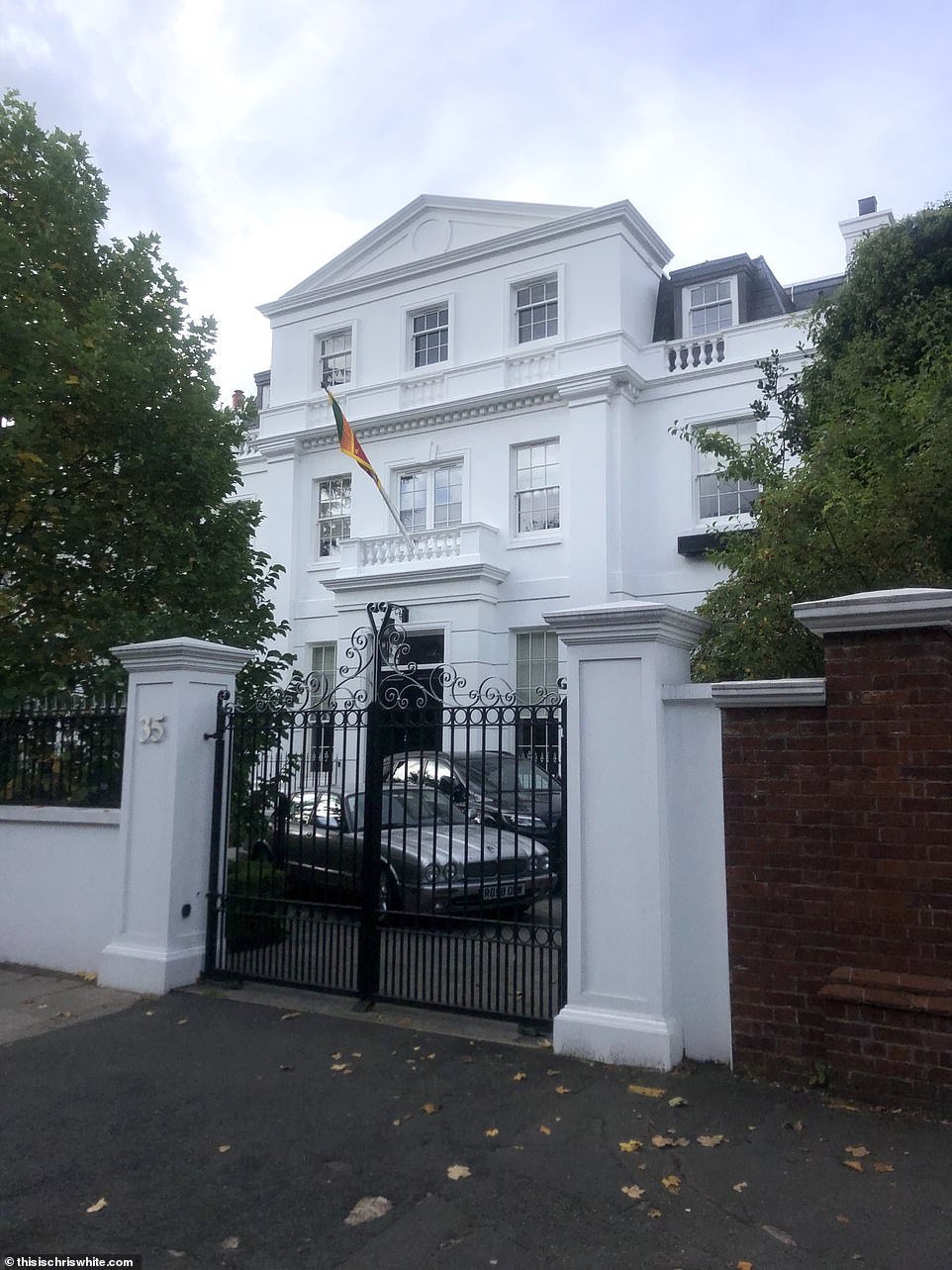 No 75, where a mansion and pool house was demolished and replaced with a new building with an iceberg basement

No 77, an eight-bed property, was sold for £13 million in December 2020 and owned by the late Chincacraft founder Gerald Lipton – but has planning permission for it to be knocked down for a new three-storey structure.

While, no 62, was purchased for £12 million in 2019, with planning permission to be demolished and replaced with a four-storey giant property including a super-basement, which is now halfway to being finished.

Currently, there’s two properties on the street, which are on the market for £25 million. No 14 is an eight-bedroom property, which has the potential to be redeveloped into a 20,000 square foot luxury mansion.

While no 53 – once owned by the family of the late Dorchester owner and renowned billionaire hotelier Toufic Aboukhater – is on at the same price and entices potential buyers by advertising that the six-bed property is yet to have a basement conversion.

No 79 was sold for £13.5 million in 2019 and the existing 5,216 sq ft property will be demolished and replaced by a newly built mansion, potentially worth up to £35m once complete.

As to be expected on the country’s priciest street, renting a property is equally outrageous, with one mansion, at no 46, being let out at £78,000-a-month, with nine bedrooms and bathrooms, games room and gym.

Even a flat isn’t cheap on the ‘Billionaires Row’, with one four-bedroom in The Pavilion, currently on the market for £3.85 million.

Avenue Road was revealed as London and the UK’s most expensive street by Lloyds Bank and is a popular stomping ground for the super-wealthy.