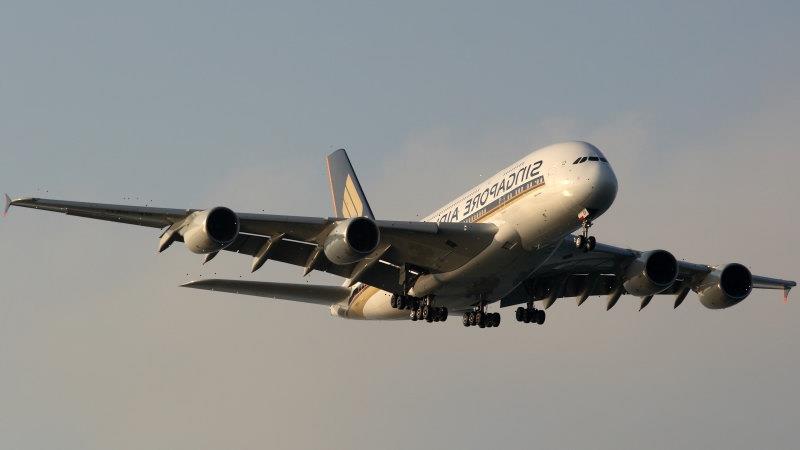 The future of travel? Flights begin to Singapore for the vaccinated only

Singapore: Like the vast majority of people living in Singapore, Kirsten Moench and her husband Ingo haven’t left the south-east Asian city-state since COVID-19 brought international travel to its knees in March last year.

But this week’s opening of a travel lane for vaccinated travellers between their home country, Germany, and Singapore − the first such corridor between Asia and Europe since the pandemic began − has suddenly changed the landscape for them.

Ingo and Kirsten Moench have booked tickets on a Singapore-Frankfurt flight for vaccinated passengers.

They were planning to fly back this month anyway to visit family in Aachen, near Germany’s borders with the Netherlands and Belgium, but now will not need to quarantine when they return to Singapore.

“I’m extremely excited about it … I think it’s a great thing,” said Moench, the head of external communications at the German European School Singapore.

“The positive, I think, for everyone is that at least [travel is] starting with some countries now. I guess it’s a trial so I hope the trial will be positive and then they can open up for more countries.“

The VTL, as the plan has been shortened to, is very much a trial as Singapore, which climbed past a vaccination rate of 80 per cent last week, begins reopening its borders. 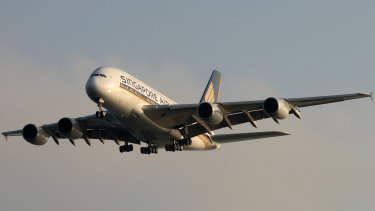 Singapore is taking a cautious approach to reconnecting with the world.

But if successful it may also present a model for how other countries, including Australia, can eventually resume international travel.

Singapore Prime Minister Lee Hsien Loong said in his annual National Day Rally speech last week that the island nation was reopening cautiously, “not in one big bang like some countries”.

The test case with Germany, which already allows arrivals from Singapore to skip quarantine, begins on Tuesday with the first of seven flights a week out of Frankfurt and Munich on which only fully vaccinated passengers can book seats.

After they land at Changi airport, they will need to isolate at home for only the few hours until they have a negative test result.

There are, however, significant guard rails accompanying the two-way link with Germany, where new cases of the virus have been on the rise, exceeding 10,000 a day in the past week.

Besides the limited numbers, passengers can only have been in Germany itself for the 21 days before they fly and must undergo four PCR tests costing about $150 each − one before departure, another upon arrival and a further two in the week afterwards.

Singapore’s internal relaxing of restrictions over the past three weeks, including the reopening of restaurants and gyms to fully vaccinated people, has been followed by an increase to more than 200 new locally acquired infections a day.

And while few are seriously ill − there were 22 people needing oxygen supplementation on Thursday and five in a critical condition in intensive care − there have been 12 deaths since the easing of curbs and Lee’s government is wary of allowing a major surge in cases while children under 12 are not yet vaccinated.

As Singapore prepares to monitor the impact of the new link with Germany, the potential consequences of resuming overseas travel at an 80 per cent vaccination rate have been the subject of furious disagreement in Australia.

Amid the wrangling, there is frustration from airlines eager to know what international travel will look like coming out of the pandemic and how it will work, from testing and vaccine requirements to home quarantine.

Qantas has said it will make vaccination a requirement for travel on its international flights but is yet to formalise a policy.

But Barry Abrams, executive director of the Board of Airline Representatives of Australia, an industry body that includes the international operations of Qantas and Virgin, said attempts to consult the government had gained little traction.

“The frustration is there is now talk from governments about effectively starting to reopen in three months from now and airlines really have no idea what that could mean in practice,” Abrams said.

Singapore Airlines, which is operating five of the seven weekly vaccination-only flights from Germany to Singapore, is among those eager for more clarity.

“It is reassuring to note the rapid pace of vaccinations in Australia, but it is also critical that planning for the re-start of international travel to and from Australia begins now,” said Louis Arul, Singapore Airlines’ south-west Pacific regional vice-president.

In Singapore, the planning is not only more advanced but is being put into action.

Fully vaccinated arrivals from an expanding list of countries, including Australia, can now serve their quarantine period at home, and the introduction of flights for the vaccinated moves the country closer to restoring old norms.

Kirsten Moench plans to spend 2½ weeks back in Germany with husband Ingo, the managing director of a company that manufacturers motion control sensors. When they return to Singapore, the digital vaccination record on their phones will be their ticket straight back in.

“We were prepared to go into quarantine,” she said. “Now things have changed we hopefully don’t have to.”

Our Breaking News Alert will notify you of significant breaking news when it happens. Get it here.