Test and Trace is struggling because people do not want to pick up their phone to unknown numbers, government adviser says

Contact tracers may be struggling to suppress the UK’s Covid-19 outbreak because Britons are not picking up their phones, a government adviser has claimed.

As many as one in five positive cases and two in five close contacts of those infected with the virus were missed by tracers in the latest week for which data is available, according to data from the Department of Health.

And while health protection teams, who have boots on the ground, managed to reach 97 per cent of contacts, the figure for call centres was 58.1 per cent.

Dr Susan Hopkins, medical adviser to NHS Test and Trace, suggested today the system’s ability to stem the spread of the virus is being hampered by people ignoring the number on their phones.

The so-called ‘world-beating’ system has been repeatedly slammed by politicians and public health experts for failing to reach enough people who have been in contact with the virus and ask them to self-isolate. 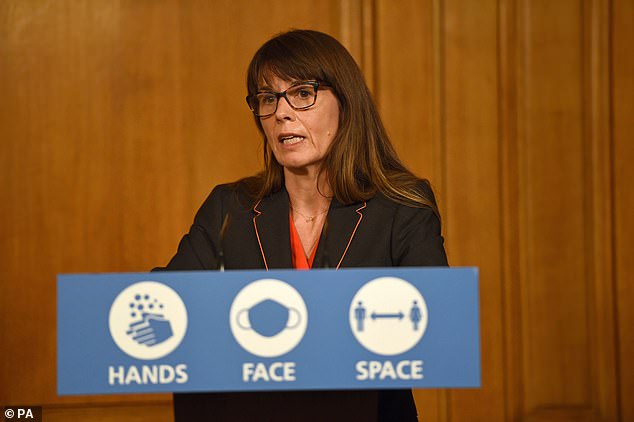 Dr Susan Hopkins, an adviser to NHS Test and Trace, told BBC Breakfast today that part of the reason the system was failing was Britons not picking up their phones

Asked about issues with the system, Dr Hopkins told BBC Breakfast: ‘Firstly, the teams make every effort to call individuals. We do need to get people’s contact details from the primary case.

‘Usually, about one in five individuals, there’s no contact details given. So we struggle to find that individual and then cases through the system.

‘People don’t answer their phones, people don’t want to get a contact from an unknown number.

‘And that’s part of the reason why there’s increasing local contact tracing, working with directors of public health and local councils, so that their local system can find some of these individuals that the national system cannot.’

She added that working with local councils and directors of public health can help them ‘find some of these individuals that the national system cannot’.

A number of experts have urged ministers to use the forthcoming lockdown to ensure that the Test and Trace system is up to scratch.

On Saturday, Dr David Strain, senior clinical lecturer at the University of Exeter, said: ‘In order to minimise the impact of the lockdown on the mental and physical health of the nation as well as the economy, this needs to be accompanied by a clear exit strategy, including an overhauling of the Test and Trace system to ensure it is fit for purpose.’

On the lockdown, Dr Hopkins, who is also deputy director of Public Health England’s National Infection Service, said there was a ‘fine balancing act’ about when to implement a lockdown.

She told Times Radio Breakfast: ‘I think that even if we had done a lockdown earlier, it’s likely we would probably need one again later on. So there’s a fine balancing act about when this occurs.

‘What the lockdown is there to do is to reduce the number of cases and ideally half them, or even reduce them further than that.

‘So what we need to be able to do is see that now, and see that we’re able to effectively do that, and that means the whole of society to be ready to take the steps with us to reduce our transmissions and reduce our contacts.’

What to know on Election Day 2020: Culmination of the battle for the White House