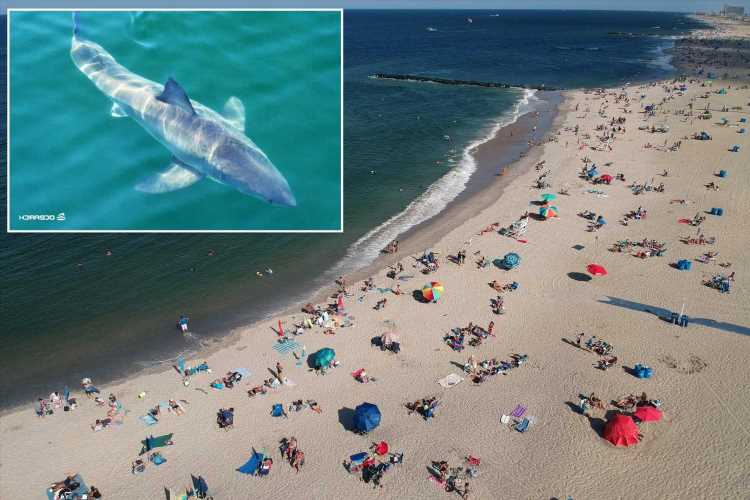 Teenage shark-throb tracked on the prowl in New York waters

The electronically-tagged fish last “pinged” on May 11 off Montauk, and the day before off Long Beach Island, NJ, according to data from Ocearch, a nonprofit organization that tracks white sharks to help increase their population.

Between 15 and 18 years old, Andromache is “just getting ready to come into sexual maturity,” said Ocearch founder Chris Fischer.

“She’s the early arriver. She’s the first of the year to make her way up there,” he said of the northward migration of the great white, who wintered in Florida waters.

The teenage shark-throb was named for the noble wife of the Trojan hero Hector, from Homer’s “Iliad,” to “symbolize the strength, the courage, the maternity of an animal that is fundamental to all of our futures,” Fischer said.

But don’t expect this maneater to surf the dating apps just yet.

With plenty of fish in the ocean, Andromache won’t chews a mating partner for another year or two, when she fully matures. “We’ll know the first time she gets pregnant when she makes that big move offshore,” deep into the Atlantic, Fischer explained.

He expects her to head for summer to Cape Cod, where Ocearch first tagged her in August 2020, once she finishes shaking her tail around Long Island and the Jersey Shore.

Though great whites will “come right up on the beach,” Fischer said the risk of attacks on humans is low, and beachgoers can minimize the risk with some “personal accountability.”

“Go enjoy the ocean, but understand it a little bit,” he said. “The moment you step into the ocean, you’re in the wild.”

So if you see baitfish roiling the water — “don’t swim out in the middle of the food chain,” Fischer advises. Instead, move to a “quieter section of the beach.”

“My number one piece of advice is: Make sure you know what a riptide is, make sure you know how to swim,” Fischer said. “You have thousands of drownings a year — and an odd one or two shark incidents — [but] people are worried about sharks and not riptides.”

Jim Cramer sees more pain ahead in cloud stocks, but some names are getting enticing
Technology