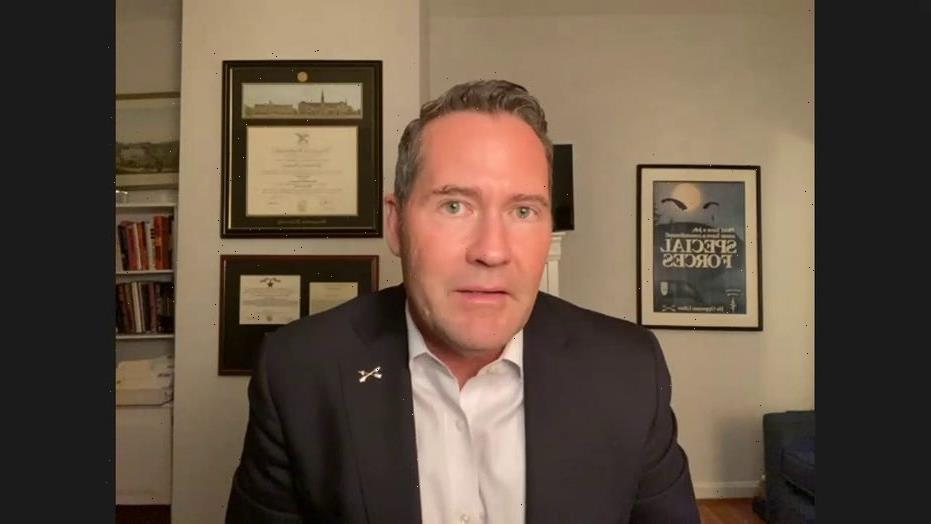 Taliban-bred terrorism will spread to US, Rep. Mike Waltz says: 'Shameful and humiliating' 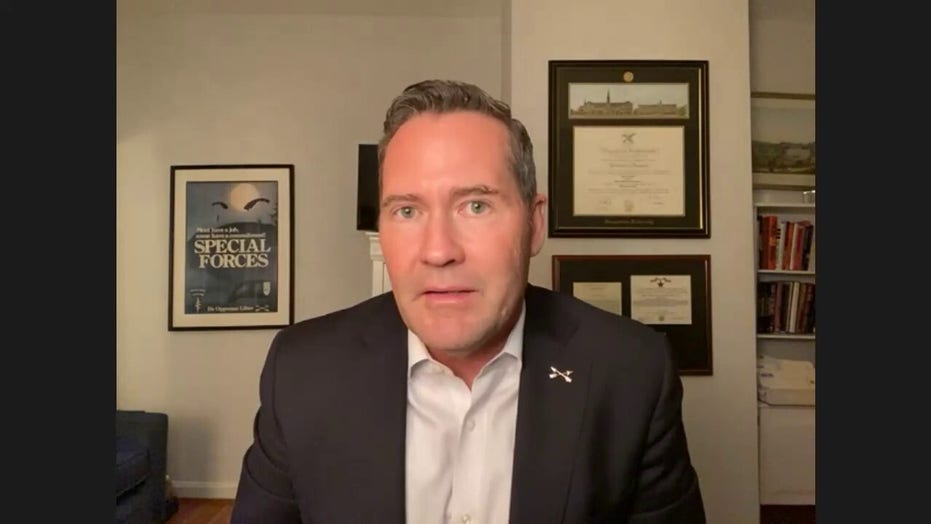 Terrorism bred in Afghanistan under the Taliban "will spread and it will follow us home," Rep. Mike Waltz (R-Fla.) told Fox News in an interview Sunday night.

Terrorism bred in Afghanistan under the Taliban “will spread and it will follow us home,” Rep. Mike Waltz, R-Fla., told Fox News in an interview Sunday night.

Waltz, a former Green Beret, warned that the Taliban will breed terrorism that will eventually make it to the U.S. He also called for the American peace envoy to Afghanistan to resign and criticized President Biden’s leadership and response after the Taliban swept through the Middle Eastern nation.

Waltz said the Taliban are “on the verge of establishing a terrorist sanctuary once again.” He told Fox News that the situation in Afghanistan is worse than it was before the 9/11 terrorist attacks.

“Now the Taliban have access to massive caches of heavy weaponry, artillery, armored vehicles, ammunition,” Waltz told Fox News. “We have no bases, no allies, no host government, not even a northern alliance. This is far worse.”

The Taliban swept through Afghanistan after the U.S. withdrew its troops and on Sunday invaded Kabul, the capital. Afghans have flooded the city’s airport, seeking a way out of the country.

The Taliban have “legitimacy now in jihadi circles of having defeated the world’s greatest super power,” Waltz said. “And we’re sitting there at the table ‘mother, may I’ begging them to please be nice to us. It’s shameful and humiliating.”

Biden, meanwhile, left Washington, D.C., as the Taliban escalated its surge and has not addressed the situation. Fox News emails sent to White House press secretary Jen Psaki on Sunday resulted with automated replies indicating that she would be out of the office until Aug. 22.

Waltz told Fox News: “I don’t know what President Biden is doing. He’s certainly not showing the type of leadership that I think I would expect of a commander-in-chief and that the world needs to see from the United States of America right now.”

He also said that the U.S.’ failure to have plans in place to take care of its Afghan allies or evacuate American citizens meant that resignations were needed.

“The very top of mind is Ambassador [Zalmay] Khalilzad, who has led the negotiation efforts under both the Trump and Biden administration and, frankly, convinced a lot of people that the Taliban had changed, that they were really interested in peace …” Waltz told Fox News.

But in regions the Taliban have overrun, “we’re seeing … retribution killings, targeting of anybody who worked with the United States, women that are in hiding. The Taliban haven’t changed. They’re the same brutal thugs.”

Waltz also had a message for the veterans and victims of terrorism.

“The fact that we are headed into the 20th anniversary of 9/11 where we are about to see Taliban and Al Qaeda flags flying once again over Kabul is just a punch in the gut to every veteran, Gold Star family, 9/11 victim family out there,” Waltz told Fox News.

“But I want them to hear me loud and clear: Their sacrifice was not in vain,” he continued. “America was kept safe for the last two decades.”