Members of the Louisville Metro Police Department's SWAT unit criticized the raid that ended with Breonna Taylor's death, with one member calling it an "egregious act," according to a report.

The criticism about the March 13 raid on Taylor's apartment came during interviews conducted by the department's Profession Integrity Unit with Lt. Dale Massey and other SWAT members, the Louisville Journal-Courier reported.

Officers were serving several warrants on multiple locations when Taylor's home was targeted. She was killed when Sgt. Jonathan Mattingly and detectives Myles Cosgrove and Brett Hankison fired more than 30 rounds after her boyfriend, Kenneth Walker, opened fire.

Walker stated he thought someone was breaking into the residence.

No officers were charged in Taylor's death. Hankinson was fired and faces three counts of wanton endangerment for bullets fired into a nearby apartment unit.

The highly-trained SWAT team responded to Taylor's apartment after the fatal police shooting. Sgt. Brandon Hogan reportedly told interviewers that, in his opinion, identifying a target and what's in the background before an officer opens fire is "basic academy stuff." 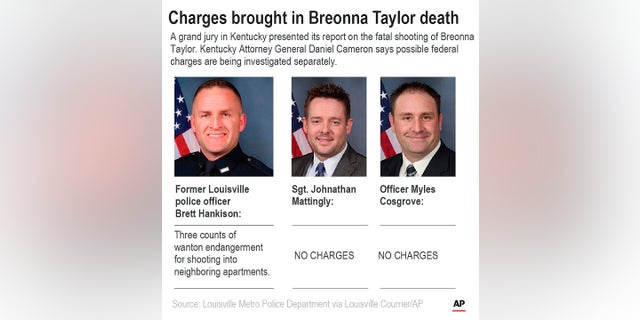 Louisville Metro Police Department Sgt. Jonathan Mattingly, Officer Myles Cosgrove and former officer Brett Hankinson were involved in the raid that ended with Breonna Taylor’s death. Members of the department’s SWAT unit have criticized the raid and its execution, according to internal interviews.

According to accounts given by four SWAT members, the team wasn't aware of the search at Taylor's home until they heard over police radios that an officer — who turned out to be Mattingly – had been wounded.

Massey was asked if he would have executed a warrant in the early morning hours.

"I would've advised them 100 percent not to do it until we were done doin' what we had to do," he said. “I most definitely would have told them, ‘Hey, wait until we’re done and can move some armor to you.'"

He added he would have ordered everyone inside the apartment to come out one at a time to avoid any potential violence. When he arrived at the scene, Massey said he told officers to stand down after observing some of them pointing long rifles at the apartment building.

"I mean, the target identification, there's — there's nothin' to point at because there's cars and everything else, you're just pointin' a gun to point a gun,” he said.

He also said the officers involved in the shooting were not separated, per department policy after an officer-involved shooting. 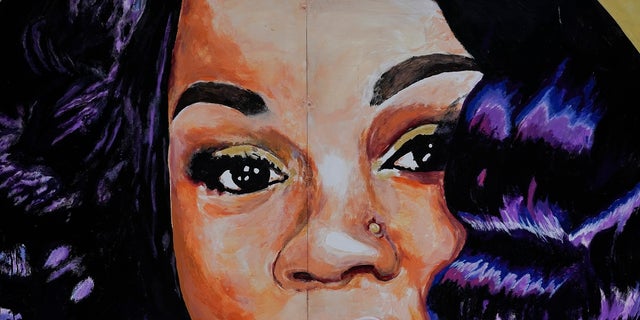 A mural of Breonna Taylor in Louisville, Ky. For months, Taylor’s name has been a rallying cry for Black activists who hoped Black women and their deaths at the hands of police would finally receive the same attention given to cases concerning the extrajudicial killing of Black men. (AP Photo/Darron Cummings, File)

“I remember saying — I believe it was to Lt. (Shawn) Hoover, ‘Man, you need to have him (Cosgrove) separated.' He was too involved with what was goin' on when we got there.”

The police department did not immediately return a Fox News request for comment.

TA: Ethereum Price Plunges 5%, Can Buyers Save The Key $335 Support?