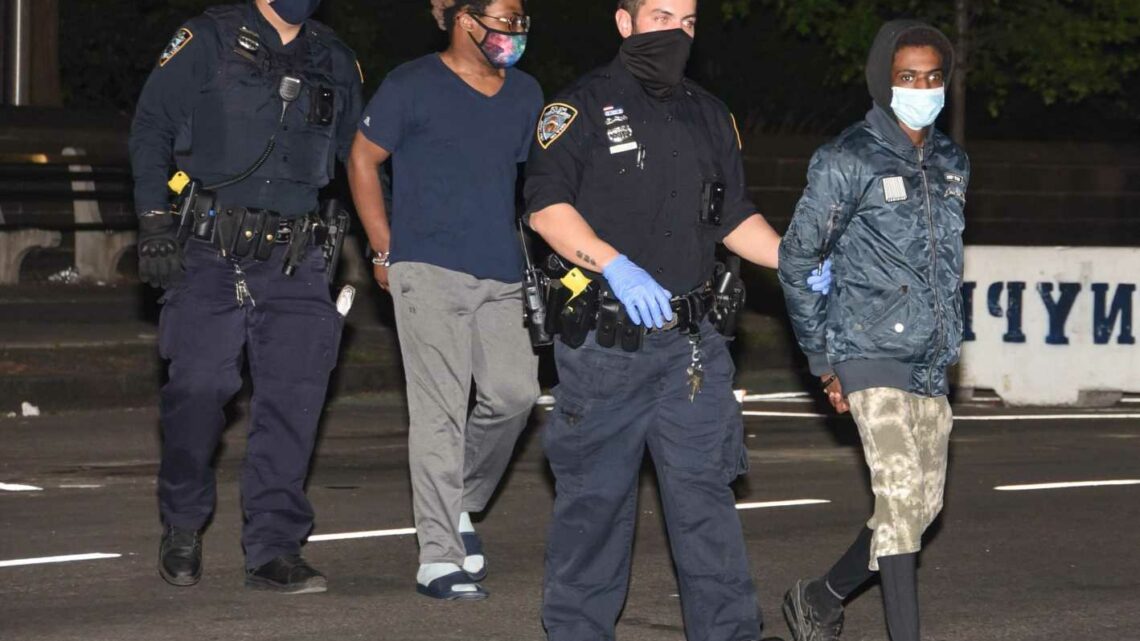 One of the suspects in Friday’s terrifying Manhattan subway slashing spree was nabbed with one victim’s stolen backpack — and the bloodied kitchen knife allegedly used in the attacks, prosecutors said Sunday.

Joseph Foster, 18, was charged Sunday with first-degree robbery, two counts of second-degree robbery and criminal possession of a weapon for his role in the reign of terror underground, including a slashing that left a sleeping straphanger blind in one eye.

Foster was held on $250,000 bail at his arraignment Sunday afternoon.

He and his accomplices are accused in four separate slashings that occurred Friday morning along the 6 and D train lines in Manhattan in what prosecutors said was a “gang initiation.”

Foster had the blinded victim’s stolen backpack when cops arrested him, prosecutors said. They found the serrated kitchen knife allegedly used in the attacks inside.

The teen had also been collared on January 13 on first-degree robbery charges for an alleged knifepoint mugging and stabbing of a cyclist. He was released without bail at the time.

Defense attorney Patricia Wright on Sunday pleaded to Judge James Burke for leniency in setting bail, insisting “there are no injuries caused by [Foster’s] involvement.”

“He has a 3-year-old daughter. He graduated high school. Track and field, played football,” Wright said. “He was released on supervised release. He has a history of perfect attendance with his cases. Monetary bail is not necessary.”

Foster and his pals “embarked on a violent robbery spree” just after 4 a.m. Friday that began with multiple thefts at 53rd Street and Lexington Avenue before continuing south, prosecutors said.

“This defendant slashed one individual in the face, while one of his separately charged defendants screamed, ‘Do it again,’” at Union Square, Byrns said.

NYPD Commissioner Dermot Shea speaks in Columbus Circle about the arrest of some of the suspects in the subway attacks.

Foster is being charged along with an unnamed 16-year-old minor, who was charged Saturday night, and Taquarious Soto-Burgos, who is set to be arraigned later Sunday.

CDC recommends US schools continue to use masks