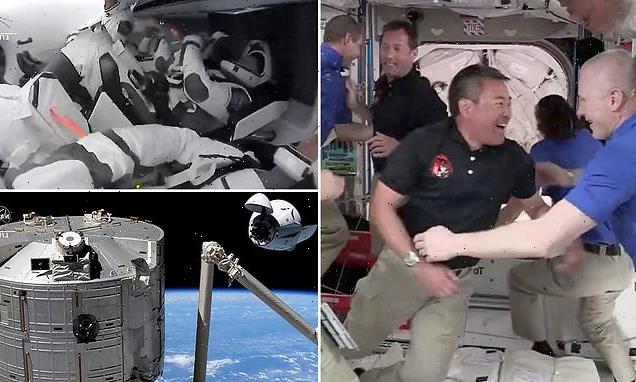 REVEALED: SpaceX rocket with four astronauts on board had near miss with UFO en route to the International Space Station

The four astronauts on board the SpaceX Crew Dragon spacecraft were told that they could possibly be on a collision course with an ‘unknown’ object before docking at the International Space Station, NASA has revealed.

A recycled SpaceX capsule carrying four astronauts arrived at the space station on Saturday – a day after launching from NASA’s Kennedy Space Center.

The Dragon capsule docked autonomously with the orbiting outpost more than 260 miles above the Indian Ocean.

But the four astronauts in the recycled capsule were told to prepare to collide into an unidentified object just seven hours after launching from Kennedy Space Center on Friday, Futurism reported. 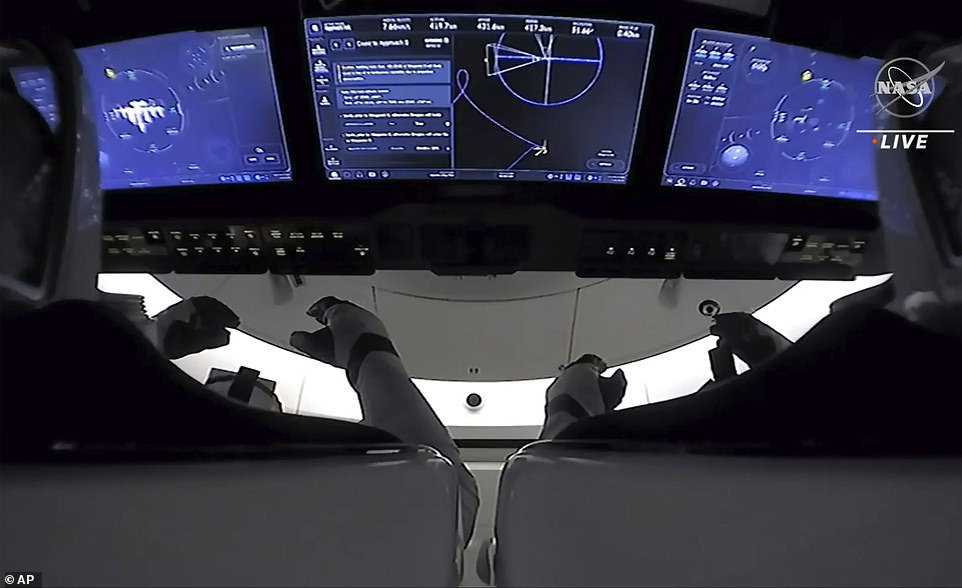 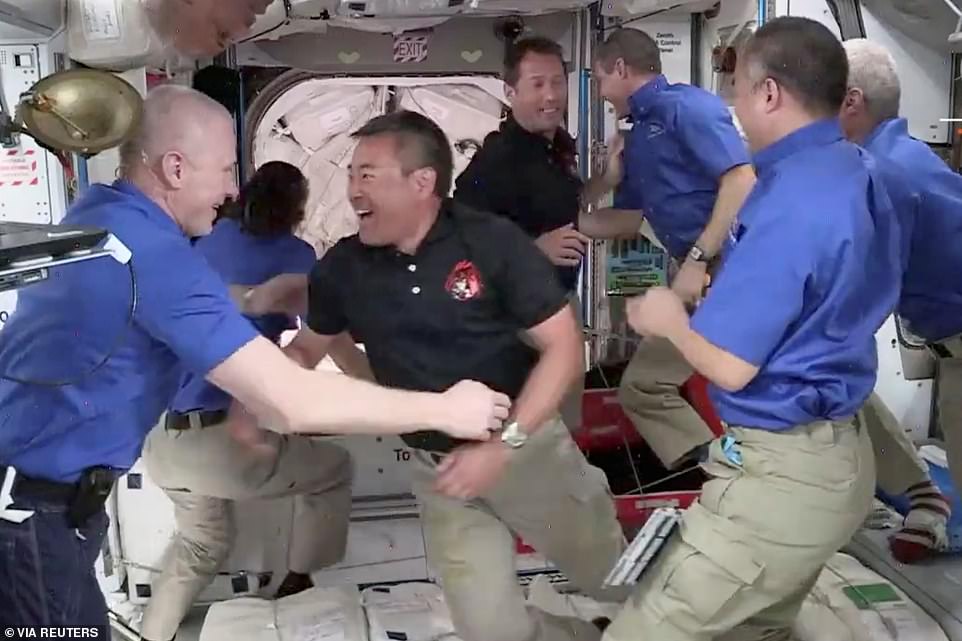 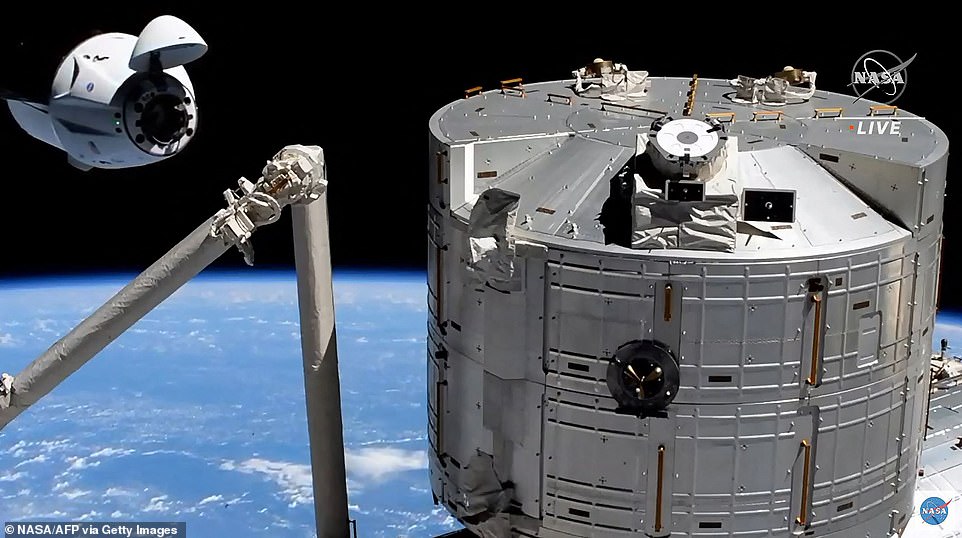 The four astronauts in the recycled capsule were told to prepare to collide into an unidentified object just seven hours after launching from Kennedy Space Center on Friday. The image above shows the SpaceX Crew Dragon 60ft away from the docking access of the ISS on Saturday 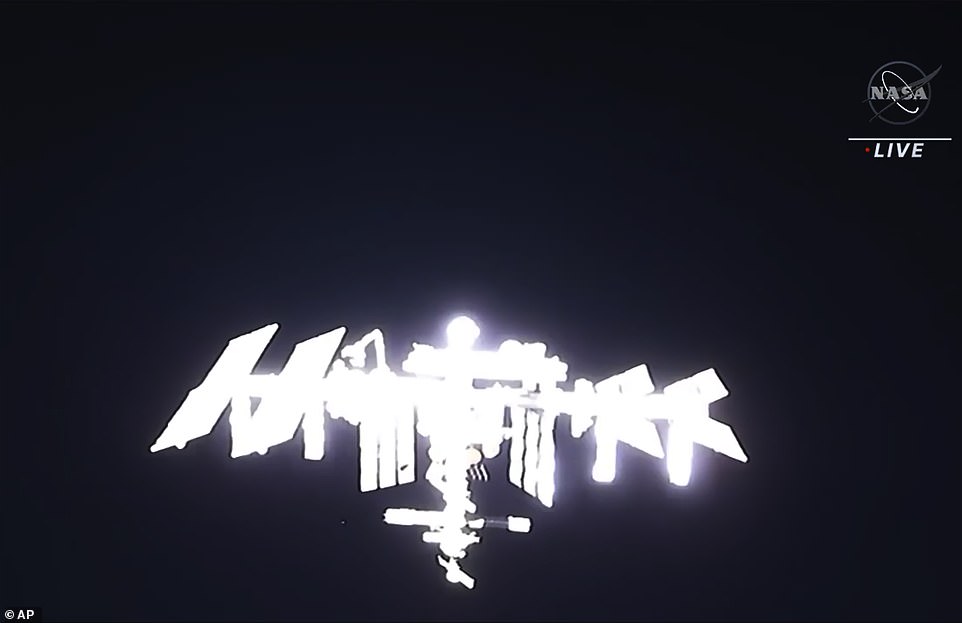 In this image made from NASA TV, the ISS is lit by sunlight as it is seen from the SpaceX Crew Dragon on Saturday

‘The NASA/SpaceX team was informed of the possible conjunction by US Space Command,’ NASA spokesperson Kelly Humphries told Futurism.

‘The object being tracked is classified as “unknown”.’

According to Humphries, there was no time for the astronauts to perform a maneuver to evade the object.

So SpaceX told the astronauts to put on their pressurized suits in case of a collision.

‘The possibility of the conjunction came so close to the closest approach time that there wasn’t time to compute and execute a debris avoidance maneuver with confidence, so the SpaceX team elected to have the crew don their pressure suits out of an abundance of caution,’ Humphries said.

The US Space Command said that the Pentagon told NASA of the possible collision at around 1:30pm on Friday – around seven hours after the initial launch.

‘After further analysis, the 18th Space Control Squadron quickly determined there was no conjunction threat, all aboard are safe and the spacecraft was not at risk,’ US Space Command spokesperson Erin Dick said.

Humphries said that in hindsight, the unidentified object was 45 kilometers from the spacecraft at its closest point, which was enough to pose a threat of a collision.

Ultimately, ‘there was no real danger to the crew or the spacecraft,’ according to Humphries.

The Dragon capsule docked with the orbiting outpost more than 260 miles above the Indian Ocean, a day after launching from NASA’s Kennedy Space Center.

The new arrivals, representing the U.S, France and Japan, will now spend six months at the space station and will replace four astronauts who will return to Earth in their own Dragon capsule on Wednesday. 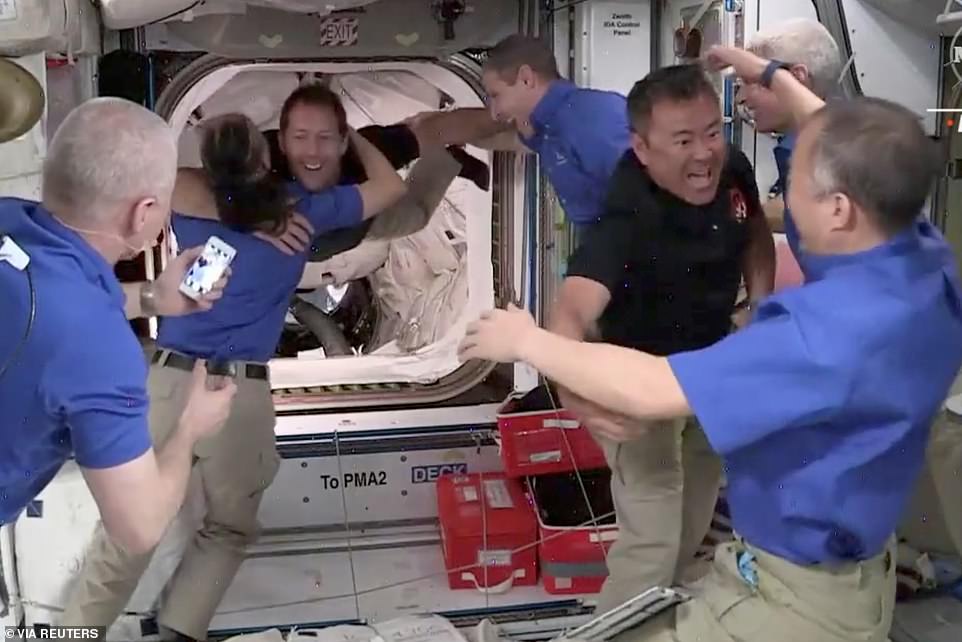 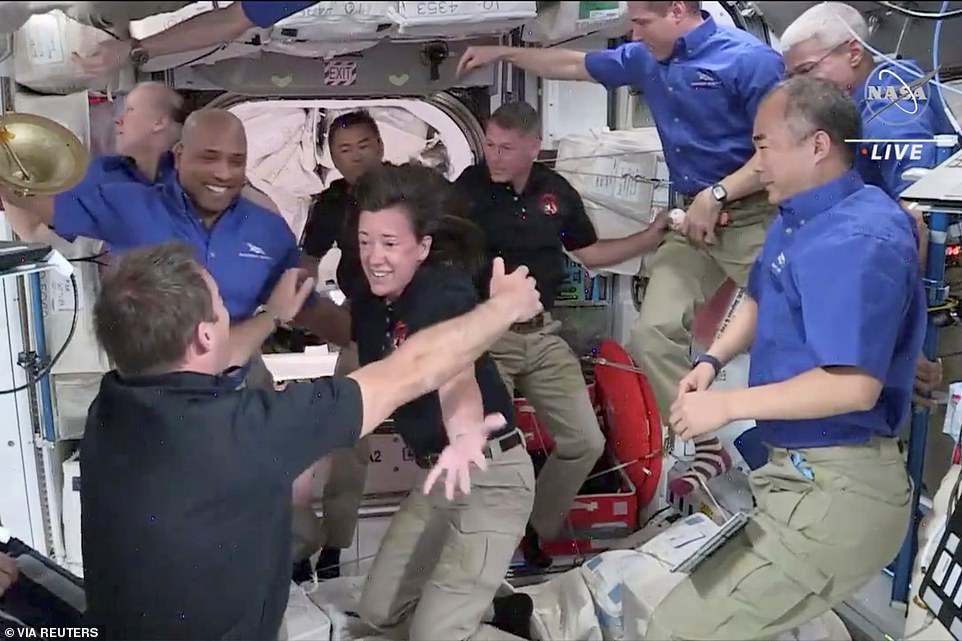 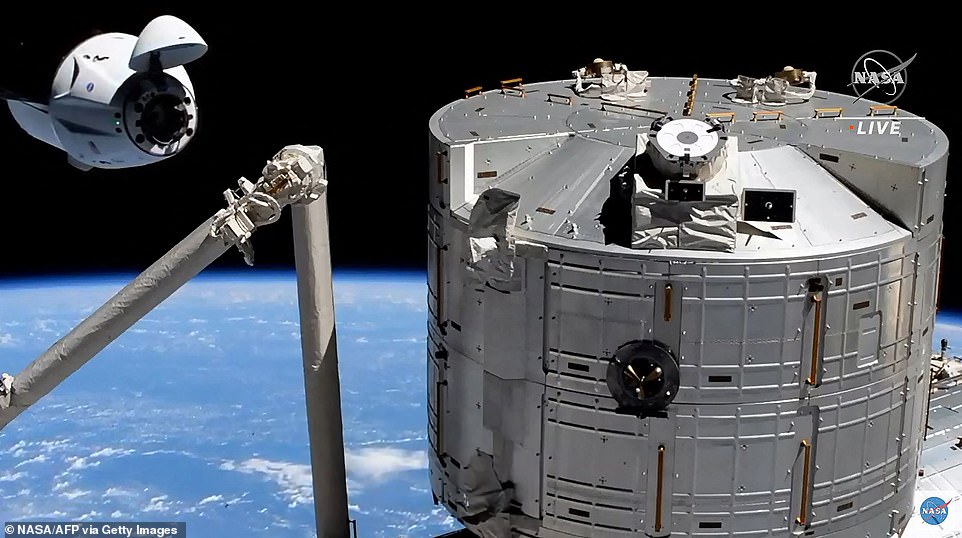 The NASA lived feed showed the SpaceX Crew Dragon about 60ft away from docking, 260 miles above Earth

It is the first time two SpaceX crew Dragons have been parked in space at the same time.

Shannon Walker, the space station’s commander, said: ‘We are so excited to have you aboard.

Although this was SpaceX’s third crew flight for NASA, it was the first to use a vehicle which has flown before, an essential part of Musk’s push to the moon and Mars. 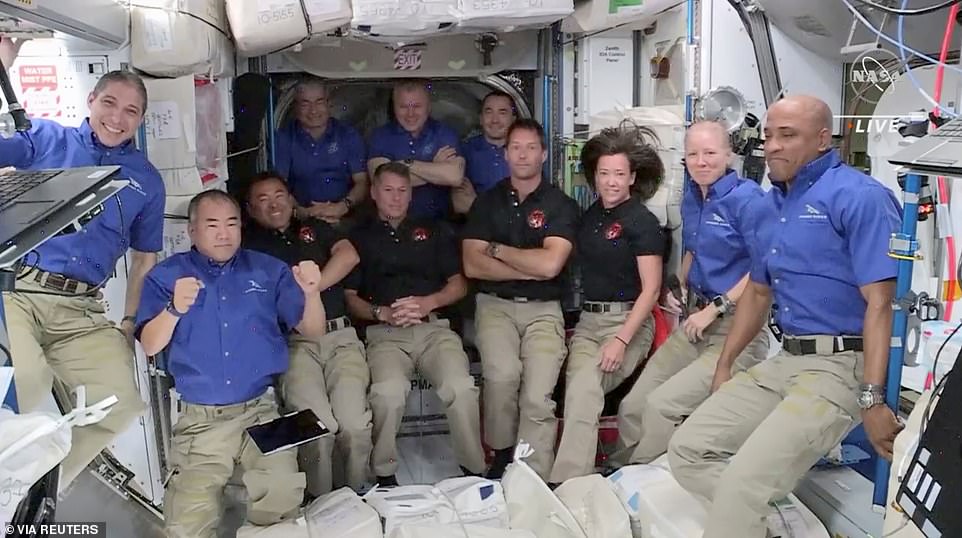 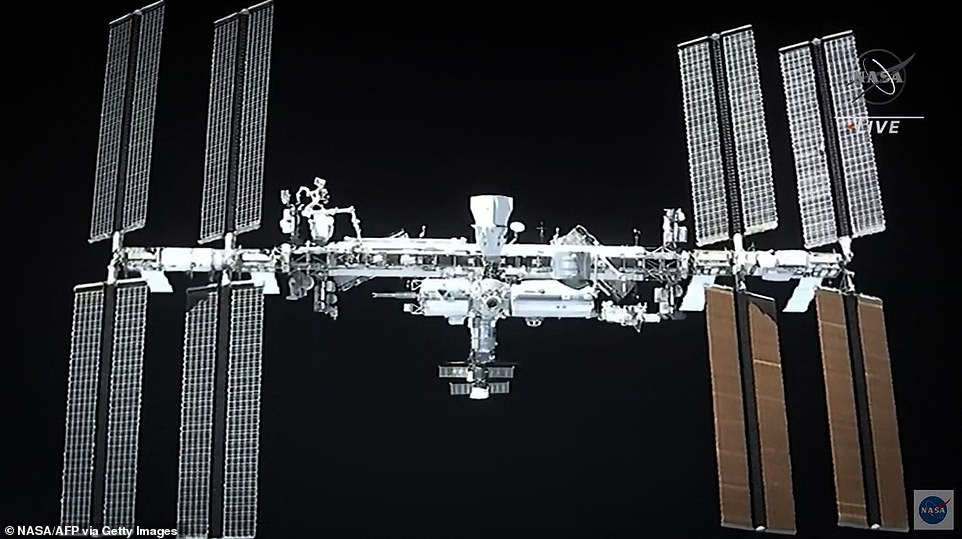 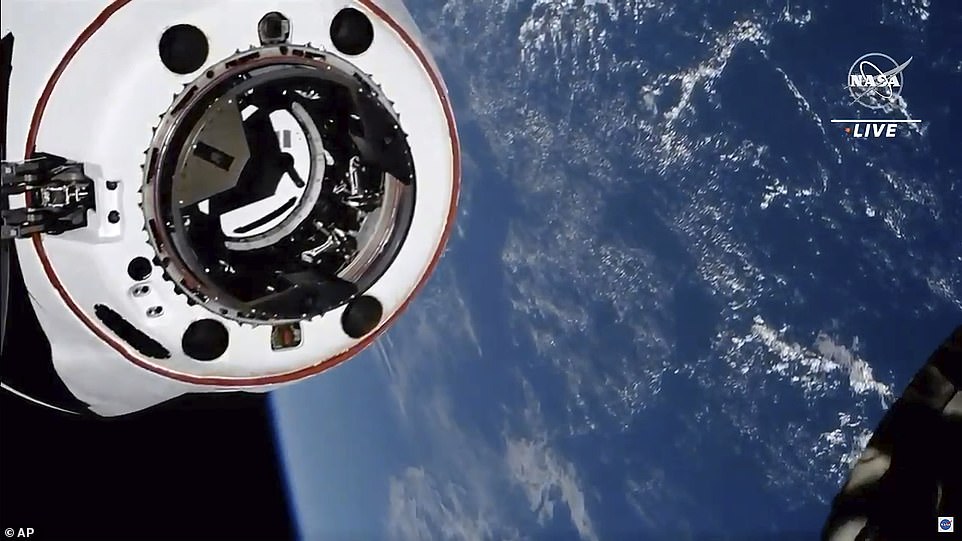 This incredible image from NASA TV shows the SpaceX Crew Dragon spacecraft, with the Earth behind, approaching the International Space Station 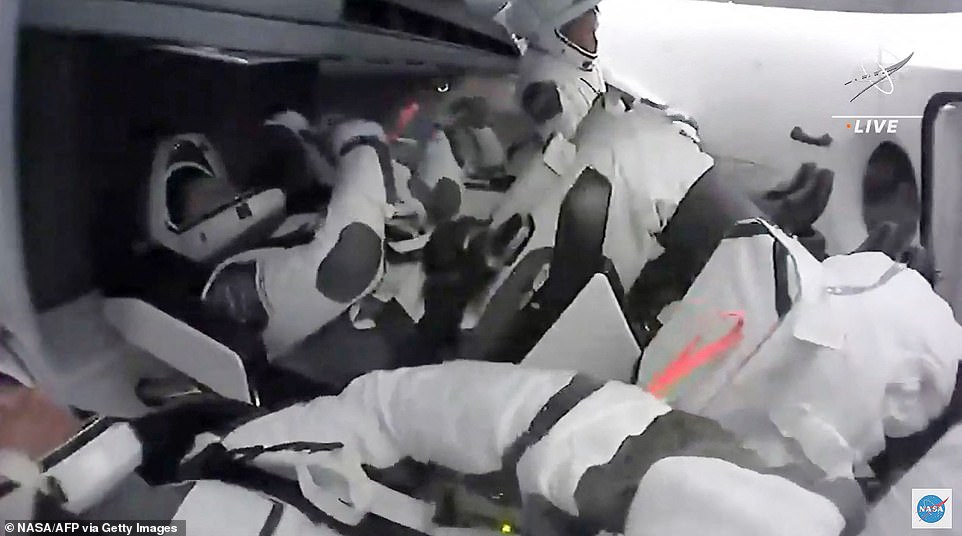 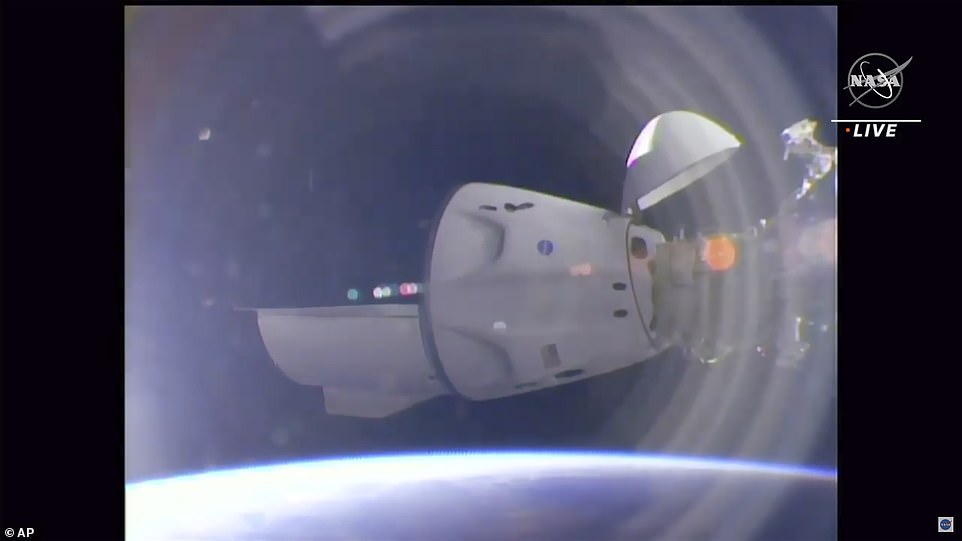 The SpaceX Crew Dragon, and its four astronauts, is seen safely docked in this impressive picture from NASA TV 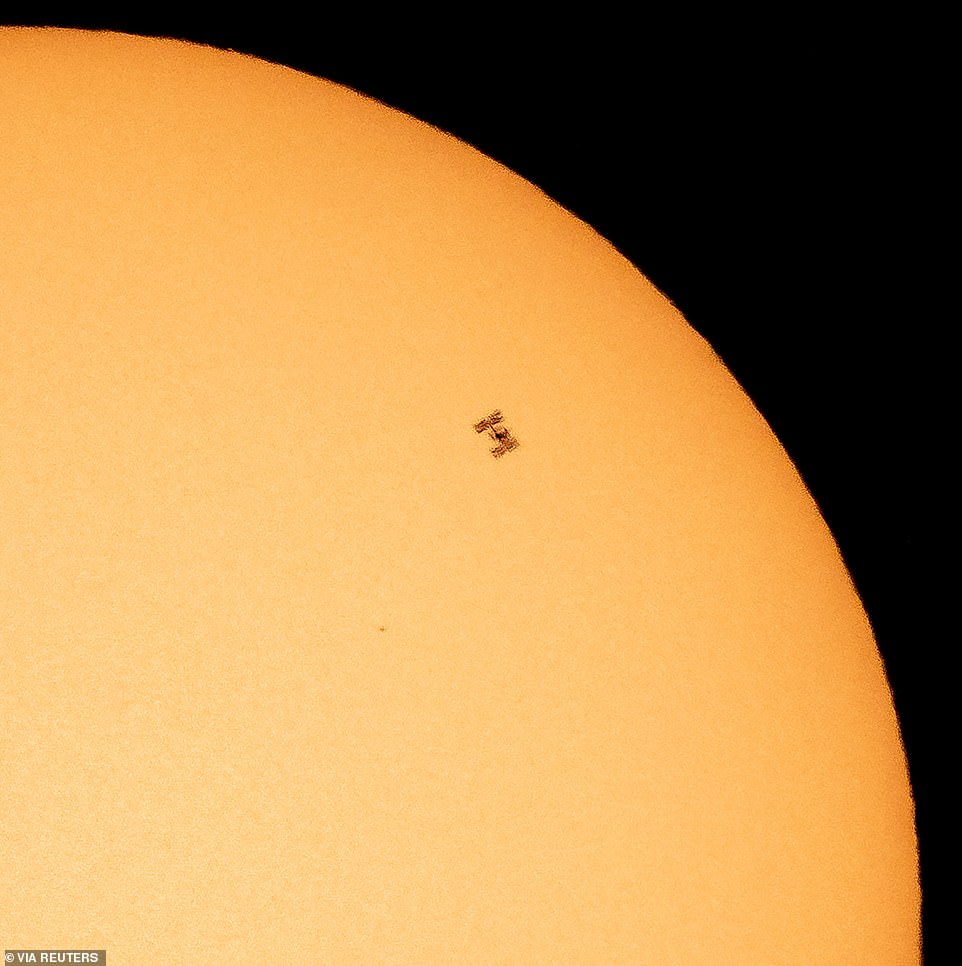 The International Space Station, with its 11 crew safely aboard, is seen in silhouette as it travels at about five miles per second

NASA had previously been reliant on Russia’s Soyuz program since its own shuttle program ended in 2011.

NASA astronauts Shane Kimbrough and Megan McArthur – the commander and pilot of the returning Dragon – monitored their capsule’s flat screen computers as the space station loomed ever larger.

They could have taken control if necessary, but the autonomous system did its job, much like a self-driving car. 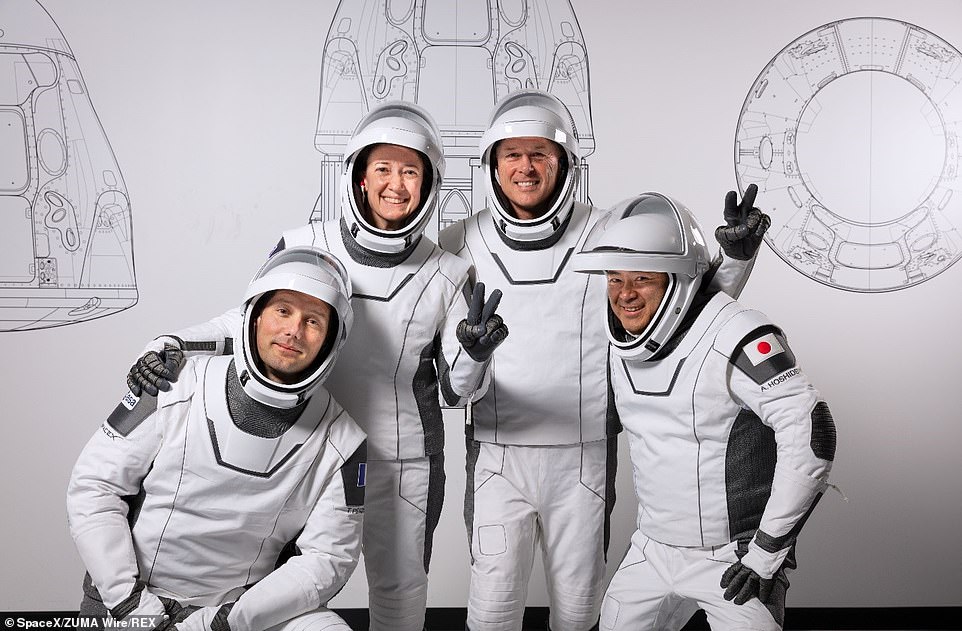 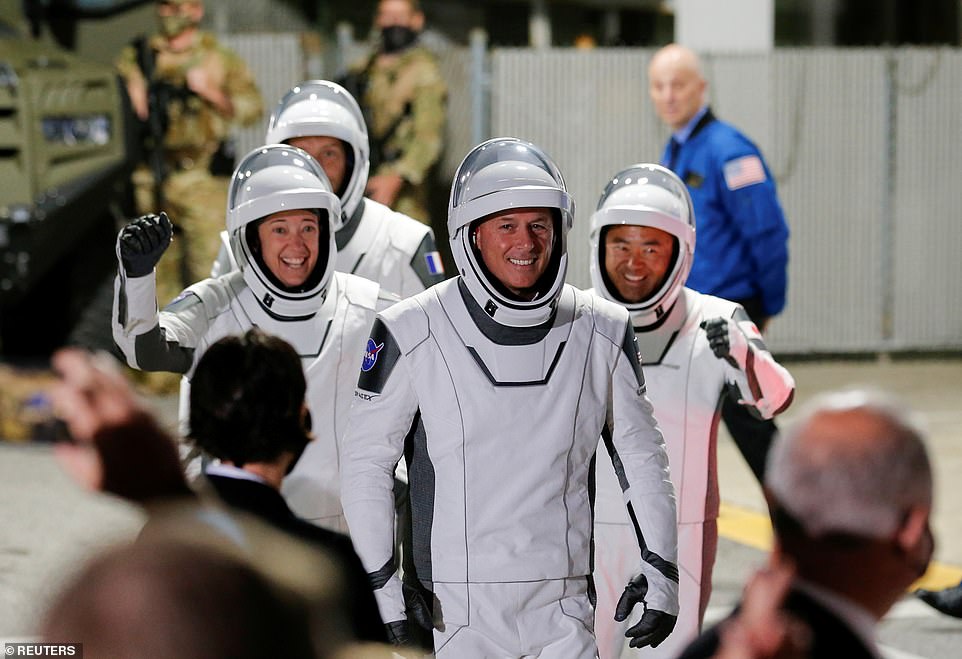 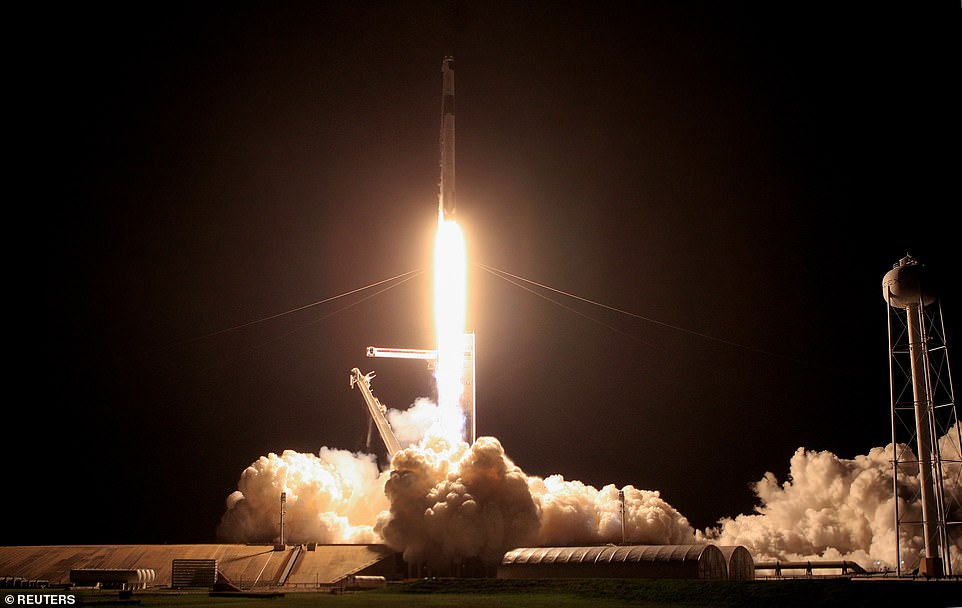 The dramatic moment the SpaceX Falcon rocket blasted off from Cape Canaveral, Florida, is captured in this image 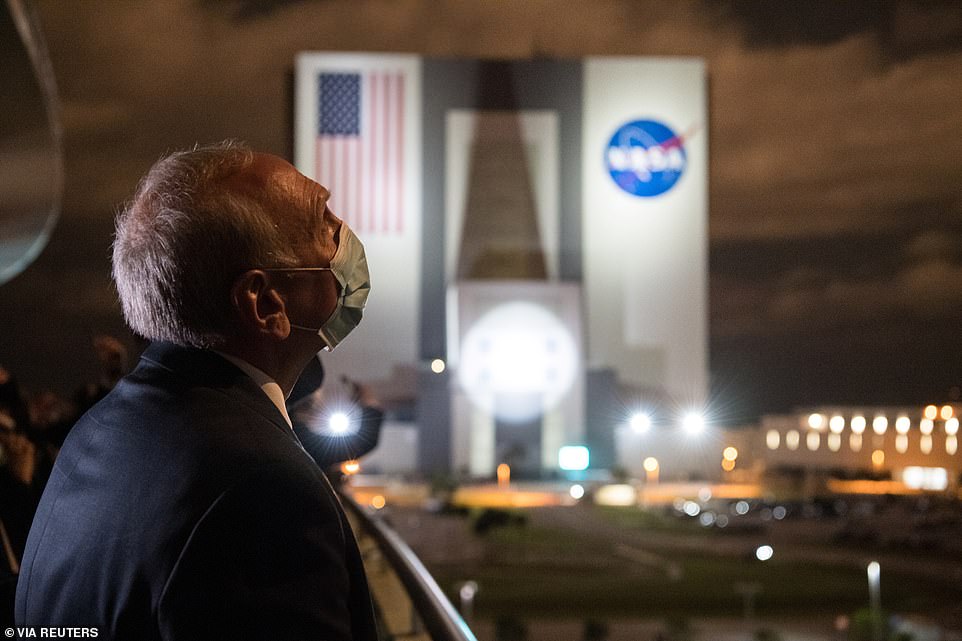 ‘NASA TV will continue to provide live coverage through the welcoming ceremony with leadership from NASA, ESA and JAXA to greet the crew on station.’

SpaceX boss Elon Musk added: ‘I’m just really proud of the SpaceX team and honoured to be partnered with NASA and helping with Jaxa and ESA as well.

‘It’s very intense, I suppose it does get a little bit easier but it’s still extremely intense 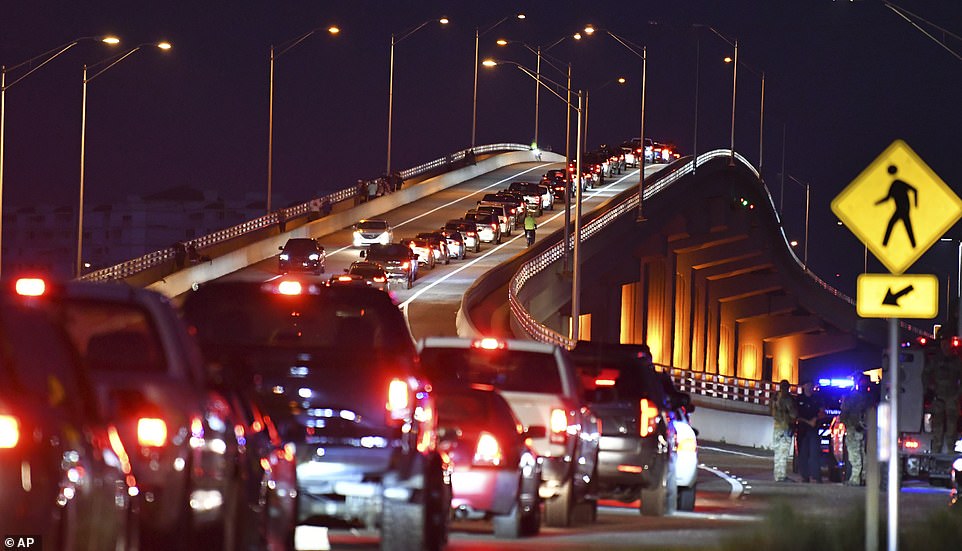 Vehicles and spectators gather on the A. Max Brewer Memorial Bridge in Titusville, Florida, to watch the launch of the SpaceX Falcon 9 rocket

The last time three agencies launched for the ISS from US soil was in 2002 on the Space Shuttle Endeavour.

‘There’s a lot of expectations when you send a Frenchman into space,’ Pesquet said during a European Space Agency news conference last month. ‘I’m a terrible cook myself, but it’s OK if people are doing it for me.’

He and his crewmates will feast on dishes prepared by three separate French culinary institutions, but the meals are only for special occasions.